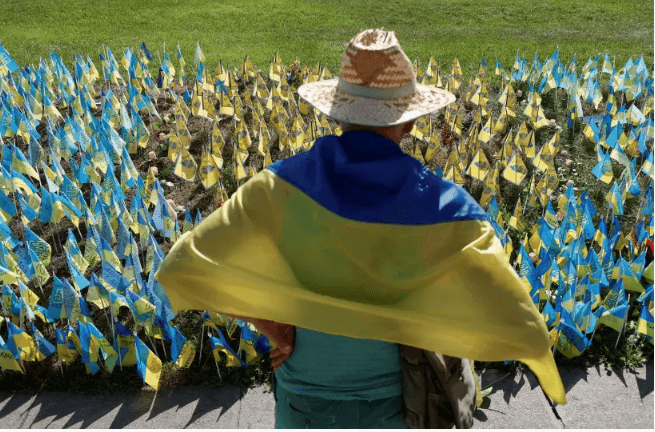 The fear of the use of nuclear weapons by Russia against Ukraine looms over the current crisis, but some Ukrainians have found a… creative solution.

The organizers claim that the event, in which the locals will give up the atomic shelters and bunkers in favor of a sexual celebration, is so popular that “for some reason, all the apartments with a view of the hill have disappeared from real estate sites.”

What do Ukrainians think about this idea?

A local woman said that the program embodies the optimistic Ukrainian spirit and growing self-confidence over their chances of winning the war in an interview with Radio Free Europe.

“It’s the opposite of despair. Even in the worst scenario, people are looking for something good,” she said. “This is the mega-optimism of the Ukrainians.”

“It’s the opposite of despair. Even in the worst scenario, people are looking for something good.”

Another person added that “it’s an attempt to show that the more they try to scare us, the more we’ll turn it into something else. Humor helps. It’s a response to the Russian threat.”

On a more serious note

Meanwhile, on the more serious side of Kyiv, the authorities have started handing out potassium iodide pills for fear of a nuclear attack. The city council of the Ukrainian capital confirmed that it provides shelters and evacuation centers in preparation.

The pills can help block harmful radiation in the thyroid gland in the event of a nuclear disaster if taken right before or immediately after exposure to nuclear radiation. Kyiv authorities said in a statement that they would distribute the pills in areas contaminated by nuclear radiation if evacuation was necessary.