I have been very preoccupied with events in Ukraine and surrounding territories in the last couple of weeks or so that I have dropped the ball on a lot of other things happening elsewhere.

However, I have been very aware of the ship that was stuck in the Suez canal. holding up international trade for some days.

There is another largely-unknown aspect to this unless you are following the “conspiracy”community.

This from mainstream media. 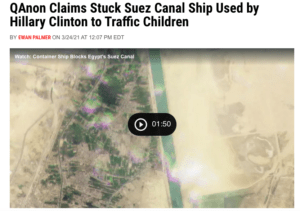 Followers of the QAnon conspiracy theory trying to find meaning behind the blocking of the Suez Canal by a cargo ship claim that the vessel is being used by Hillary Clinton for child sex trafficking.

Some supporters of the radical movement are suggesting the 400-meter-long Ever Given currently stuck in Egypt is being used to abuse children on behalf of the cabal of pedophiles that they believe runs the U.S.

Others claim the children held captive on the ship will be revealed to the world live on camera, justifying their beliefs.

Any time the corporate media shoots down a story that would in ordinary times be just ignored as “crazy talk” I immediately assume there is more to the story than we are being allowed to know.

There are two big things that can NEVER EVER be discussed:

Just have a look at TruNews. They talk about all sorts of topics but as soon as they went back to another Israeli extortion pedophile story they were removed from Facebook. It was a discussion with a friend, the article below and finally this testimony from Ally, a pedophile sex trafficking survivor that made me sit up and listen.

Over a thousand trafficked children and dead bodies have been rescued out of shipping containers in the Suez Canal by US Navy Seals. Sources say that as of this writing, children were still being rescued and bodies discovered in Evergreen’s 18,000+ containers. The containers were on an Evergreen Corporation ship that blocked the Canal from Tues. 23 March to Mon 29 March, causing billions in lost revenue to shipping companies internationally.

The Seals also found Weapons of Mass Destruction on the six story high vessel – which were believed destined to start a war in the Middle East.

Finally by Tues. the Evergreen cargo ship was loosened and taken to Bitter Lake in Egypt. By order of the Egyptian President, the containers were taken off the ship and searched by US Navy Seals.

The Japanese-owned, Taiwanese-operated ship of Evergreen Corporation was actually co-owned by Walmart and the Clinton Foundation – known for it’s international child trafficking ring. The children were said ordered out of magazines like Wayfair by pedophiles who paid big bucks for certain abused children.

Think this was just a conspiracy theory? Here was the testimony of a brave Trafficked Survivor who claimed that as a child, she was strapped inside one of those Evergreen human trafficking containers:

Evergreen was believed to not only be carrying trafficked children, but Weapons of Mass Destruction. Many other ships that were blocked in the Suez Canal last week were also discovered to be carrying weapons – believed to be used to start a war in the Middle-East. Why? The weapons were going to be given to the Muslims by the Israel Mossad.

Human traffickers were being arrested and cartels busted – losing critical income for their owners worldwide. The Deep State Operation was said to have lost 400 million $ an hour while the ships were stuck for a week – that would pale in comparison to what those children were undergoing.

Evergreen vessels were having problems in ports all over the world. Why? Why were Special Ops US Navy Seals magically on the scene to rescue the children? Was the ship purposely run aground? It was rumored that holes in Microsoft software allowed someone, or ones, to hack into the Evergreen ship software, take over the steering and run it into the bank.

We may never be given the whole story. So far the Evergreen ship’s Capitan in the Suez Canal has refused to cooperate. Now why on earth would a Ship’s Captain not cooperate, unless there were major reasons? Won’t hand over the black box?

Why would a vessel of that size from Taiwan list it’s first destination as the Netherlands? Why would the below news article NOT mention Amsterdam? (Only Dutch) Lots of significant signals and clues were being released. Egypt could seek $1 billion from ship Ever Given: https://www.usatoday.com/story/news/world/2021/04/01/suez-canal-blockage-egypt-could-seek-1-billion-ship-ever-given/4833205001/

Guido Fawkes Telegram on Thurs. 1 April: “Ever Given has been boarded by the US Navy Seals and they have opened several cargo containers with live and dead inside. The vessel is in Bitter Lake and the Navy is performing unloading procedures. No images will be leaked, but I have been sent one.”

This is a must listen to…

The above video is the audio I edited from Ally’s IG Live from March 28, 2021. It was from her LanisTruth account, which you’ll see the link for below.

Her Instagram profiles are currently private, so if you don’t see her content directly right away, be patient. There’s likely thousands of people waiting to watch her content.

She has her accounts private for a reason.

Here are a few pictures related to what Ally talks about in the above recording. 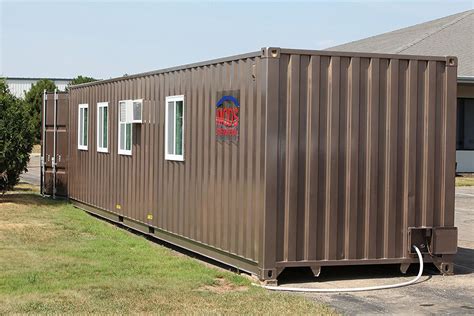 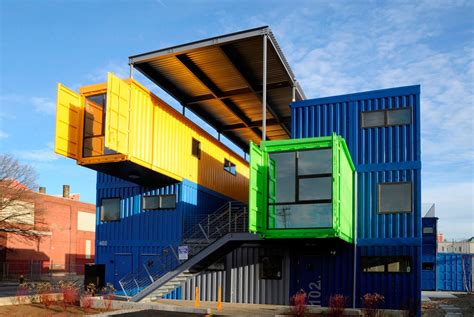 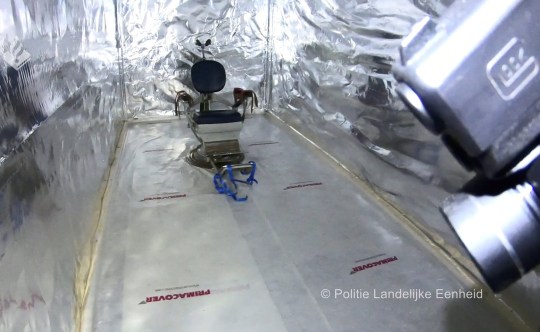 And here are a couple other videos that other people have put together of Ally sharing her story and some of the events that have happened in her life.

I am not one to pay that much attention to numerology and vague coincidences: I like specific evidence.  However, I also do not believe in coinkydinks. 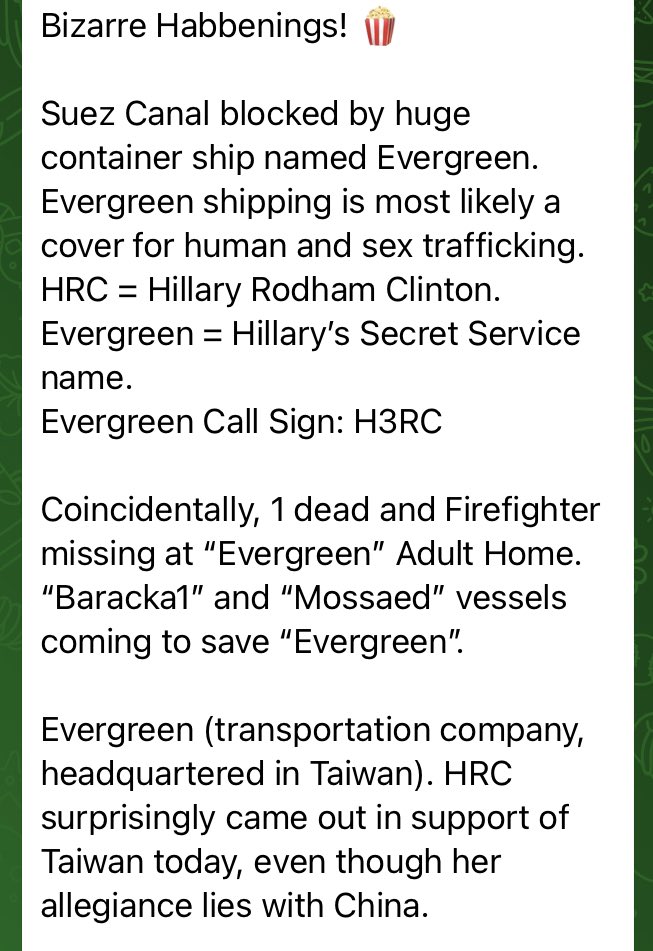 I have never listened to Simon Parkes before:

Simon discusses how the White Hats have now taken down what could be one of the largest pedophile rings this world has ever bore witness to. He also covers other Deep State updates and what may be on the horizon.