This has been making the rounds. I do not think this should be taken at face value. 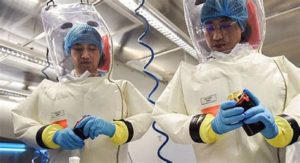 Now you understand how a dead bat sold in a wet market in China has infected the WHOLE PLANET!  “” …. copy and share quickly ….