This is an excellent look into a totalititarian state which has particular resonance in the days in which we are living.

MindMatters: Do Not Watch, Comrade! ‘The Lives of Others’ Is Thought Crime 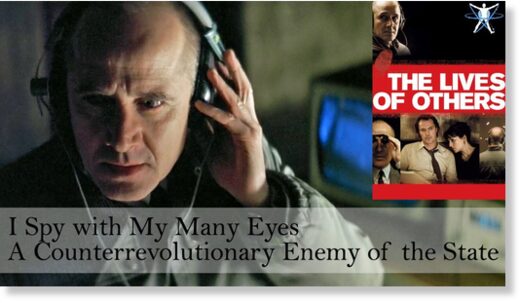 Soon after World War II, Germany was cleaved in two by the allies who won the war. ‘West Germany’ came under the influence of Western Europe and the US, and East Germany under the Soviet Union. The eastern section of Germany, under the political and ideological influence of Communism, came to develop one of the most notoriously oppressive secret police organizations in modern history: the Stasi.

On this week’s show, we discuss Florian Henckel Von Donnersmarck’s moving and expertly directed 2006 German film ‘The Lives of Others’ (spoiler warning!). The movie’s depiction of life under Stasi control, the power dynamics at play in the Communist nation, and the lives it destroyed, among other things, all contribute to make the ‘The Lives of Others’ an instructive work from which to understand the destructive power of totalitarianism on a very personal level. However, the film also offers a light of hope in the face of immense bleakness.

Join us as we discuss the film, its overall plot and themes, expert characterization, historical accuracy (or lack thereof), and why it deserves a watch – or two! Just make sure the Stasi don’t find out. They don’t arrest people on a whim, after all.

Here is the trailer for the movie

Here is a Deutsche Welle documentary about the Stasi.