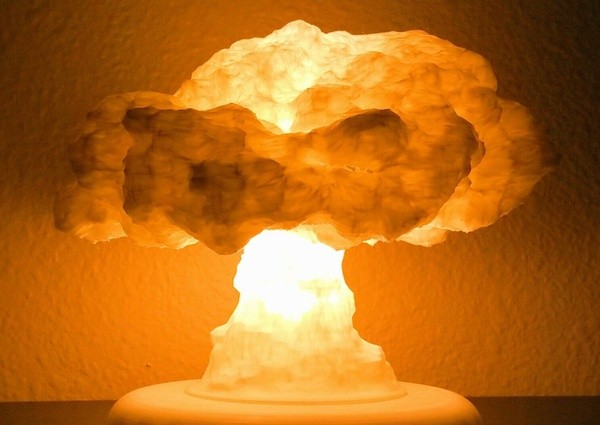 People love to attack Hal Turner as a disinfo agent.

It seems to me, love him or hate him, right or wrong, he is in fact sincere.

I am at the Bugout Location Using satellite uplink!

I am at the bugout location in PA using the new satellite uplink.  Not nearly as fast as home, but it works.

Wife wouldn’t come.  She doesn’t like Pennsylvania.  Too many allergies. Too many bugs.

I told her “fine, but when the time comes to actually evacuate, if you give me this same line of crap you’re giving me now, then I WILL leave without you.  I am not going to let myself get killed because you “don’t like” Pennsylvania.”

Then, my son decided he didn’t want to go because he stayed out all night last night; didn’t get home until around 7:00 AM and was “too tired.”

Anyway, will be testing the Audio feeds off and on tonight to see if they work with a satellite link, but so far, so good.

The tech guys have finished setting up the load balanced servers in Brazil in case the present ones “become unavailable (ahem).”

I have to set up the broadcast phone system, new audio mixer board, audio compressor, all the wires between all these things, new mic stand and mount . . . blah blah blah.  But the uplink works.

As I write, it is 1:44 AM eastern US time.   About one hour ago, I was awoken from a very deep sleep by what I thought was the loudest explosion sound (and explosion shockwave-vibration ) I’d ever heard/felt.  There was no warning, it just hit.

Except when I opened my eyes, everything here was normal.  No panic.  No damage.  Nothing . . . . which was how I realized I had been dreaming and there was no horrific explosion.  So I closed my eyes to go back to sleep, and INSTANTLY went back into the dream/vision.

It was as if the inside of my eyelids were a screen that I was watching.

At this point in the dream/vision, I had walked to the backdoor of my condo and looked east toward New York City because there was a golden-white light coming from that direction.  It wasn’t the sun.

For a very brief time as the explosion dimmed, it was THIS color: 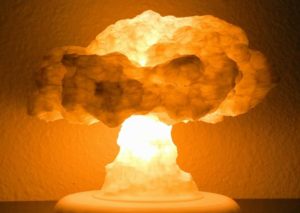 Shortly, the light started to fade and I could see the very clear outline of a nuclear mushroom cloud, very similar to the image I just put above.   There were two sections: one about midway up a shaft-like cloud coming up from the ground, then a clearing, with a crooked/Skewed shaft going higher, then the top part of the nuclear cloud, with a dome shape to it.

In the image at the lead of this article, the top part is too large, it was not that large in my dream/vision.  The two parts were about equal in width, but the top part was thicker than the bottom.

I opened my eyes again, and all was quiet.

When I closed my eyes again, there was an H-like figure in the sky.  Small and almost horizontal, and the same orange glow I had seen in the cloud, then flashed twice at the center of this h-shaped figure.   NOT new explosions, more like an explanation, from inside this horizontal H-figure.   It was as if this was to make it explicit to me that I was seeing a BOMB go off, not some random or natural event.  It was a bomb.

I woke up and got up out of bed.  I was very disturbed (no pun intended).

I tried to go through my memory of every aspect, every detail.

There WAS some strange warbling alert-like sound that I have never heard before, just a second or two before the explosion.   So, we GET NO WARNING.

Then the explosion, and my God it was loud – the house shook in the dream/vision just from the sound.

Now, am I dreaming this because I’ve been worried about it for weeks with all the Russia-Ukraine stuff I’ve been reporting?

Or was I given a vision to warn me?

The reason I think it was a vision was because the THOUGHT which is clearest in my mind from all this is  “It was a nuke.  We’re gonna get hit.  New York City is gonna get hit.”

I thought I should pass this along in case I’m losing my mind.

I’m bringing the Bugout computers up to the bugout location in the early AM.

We’re not evacuating (this morning), but I’m moving more stuff up there just in case.  The more I take up now, the less I have to scramble for if this happens.

This is freaky.  I remember the details so clearly.

Most times when I dream and wake up, I know that I dreamt, but my recall is fuzzy.

This isn’t fuzzy.  I remember it in great detail.