The following is very recent news

The American USS Ross, approaching the coastline of Crimea has reduced speed ( from 24 to 6 knots) and sharply departed from the peninsula

And an unspecified American vessel

Fighter planes and bomber jets were dispatched to follow a Dutch naval vessel only after it changed direction towards Russian waters, defense officials in Moscow said on Tuesday, amid a growing diplomatic spat over the incident.

The frigate Evertsen was on course to violate the Russian border in the Black Sea, but was prevented from doing so by Russian jets flying at a safe distance from the vessel, Moscow claimed, in response to Amsterdam’s complaints.

The incident occurred on June 24, just a day after the British Royal Navy destroyer HMS Defender violated Russian territorial waters off Crimea’s Cape Fiolent and was warned off by jets and a coast guard vessel.

While sailing in neutral waters, the HNLMS Evertsen “changed its course and began to move in the direction of the Kerch Strait,” Moscow’s Ministry of Defense said on Tuesday. Su-30 fighters and Su-24 bombers were dispatched “to prevent (the) violation” of Russian territorial waters. They flew “at a safe distance” near the Dutch ship, which “immediately” changed its course to the previous route, at which point the interceptors returned to base.

Russia could DROP BOMBS on foreign ships that ignore coast guard’s warnings & cross into country’s territorial waters, Moscow says“The flights of Russian aircraft were carried out in accordance with international rules for the use of airspace,” the MOD said.

Moscow only commented on the incident after the Dutch Ministry of Defence complained of “unsafe” conduct by the Russian interceptors. In a statement on Tuesday morning, the Dutch said Russian jets had “harassed” the ship in international waters for five hours, flying “dangerously low and close” and “performing mock attacks.”

After “hours of intimidation,” the Evertsen had its electronic equipment disrupted as well, the Dutch government claimed.

The Dutch MOD said the Evertsen is part of the same NATO strike group as the Defender, currently conducting drills in the Black Sea “with allies from the region.” On June 23, the day before the Evertsen was intercepted, the British destroyer deliberately crossed into Russian territorial waters. The Russian coast guard responded by firing warning shots, while the same type of patrol aircraft dropped bombs along its course.

London initially said the ship was conducting “innocent passage” and denied any warning shots or bombs were fired, until the Russian MOD published video of the incident that proved otherwise.

“We could see the pilots”

A new serious incident took place in the Black Sea, when Russian Su-30SM and Su-24 fighters carried out successive virtual attacks against the Dutch frigate HNLMS Evertsen for 5 hours!

According to the latest information, the captain of the HNLMS Evertsen frigate,
George Pastoor, revealed that his ship was virtually attacked by 20 (!) Total Russian fighters, some of whom approached at a distance of 100 meters at a height of 50 feet.

The announcement of the Dutch

The Dutch, in a state of panic, announced that the Russians had launched an extensive electronic warfare, while the Russian fighters were constantly flying very dangerously and very low, scratching the frigate even in international territorial waters.

The Russian fighters caused “a dangerous situation” near a Dutch warship in the Black Sea, according to the Dutch Ministry of Defense.

The attack by Russian fighters started at 3:30 pm local time and continued until 8:30 pm. The episode took place last Thursday.

The Dutch complain that the Russian fighters were armed with bombs and anti-ship missiles, launching virtual attacks.

“We could see the pilots”

The captain of the Dutch frigate HNLMS Evertsen stressed that:

“There was no reason for Moscow to be so aggressive. We were in international territorial waters.

I have never felt so insecure again.

The Russian fighters flew at a height of 50 feet and 100 meters near us. This is unusually close.

We could see the pilots. This is an escalation step.

The Russians carried out virtual attacks for hours, displaying irresponsible and unsafe behavior. There is no excuse for what they did.

Moscow’s behavior increases the risk of an accident. “We will take action against Russia.”

“We do not send armed F-16s against them”

“When Russian ships cross the North Sea, which happens very often, they are accompanied from afar by Dutch-Belgian or British ships.

But we do not send armed F-16s to fly over them for hours.

We tried to get in touch with the Russian pilots but it was in vain. ” said the representative of the Dutch Ministry of Foreign Affairs.

It is noteworthy, however, that the Dutch frigate De Evertsen does not participate in the large NATO exercise Sea Breeze.

In recent days, the thermometer has been rising in the Black Sea as the annual NATO Sea Breeze military exercise has begun. The annual military exercise began Monday in the northwestern Black Sea region, with the Russian navy monitoring the movement of participating ships.

In fact, Russia has conducted target detection training to test the readiness of S-400 air defense systems developed in Crimea.

It is recalled that in the same sea area, last week, a Russian warship fired warning shots against a British Navy destroyer.
According to the Russian Ministry of Defense, the British ship violated the Russian maritime border in the Black Sea. 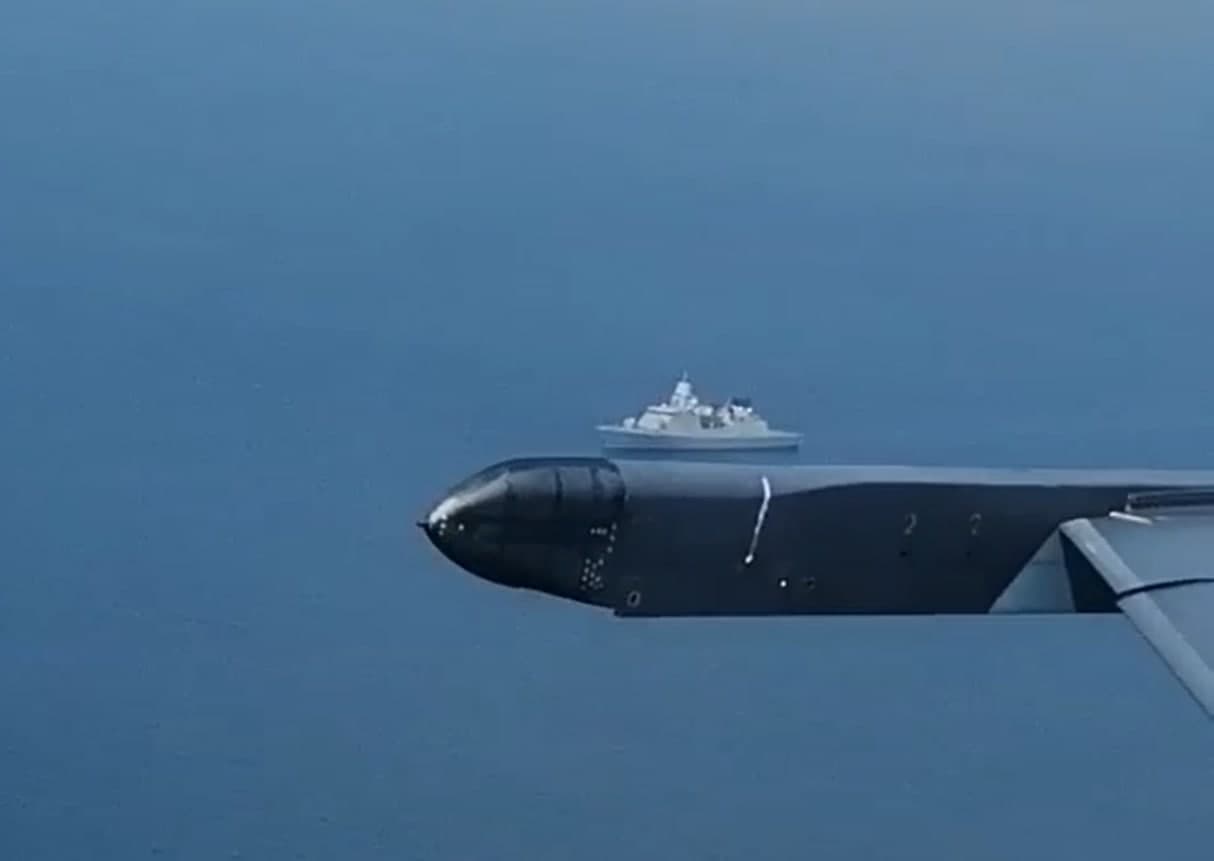 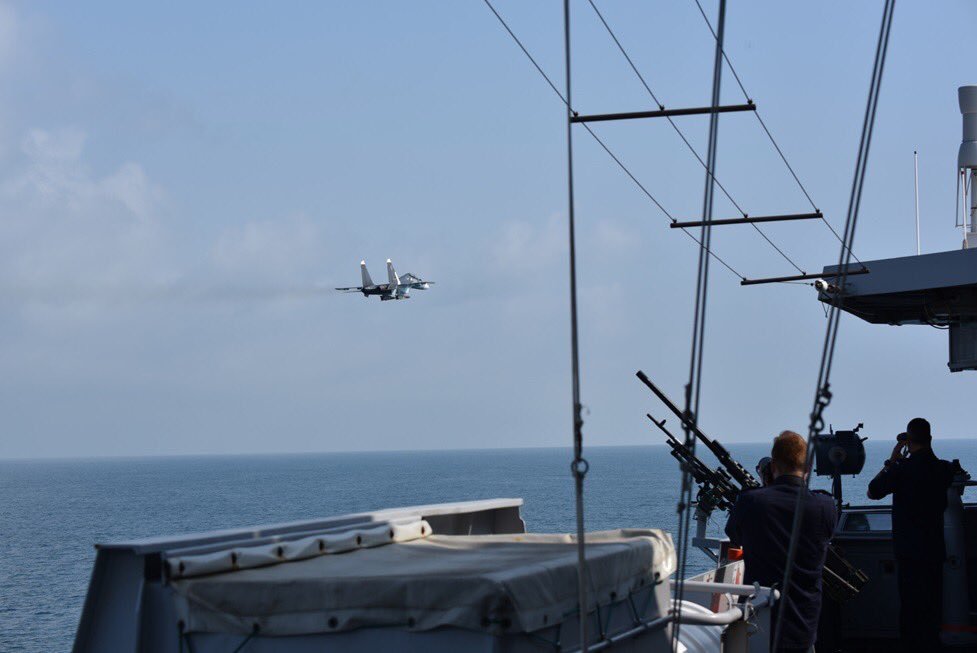 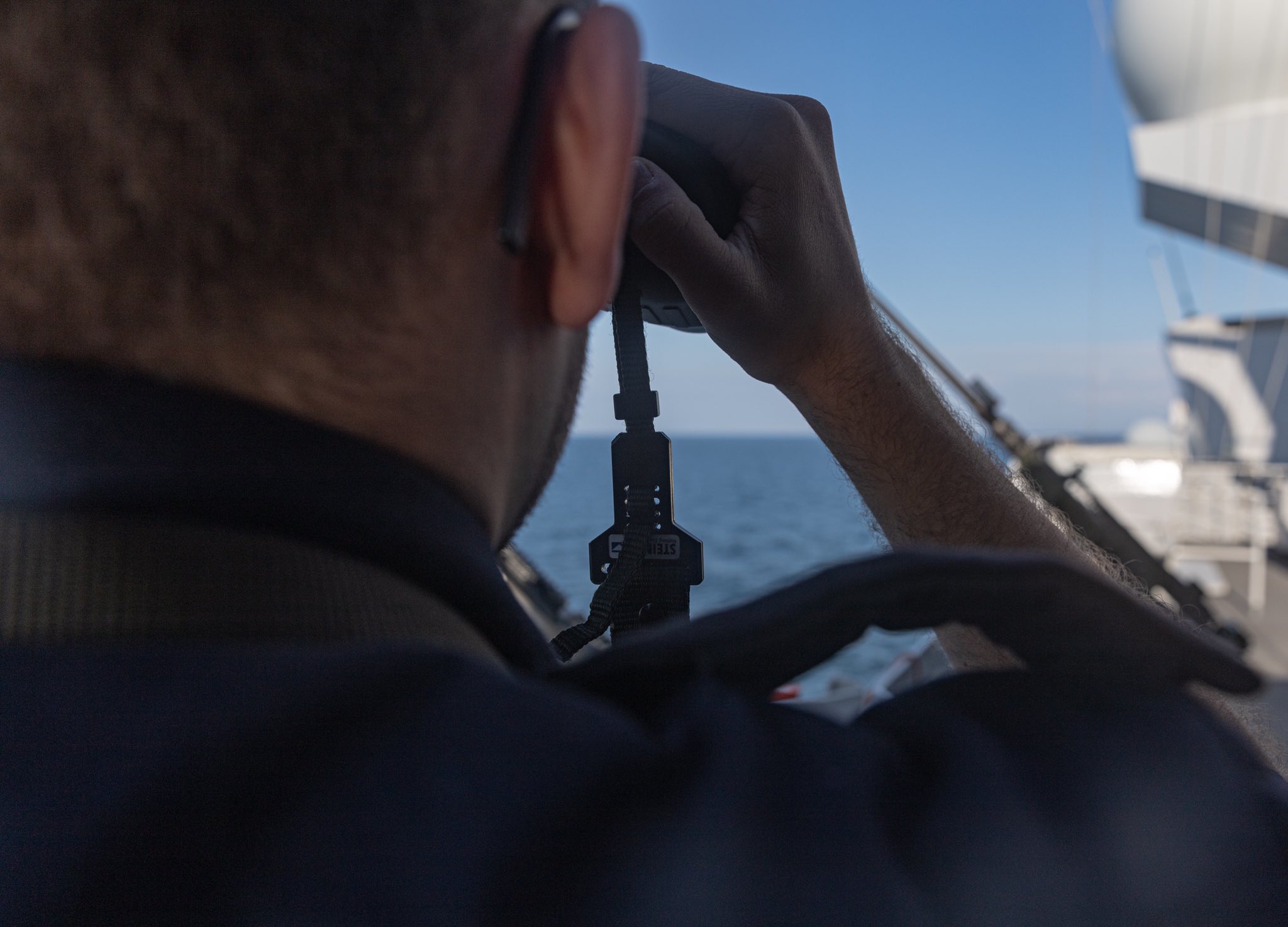 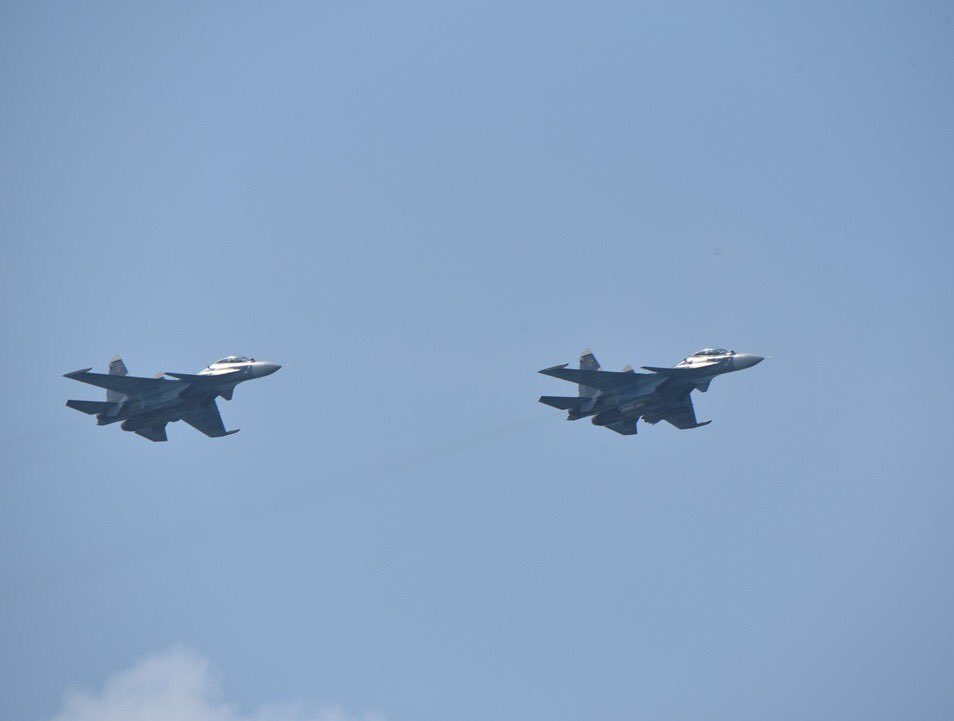 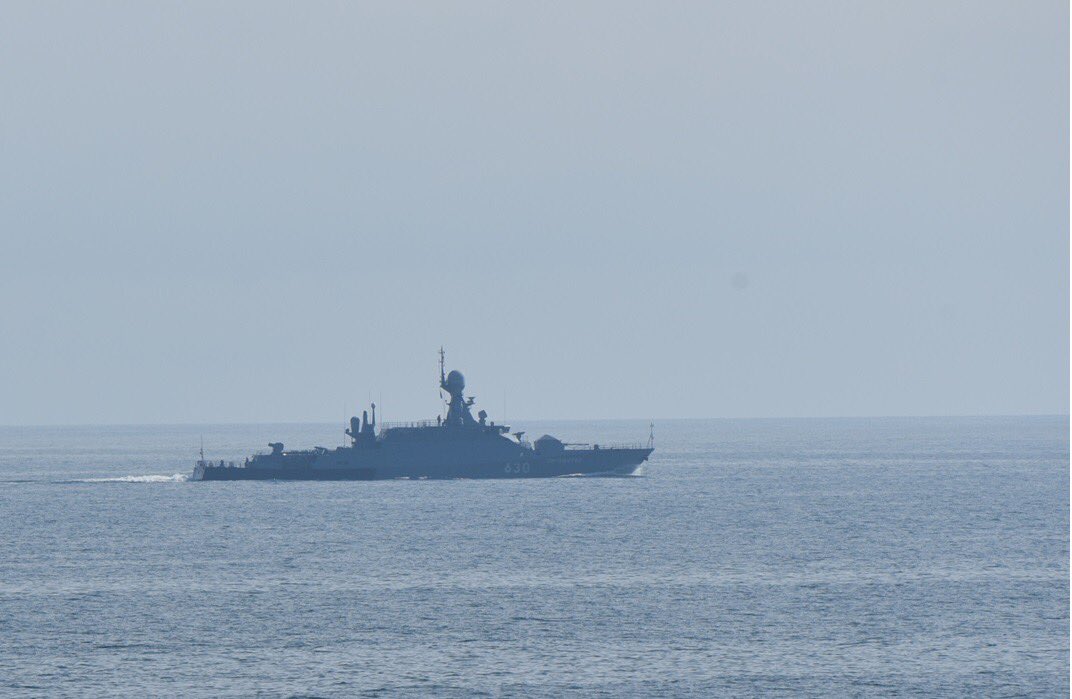 Authored by Ron Paul via The Ron Paul Institute for Peace & Prosperity,

Less than two weeks after NATO members reaffirmed allegiance to Article 5 – that an attack on one member was an attack on all members – the UK nearly put that pledge to the test. In a shockingly provocative move, the UK’s HMS Defender purposely sailed into Crimean territorial waters on its way to Georgia.

Press reports suggest that there was a dispute between the UK defense and foreign ministries over whether to violate Russia’s claimed territorial waters with a heavily armed warship. According to reports, Prime Minister Boris Johnson himself jumped in to over-rule the more cautious Foreign Office in favor of confrontation.

As Johnson later claimed, because the UK (and the US) does not recognize Russian sovereignty over Crimea, the UK was actually sailing through Ukrainian waters. It was an in-your-face move toward Russia just weeks after the US and NATO were forced to back down from a major clash with Russia in eastern Ukraine.

This time, as was the case in eastern Ukraine, the Russians took a different view of the situation. Russian coast guard vessels ordered the HMS Defender to exit Russian territorial waters – an order they punctuated with rare live fire of cannon and dropping of bombs.

Having had their bluff called, the UK government did what all governments do best: it lied. The Russians did not shoot at a UK warship, they claimed. It was a previously-scheduled Russian military exercise in the area.

Unfortunately for the UK government, in its haste to create good propaganda about standing up to Russia, they had a BBC reporter on-board the Defender who spilled the beans: Yes, the Russian military did issue several warnings, yes it did buzz the HMS Defender multiple times, and yes there were shots fired in the Defender’s direction.

Similarly, in the spring, Russia rapidly deployed 75,000 troops on the border with Ukraine in response to a US-backed Ukrainian military build-up. The message was clear: Russia would no longer sit by as the US government and its allies intervened next door.

Russia now has demonstrated that it will protect Crimea, which voted in a 2014 referendum to re-join Russia. The Crimean vote was triggered by the US-backed coup in Ukraine. That is called “unintended consequences” of foreign interventionism.

The problem with the UK, the US, and their NATO allies is that they believe their own propaganda and they act accordingly. A famous 2004 quote attributed to George W. Bush advisor Karl Rove, clearly spelled out this line of thinking. Said Rove, “We’re an empire now, and when we act, we create our own reality.”

These two recent near-clashes with Russia demonstrate that the “reality” created by an almost religious belief in American or NATO exceptionalism can often crash hard against the reality of 75,000 troops or the Black Sea Fleet.

The anti-Russia propaganda endlessly repeated by both political parties in Washington and amplified by the anti-Trump media for more than four years has completely saturated the Beltway and beyond. Even as the Russiagate conspiracy was proven to be a lie, the propaganda it spawned lives on.

Blustering Boris Johnson almost provoked a major war over an infantile desire to continue poking and prodding Russia in its own backyard. This time the war was averted, but what about next time? Will the adults ever be in charge?