It was pointed out to me that the NZ electricity industry (in which the government has a stake) has drained the lakes to keep electricity prices up.

Turns out the story is true.

Independent electricity retailers have accused big hydro generators Contact and Meridian of price gouging by spilling water from their dams instead of using it to generate power. 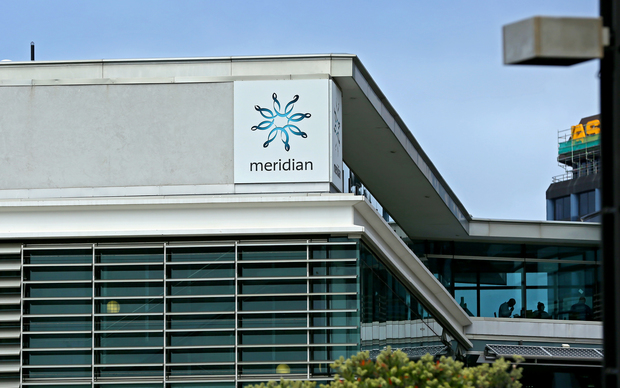 The seven small retailers say that lets the two companies charge for more costly generation, earning them “excess profits” of more than $60 million in one month.

Haast Energy Trading, Ecotricity, Electric Kiwi, Flick Energy, Oji Fibre, Pulse Energy Alliance and Vocus are calling on the Electricity Authority (EA) to reset wholesale prices to reflect the “fair use of water and reduced use of fossil fuels”.

Meridian and Contact reject the claim and say they spill water only when they have to.

Both say they would be happy to supply details of their operations to the Electricity Authority if requested.

Had they used the water for electricity generation instead, the more costly coal-fired Huntly power station would have been used much less, he said.

“If you hold back hydro generation and then get the hydro generation that you do dispatch at the marginal price, which will be the fossil-fuel price, then you get significantly higher margins.”

“These prices flow through into the futures prices which basically inform retail prices over time. I think it’s the conduct we’re really concerned about.”

It also results in an increase in carbon emissions while water is being wasted, he said.

Electric Kiwi said heavy rainfall in South Island made some spill inevitable, but Contact and Meridian were not running their hydro generation at maximum capacity, so they didn’t need to release as much water from the dams.

In a statement Meridian said the company released water from dams only if it had to.

“Meridian rejects the allegations of an Undesirable Trading Situation and breach of the Code requirement to observe a High Standard of Trading Conduct,” the statement said.

“We will engage fully in any process initiated by the Electricity Authority in response to the allegations.

“A range of factors including plant availability and transmission constraints restrict the volumes we can generate. We don’t spill unless we have to, for example when required by environmental rules or to manage our dams safely during high inflow events.”

Blinco said the Electricity Authority should proactively monitor behaviour in the market rather than waiting for a complaint.

“We’ve got the minister [Energy Minister Megan Woods] saying she wants to offer lower prices to the market – here’s a really simple example that the EA can use their existing regime to achieve that outcome.

“From our point of view that’s a no-brainer.

“Part of the issue is nothing happens unless we lay a complaint.”

In the meantime there has been the issue of attacks on the farming community with landgrabs etc. as part of Agenda 21. This has little, or no connection to “saving the planet”, which is beyond saving – closing the gate after the horse has bolted is insane.

This is what the ideological Left is saying

“I’m happy to see farmers taking protest action as part of having their say in a democracy.

‘But the saddest thing about Friday’s farmer protest is that while farmer complaints are unjustified, the government will bend over backwards yet again, will water down planned environmental protections further and extend the timelines for compliance. We’ve seen this too many times before. Gutless governments refusing the challenge farmer ignorance and arrogance head on.”

Farmers and banks – the deadly duo destroying our country

I take a more nuanced view-
As part of the divide-and- conquer this massively hypocritical government has done diddly-squat to reverse water pollution or the release of nitrates into our waterways – caused by dairy farming.
But they will do land grabs and tax utes.
Kiwis will pay $3000 penalty for polluting utes under new policy, AA says
The farmers and growers are feeding this nation, like it or not, and may be the only sector keeping the economy from collapsing.
It is a systemic problem and I don’t see any solution coming down the pipeline.
What Jacinda (and ALL the politicians) can do is keep us in our feuding tribes, angrily bickering at each other.

Howl of a Protest: Thousands of tractors, utes descend on cities as farmers rally against Government regulations

Thousands of farmers and a fair number of their dogs descended on towns and cities across New Zealand to protest at increasing interference by the Government in their way of life.

From Kaitaia to Invercargill, convoys of tractors, farm vehicles, trucks and utes took part in the Howl of Protest event, organised by Groundswell New Zealand, against what they say are unworkable regulations and unjustified costs.

The protest was organised against policies like the Clean Car Discount, which will subsidise clean vehicles by charging fees on high-emissions vehicles.

Protesters were also anxious about the eventual pricing of agricultural emissions, which will happen by 2025 – a decade after agriculture was first slated to enter the Emissions Trading Scheme.

Auckland motorists travelling on the Southern Motorway faced delays as farmers from Franklin headed to the central city and made their way down Queen St.

“For once I don’t mind sitting in Auckland traffic, go the farmers! Time someone held this Government to account for their ill conceived policies,” one city worker said.

At Kerikeri in Northland, Pipiwai dairy farmer Daryl Barge said he was fed up with being told what to do in a setting where farmers are silenced.

“There is a long list of things that the Government has done to rural New Zealand. We’ve had enough.”

“The mental stress of being told constantly that you’re polluters, that you are bad for the country…I really feel for the younger generation of farmers. It’s pretty tough.”

“There are a lot of things happening at the moment in the economy to try and make sure New Zealand’s economy remains both fiscally and environmentally sustainable. We’ve been working very closely with rural communities on this,” Robertson said.

“I understand that at the farm level they are feeling the pressure of that change,” he said.

Robertson urged farmers to work with the Government.

He echoed comments made by Prime Minister Jacinda Ardern earlier this week that action on climate change was important for New Zealand’s trading relationships.

The protest whipped up a political storm in Parliament and nearly every National MP was deployed to a protest site around the country. The party launched a new ad against the Clean Car Discount to coincide with the protest.

Calling the discount policy a “ute tax”, National leader Judith Collins said it “unfairly penalised farmers, tradies and others who rely upon vehicles for which there is no electric alternative”.

“Farmers helped New Zealand get through the Covid-19 lockdown and today their protests around the country demonstrate how out of touch the Government is with rural New Zealand,” she said.

Signs in and around the 55 towns and cities included “No Farmers No Food”, “We are at Regulation Saturation” , “Black Utes Matter”, “Stop Demonising the Best Farmers in the World”. One farm dog sported a placard on his collar “I can’t work on a Prius!”

Torrential rain did not stop hundreds of tractors, trucks and utes snaking through Greymouth on the West Coast, while the number of farm vehicles heading to Christchurch saw some protesters diverted to other Canterbury towns.

Hawke’s Bay Groundswell coordinator Chris Miles said he estimated the crowd was 800 vehicles and a couple of thousand people strong.

Miles described the crowds as “unprecedented” and possibly the biggest nationwide protest NZ had seen, including the Springbok tour.

In Tauranga , Ingrid Raath said she was taking part in the Katikati demonstration because what affected farmers also affected the wider community and it was important to listen to their concerns.

“I’m fully in support if the farmers because they supply food to not just themselves but to all of us,” she said.

Groundswell NZ co-founder Bryce McKenzie, from West Otago, said the only major city that had been left off the itinerary, and that was intentional, was Wellington