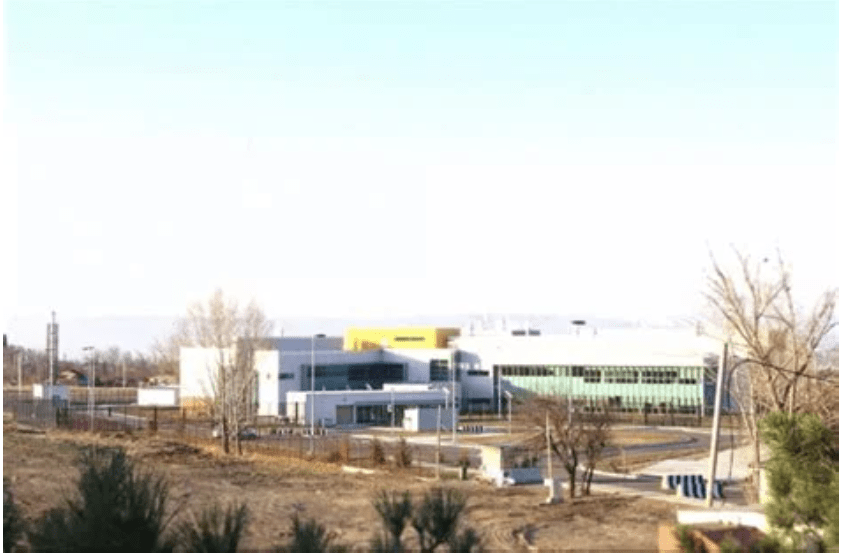 Is the real crime the Biden Administration is trying to cover up involving Biolabs the exorbitant amount of money they made in these ventures?

We reported this morning that Hunter Biden is connected to the firms involved in the creation of Biolabs in Ukraine.  Hunter’s firm Rosemont Seneca funded much of what firm Metabiota was doing for years.

Hunter Biden’s firm Rosemont Seneca provided capital for the firms behind the creation of Biolabs in Ukraine.

Why the sudden confusing messaging from the Biden gang?  Especially when there are documents that prove the US was funding several of the Biolabs they set up in Ukraine to study potentially dangerous pathogens.

It may be because Hunter Biden’s firm Rosemont Seneca was funding the firms involved in the building of these labs in Ukraine and they felt this was not something they wanted the American people to know.

InfoWars put together an excellent article with connections between Hunter Biden and the firm Metabiota, which was involved in the creation of Biolabs in Ukraine.

The Gateway Pundit identified through the Wayback Machine that Rosemont Seneca provided capital (invested in) Metabiota as noted on the firm’s website back in 2014.

March 11 (Reuters) – The World Health Organization advised Ukraine to destroy high-threat pathogens housed in the country’s public health laboratories to prevent “any potential spills” that would spread disease among the population, the agency told Reuters.

Like many other countries, Ukraine has public health laboratories researching how to mitigate the threats of dangerous diseases affecting both animals and humans including, most recently, COVID-19. Its labs have received support from the United States, the European Union and the WHO.

Biosecurity experts say Russia’s movement of troops into Ukraine and bombardment of its cities have raised the risk of an escape of disease-causing pathogens, should any of those facilities be damaged.

In response to questions from Reuters about its work with Ukraine ahead of and during Russia’s invasion, the WHO said in an email on Thursday that it has collaborated with Ukrainian public health labs for several years to promote security practices that help prevent “accidental or deliberate release of pathogens.”

“As part of this work, WHO has strongly recommended to the Ministry of Health in Ukraine and other responsible bodies to destroy high-threat pathogens to prevent any potential spills,” the WHO, a United Nations agency, said.

The WHO would not say when it had made the recommendation nor did it provide specifics about the kinds of pathogens or toxins housed in Ukraine’s laboratories. The agency also did not answer questions about whether its recommendations were followed.

Ukrainian officials in Kyiv and at their embassy in Washington did not respond to requests for comment.

Ukraine’s laboratory capabilities have been at the center of a growing information war since Russia began moving troops into Ukraine two weeks ago.

The accusation has been repeatedly denied by Ukraine and the United States, where government officials warn Russia may use it as a pretext to deploy its own chemical or biological weapons.

Izumi Nakamitsu, the U.N. High Representative for Disarmament Affairs, told the Security Council on Friday that the United Nations is “not aware” of any biological weapons program in Ukraine, which joined an international ban on such arms, as has Russia and the United States along with 180 other countries.

U.N. officials have also said the WHO, in its work with Ukraine, is not aware of any activity in the country that would violate international treaties “including on chemical weapons or biological weapons.”

The WHO statement to Reuters referred solely to public health laboratories. The agency said it encourages all parties to cooperate in “the safe and secure disposal of any pathogens they come across, and to reach out for technical assistance as needed.” It offered to help wherever possible with technical guidance and coordination. © AP Photo / Felipe Dana
Millions of genetically modified mosquitoes could soon be released in the US states of Florida and California as part of a project to control the insects’ population, local media reported. British biotechnology company Oxitec, which is behind the initiative, said it had received approval from the US Environmental Protection Agency to release the mosquitoes into the wild.

“Our team is immensely proud to have received yet another milestone approval from the EPA. This expansion of our U.S. efforts reflects the strong partnerships we’ve developed with a large and diverse range of stakeholders at the local, state and national levels”, said Grey Frandsen, CEO of Oxitec.

The project’s goal is to reduce the population of Aedes aegypti mosquitoes, which can transmit harmful diseases such as yellow fever, dengue fever, Zika, and chikungunya.