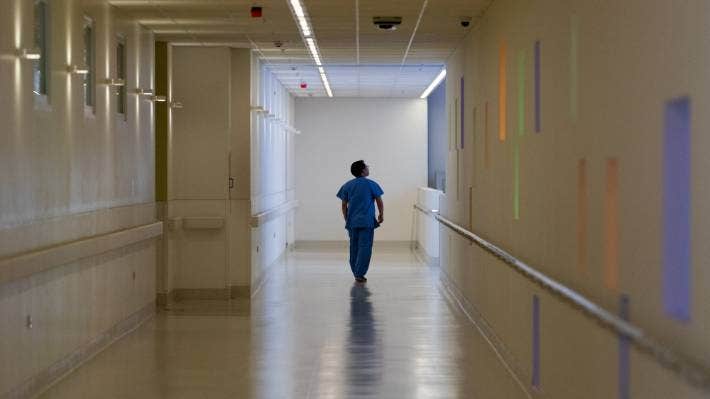 THE COLLAPSE OF THE NEW ZEALAND HEALTH SYSTEM

‘Beyond a crisis’: Whistleblower’s dire warning from the hospital front line

Staff shortages have left health workers in a situation “beyond a crisis”, according to a front line staff member from the Waikato DHB.

The whistleblower, who spoke to Stuff on the condition they were not identified in any way over fears for their job, said they were frustrated at recent comments made by Health Minister Andrew Little.

Last Friday, at a visit to a methamphetamine harm reduction programme in Murupara, Little acknowledged hospitals were under significant pressure, but said “the system as a whole is coping”.

Those comments also came in the wake of a woman dying after leaving Auckland’s Middlemore Hospital because of the long wait time.

* ‘There’s just not enough of us,’ says South Canterbury midwife
* Tough ride ahead for already stretched Waikato DHB as Covid numbers rise
* Employers circumspect on preparations for ‘the big sick’
* ‘Tired’ and ‘exhausted’: Nurses in Blenheim say hospital is running on thin resources

Hospitals are “not coping at all”, the Waikato DHB staffer said.

“The Minister and the Prime Minister, they’re not acknowledging it.”

They said that, at present, there were “just a lot of exhausted, disillusioned staff”.

“Staff are tired. It’s the lack of acknowledgement and the state of the hospitals.”

They said the key issues causing stress to the health system were inadequate staffing numbers and underfunding from successive governments.

They also said staff were not immune to Covid and the flu, which was exacerbating the staffing shortages.

“It’s a combination of no immunity [to flu after successive lockdowns], more flu, Covid, a lot of people turning up to the [hospital] a lot sicker because they’ve got delayed care.”

They also said that while better pay was luring staff across the ditch, it wasn’t all about money.

“Pay is not the big thing. It’s the conditions.”

They said overseas hospitals had better staff-to-patient ratios, and that the Government missed a golden window of opportunity to get Kiwi medical staff back to New Zealand when the country was one of the few Covid-free places in the world.

They also said immigration issues were stalling recruitment of overseas staff, a measure they said could be used to plug the gaps now.

And more Kiwi staff needed to be trained here, they said.

“Start recruitment and retain,” they said.

“We care and we want to be there for our patients,” they said.

Waikato DHB executive director of hospital and community services Chris Lowry​ said recruiting and retaining staff was a priority for the DHB.

She said the Covid-19 pandemic had impacted the healthcare system across the board when it came to international recruitment and replacing staff, particularly senior and specialised staff.

“This has contributed to higher vacancies than we would want and we are very aware of the staffing challenges and the additional pressure this places on our people across all service areas,” she said.

“We review available staffing levels and service demand at multiple points each day to inform our planning and activity.

“Our winter planning was undertaken with an expectation of high demand and increased staff absence due to illness and this is now being implemented to support service delivery with our acute and urgent care services prioritised.”

Lowry also said “a great deal of work” was under way to recruit additional staff at DHB and national levels, and while there has been some success, “we remain below our targeted FTE [full time equivalent] levels”.

She also said they have received approval to recruit additional staff in their emergency department, theatre and intensive care unit.

“We are always recruiting and each month employ around 50-60 nurses to grow our workforce and address natural turnover. In September we are bringing in 11 newly graduated enrolled nurses and 58 newly graduated registered nurses. If the graduating cohort was larger we would recruit even more.”

She said they would continue to focus on recruitment to both increase staffing levels, and create “the right mix of skills and experience” across doctors, nurses and other staff.

“Many of our roles require extensive and specialised training and relocation of incoming staff and their families, so recruitment and commencement is a particularly considered process.”

A woman left ED because of long waits. Hours later she had a fatal brain haemorrhage

A woman has died after leaving a hospital emergency department because of long waits, sparking an “urgent” investigation.

A Middlemore Hospital emergency doctor said the 51-year-old woman suffered a brain haemorrhage hours after arriving at the emergency department.

Her death could have been prevented if she was seen, they said.

The woman first arrived at the ED about 1am on Wednesday with a severe headache. She was told it would likely be hours before she could be seen and left, the doctor said.