Tensions are running high in the Baltic following Lithuania’s announcement to veto the European Commission’s decision to lift the blockade of Kaliningrad through the creation of a “special corridor”.

The situation on the Russian-Belarusian border is now very tense. Already due to the blockade of Lithuania, a large number of Russian and not only trucks have gathered at the border. According to statistics provided by the Belarus Border Committee, more than 2,000 trucks are waiting to leave for Lithuania with a final destination in Kaliningrad.

In addition, there are reports that Lithuania intends to cut off gas supplies to the Russian enclave, putting even more pressure on Moscow.

This could happen through the blockade of the Minsk-Vilnius-Kaunas-Kaliningrad pipeline, which passes through Lithuania. The “stop” will be justified on the occasion of EU sanctions.

Russian military sources commented: “Everything is moving in Russia’s favor. Lithuania revolts against EU So it will not back down easily. “

In this context, the phrase of the representative of the Russian Foreign Minister, M. Zakharova, who spoke about a ” practical response and not only a diplomatic one” in Lithuania, is also problematic.

Lithuania’s veto on lifting the blockade of Kaliningrad

Lithuanian MEP Petras Austrevicius has said that Lithuania intends to veto a European Commission decision ending the suspension of land trade from his country to Kaliningrad.

At the same time, the President of Lithuania Gitanas Nauseda announced that he has decided not to make concessions to Russia on the issue of transit in the Kaliningrad region, emphasizing that Lithuania will act in accordance with its interests and the interests of the EU.

“Lithuania must maintain and will continue to maintain control of goods transported through its territory and no ‘corridor’ can be raised,” said Lithuanian President Gitanas Nauseda.

Lithuanian President Gitanas Nauseda has stressed that his Baltic country “should” and “will” impose EU sanctions on Russian products amid harsh rhetoric from Moscow over Vilnius’ recent restrictions affecting the Russian enclave of Kaliningrad.

“It is absolutely clear that Lithuania must implement and will implement EU sanctions, ” Nauseda said on Facebook.

“Lithuania must and will maintain control over the goods being transported through its territory, and there can be no question of ‘corridors’ or thoughts of downgrading Russia in response to the Kremlin’ s threats .

“The government must urgently consult with the European Commission so that the implementation of sanctions does not harm Lithuania’s interests or international agreements, ” Naouseda said. “Only by acting together will we achieve that sanctions are painful for the aggressor country.”

Russia’s foreign ministry said on June 21 that EU Ambassador to Moscow Markus Enterer had been informed of the “unacceptability of such actions” and warned that “retaliation would follow” if the restrictions were not lifted immediately.

“The statement of the Lithuanian authorities about the ban on the passage of Russian cargo through the territory of their country to Kaliningrad could lead to an immediate military conflict between the Russian Federation and NATO,” said Marat Bashirov.

The European Commission is preparing a document allowing Russia to transport goods subject to sanctions in the Kaliningrad region via European Union territory. However, Lithuania announced its intention to veto the decision.

“No, it is not their decision, they told them and they say it. Now that the precautionary game has begun, timing has become a key factor in the survival of the West and our elites. We are in front of the Donbass and they have to catch up.

Now they have decided to surprise us with the Kaliningrad affair – they are setting up a blockade and provoking military action. And then there is China, which is looking at Taiwan from the front eye.

Tick-tock, tick-tock. “But I really hope that Plan B is already on the table .

Peshkov: Retaliation against Lithuania under discussion

Kremlin spokesman Dmitry Peskov has said that Russia is still discussing measures – retaliation against Lithuania for blocking the transfer of goods and goods to the Russian enclave of Kaliningrad – who said Russia was considering a series of measures. .

“The measures are being prepared. After carefully weighing everything, we will talk. We do not focus on specific measures nor is there a deadline. Our key question is to respond to these constraints. “When we are ready, we will announce it,” Peskov said, adding that Russia was asked to respond to Lithuania’s unfriendly actions.

He said the blockade of Kaliningrad contradicts the agreements that have been signed and the sanctions cannot be applied.

“The application of these sanctions to and from it contradicts the texts of the agreements,” Peshkov said.

Russian Foreign Minister: Practical and not only diplomatic response

“Russia’s response in Lithuania to the blockade on the passage of goods and goods to Kaliningrad will not only be diplomatic but also practical,” said Maria Zakharova, a spokeswoman for the Russian Foreign Ministry.

“One of the key questions was whether the answer would be purely diplomatic. The answer is no. The answer will not be diplomatic, but practical, “ said Zakharova, who did not provide details on what exactly she meant by ” practical answer “.

It is noted that Nikolai Patrushev, Secretary of the Security Council of Russia, participated in a meeting in Kaliningrad on Tuesday 21/6, claiming that Russia will respond to the “hostile action” of Lithuania.

“The consequences of these actions will have a serious negative impact on the Lithuanian population,” Petrushev said.

Why Putin Was Rushed to Kremlin Last night 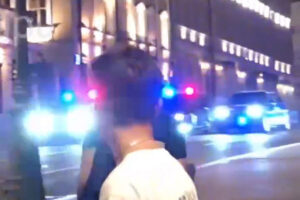 In the meantime, Hal Turner has come up with what he claims to be covert intelligence from within Russia that says that in the battles raging throughout Ukraine, Russian Forces came upon, fought with, and allegedly CAPTURED Lithuanian Special Forces.  Active Duty.

He is saying that standard orders dictate that in case of attack by a foreign power the information should be passed up the chain of command for a decision to take military action against that foreign power.

That, according to Turner’s information was why President Putin was rushed to the Kremlin late Saturday night Moscow Time.

The army asked for permission to attack Lithuania, because active-duty Lithuanian Special Forces troops are actively engaged in battle against Russian troops inside Ukraine. 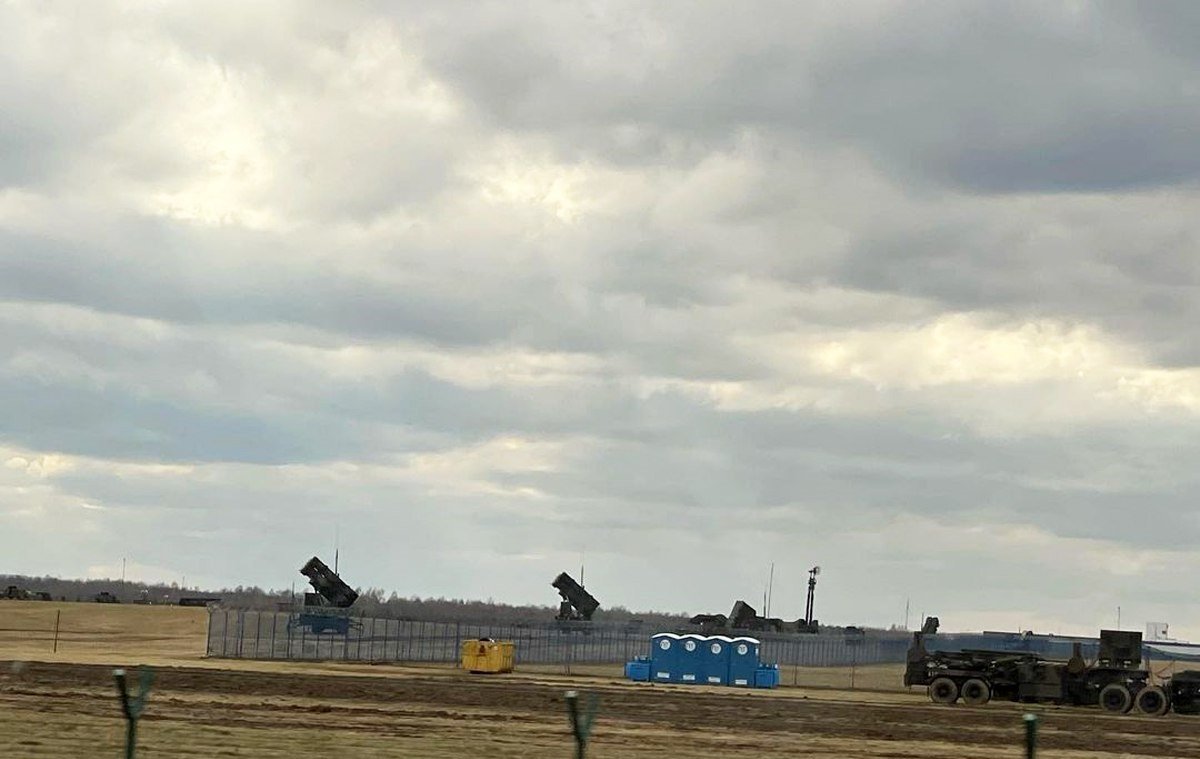 An Algerian Russian Su-30 fighter jet fired a Kh-31P cruise missile and destroyed a radar station configured to simulate the operation and radiation of the Patriot air defense radar. The Russian missile hit the radar from a distance of 110 kilometers.

It is a given that behind the preparation of the Algerian Air Force shot are hidden both Russia and Turkey, each for its own reasons, while the issue concerns the US-Morocco and Spain.

As for Russia, Russian media seem to be targeting the Polish Patriots. In fact, as you will see, they publish photos with the number and location of the Patriot batteries on the Polish-Ukrainian border.

Let’s see what Russian and American sources say about the issue.

At a speed of 3 Mach the shot

“The Kh-31P cruise missile destroyed a radar station that simulated the operation of the Patriot air defense radar from a distance of 110 kilometers.

The cruise missile with a speed of more than 3 Mach was able to successfully break through the radar development area and destroy it.

In the video frames shown, you can see the launch of the Kh-31P cruise missile from the Su-30 fighter. After launching the missile, the latter successfully located the source of the radar radiation and hit it accurately.

As it turned out, the damaged radar was designed to emit the same range of radiation as the American Patriot radar station.

Russian sources said that “this test was of particular concern to the United States as it showed that Su-30 fighters with Kh-31 anti-radar cruise missiles in various modifications can deal with Patriot systems in service with Morocco and Spain.

The effective use of missiles is expected to partially offset the small size of the Algerian air force compared to the combined forces of its potential rivals, as NATO’s 2011 attack on neighboring Libya raised fears that the country could be targeted in the future. “Both Morocco and Spain use the most advanced Patriot surface-to-air anti-aircraft systems, which can become the main target of Kh-31P strikes in the event of war.”

The Algerian Air Force video was a wake-up call for US Patriot air defense systems pilots.

The use of such a specific weapon as the Kh-31P has several purposes. First, it is a reminder to opponents in the area of ​​Algeria’s impressive arsenal. This missile is valued for its high-speed characteristics, which exceed Mach 3, as well as for its range, estimated at 110-130 km. In combination with the Su-30, which, according to it, is capable of carrying up to Six such missiles, the Kh-31P becomes a formidable weapon in the fight against enemy air defense systems.

In addition, Algeria has Kh-25MP radar missiles, which can be “used after more powerful and long-range air defense systems are neutralized”.

Secondly, the exercise, in which an air defense simulation target or radar was destroyed, took place in the context of the strained relations between Algeria, on the one hand, and Spain and Morocco, on the other. In addition, the Kh-31P strike was a clear response to the US for last year ‘s exercises in North Africa.

At the time, the US military and its allies were simulating attacks in two fictional countries – Rowand and Nehon, both of which were on Algerian soil. The main targets of the “American and allied exercises” were the S-400 anti-aircraft systems, which are in service with the Algerian Air Force.

The target is the 8 Patriot arrays of Poland

According to Russian media, residents of eastern Poland mistakenly gave the positions of the American Patriot anti-aircraft systems that have been deployed on the border with Ukraine.

They published photos that showed that ” the territory of eastern Poland is perfectly protected from air and missile threats . “

In the pictures shown you can see at least 8 mobile Patriot air defense launchers. All of them are developed at a distance of about 60-70 km from the border with Ukraine.

This means that US radars “see” at least 120 kilometers deep into the territory of Ukraine, while the missiles used (and we are talking about a combination of PAC-2 and PAC-3 missiles) are capable of hitting targets even at a distance of 90 kilometers east of Poland inside Ukraine.

“Having given way to the development of American air defense systems, the Poles, in fact, made them very convenient targets. In the event of a threat, this makes it possible to successfully launch pre-emptive strikes with Kalibr, Iskander and other missiles.”