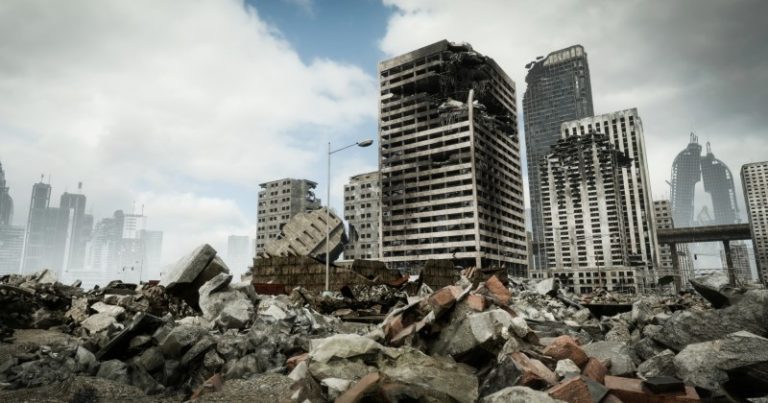 A new study has found that nuclear war between the United States and Russia would cause two-thirds of the planet to starve to death within two years.

The dire prognosis was explained in modeling by Rutgers University, which found that 5 billion people would perish, primarily as a result of nuclear detonations causing huge infernos that inject soot into the atmosphere which blocks out the sun and devastates crops.

“Even a smaller nuclear skirmish – such as between India and Pakistan – would likely lead to 2.5 billion deaths within 24 months,” reports the Telegraph.

The investigation found that in the event of a full-scale nuclear confrontation between the US and Russia, food production based on total calorie content would be reduced by 90 per cent within three to four years of conflict.

The team found that the outcome could be even worse given that they didn’t even include heating of the stratosphere which would destroy the ozone layer and allow ultraviolet radiation to damage the surface of the planet.

“The data tell us one thing – we must prevent a nuclear war from ever happening,” said Alan Robock, distinguished professor of climate science in the department of environmental sciences at Rutgers.

“The world has come close to nuclear war several times. Banning nuclear weapons is the only long-term solution,” he added.

As we highlighted last month, New York City’s Emergency Management Department released a PSA instructing residents what to do in the event of a nuclear attack, the first of its kind since the 1960s.

A poll conducted after the invasion of Ukraine found that eight out of ten Americans were worried Biden’s response could lead to a nuclear war.

At around the same time, UN head Antonio Guterres warned that the escalation of war in Ukraine “whether by accident or design” threatened the existence of life on Earth, noting that, “The prospect of nuclear conflict, once unthinkable, is now back within the realm of possibility.”

Investment trends forecaster BCA Research also warned that there was a 10 per cent chance that a “civilization-ending global nuclear war” would occur within the next 12 months, a prediction that still has 7 months left to run.