The mayor of Whangārei says the rain needs to stop so the city can begin its painstaking clean-up with the MetService saying 220 millimetres of rain fell overnight in the district – a one in 500 year event. 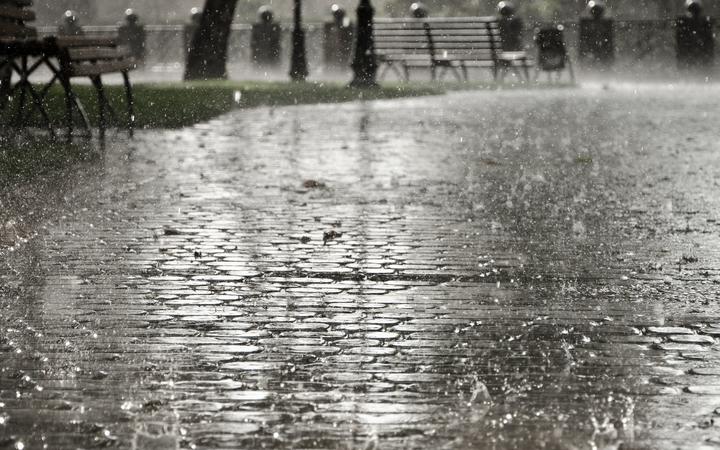 Mayor Sheryl Mai said the extent of the damage will become clearer this morning, and residents will be hurting.

“We need some relief now thank you very much, so we can begin to get through, assess damage and start making repairs.”

“This is just diabolical for our people. We’ve gone from a drought to dealing with a 1 in 500 year event. Unbelievable,” she said.

“Hopefully bad things come in threes – a drought, Covid, and a severe flood. That’ll do, thank you very much.”

Northland Civil Defence spokesperson Murray Soljak said the value of the damage to businesses will depend on how much of their stock was at ground level.

“Certainly there was one restaurant that probably didn’t have too much in the way of floodwaters, but retail stores had a bit more stock that would have been reached.”

He said about 15 people used the two Civil Defence centres overnight that were opened at Onerahi Community Hall and Kamo Scout Hall for those whose homes had flooded, including a family of five, and several couples.

“When you’ve had flood come through the house in the hours of darkness obviously you appreciate having somewhere warm and dry to go and someone to look after you,” Soljak said.

He said Civil Defence did not expect the centres would be needed again this evening as the rain is expected to ease later.

“They will largely have served their purpose overnight and people will be able to get on with their lives and start looking at a return to home or somewhere they can stay today.”

The general manager of the Discovery Settlers Hotel in Whangārei, Chris Jones, said the hotel went from a quiet night to having no vacancies as people became trapped by flooded roads.

Jones said he also got caught out.

“I came down to help the staff at about 7.30pm and then I couldn’t get home so I spent the night here, we also had a coach of Dome Valley protesters heading back to Kaitaia and getting stuck, they couldn’t get north of Whangarei, so had to do a bit of emergency accommodation for them.”

Jones said it is going to be a busy day, with no indication yet of when flooded roads will be reopened.

MetService meteorologist Alwyn Bakker said 220 millimetres of rain fell in Whangārei from 7pm last night until around 7am this morning.

“So to put that in perspective, that kind of event – getting 220mm of rain overnight – it has a return period of more than 500 years. So we’re expecting that once in 500 years.”

The MetService has now cancelled severe weather warnings and watches for Northland and Gisborne, but said that thunderstorms may still affect the region today.

People are advised to keep up with weather watches and warnings via MetService.

Whangārei residents are being told to use water only for emergencies after a major water main burst in the flooded district.

The main supplies water to residents in Onerahi and Whangārei Heads.

The Whangārei District Council issued an urgent notice this morning, saying residents should put just a small amount of water aside for drinking only.

The council said everyone in the city should immediately conserve water as treatment plants are struggling to cope with the intense rainfall.

There is a small amount in the reservoir but it is dropping fast, the notice said.

The Transport Agency said State Highway 1 remains closed between Kawakawa and Kaitaia (including the Mangamuka Gorge) due to multiple slips and flooding, part of SH1 at Whangārei, between Selwyn Avenue and Manse Street is closed due to a slip and SH10/SH11 is closed between Pukatona and Kawakawa.

There is a slip blocking at Dundas Road and a slip is blocking both lanes of Beach Road towards Pah Road, Onerahi, which the council said crews would clear today.

The Whangārei District Council this morning said there are reports of widespread flooding and residents should avoid travelling.

The council said at 10pm last night the following roads were closed due to flooding:

Riverside Drive reopened at 7am today.

Travellers north of Whangārei in the area near the Bay of Islands have been left stranded because of road closures and slips in both directions.

Kawakawa Primary School and Moerewa Fellowship Church are both helping to accommodate motorists.

A number of households have also evacuated due to rising river levels across the Tolaga Bay region and contractors are out in force on the East Cape clearing debris from flooded roads.

There are multiple slips on State Highway 35 and Gisborne District Council Civil Defence Emergency Management are urging people not to travel unless absolutely necessary.

State Highway 35 between Te Puia Springs and Tolaga Bay is closed due to flooding and motorists are being asked to take a detour via SH2, via Waioeka Gorge.

Some residents in Tolaga Bay evacuated their homes overnight as river levels rose across the region.

The Hikuwai River was at 12 metres at about 9am today and rising, making it nearly equivalent to the recorded flood level in June 2018.

“We’ve got rain from now until Sunday, it’s going to ease, however the river levels are still high, the ground is very saturated, so we’re going to be keeping a very close eye on what is going on. The big thing for us is people to stay at home where they can, we don’t want people to go out sightseeing.”

Uawa Civil Defence Community Link members have established a base at Tolaga Bay Area School and been calling residents to warn them of the conditions. The Uawa catchment is already sodden after recent rainfall.

Over the last 24 hours, Te Puia has had the biggest fall with 283mm of rain. Around the city 50-80mm fell, with 81mm recorded at Goodwin Road. Persistent 80-100mm is forecast to fall north of Tolaga Bay over the next 24 hours.

“This is an unusual weather pattern for this time of year,” Wilson said. “It has come from the north east and brought with it long persistent rainfall saturating the region.”