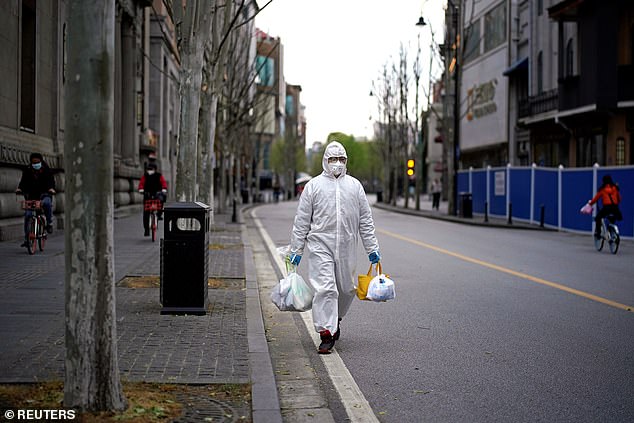 Deliveries of thousands of urns in Wuhan have raised doubts over China‘s official coronavirus death toll.

Photos have circulated on social media of families collecting ashes of those who have died from the virus.

Meanwhile local media has reported funeral homes have been receiving thousands of urns.

One funeral home even received two shipments of 5,000 urns in just two days, according to a Chinese news outlet, via the New York Post.

It is not known how many of the urns were filled with ashes.

China has so far reported 3,300 coronavirus-related deaths, with the majority taking place in Wuhan where the pandemic is believed to have originated.

Funeral workers have refused to comment on the numbers, saying they did not know how many urns were being collected.

It comes as Italy and the US have overtaken China as the hotbeds of the virus.

America is now recording more new coronavirus cases per day than anywhere else in the world, although Italy has a higher fatality rate.

And the rate of spread in America – 16,819 new cases yesterday alone – suggests that the peak of the outbreak is still weeks away.

Earlier this month in China, officials said they were on the verge of a ‘victory’ against the deadly virus.

Wuhan has even partly reopened after its lockdown, but many are sceptical of the official lines coming from the Chinese government after it has faced international backlash for the pandemic.