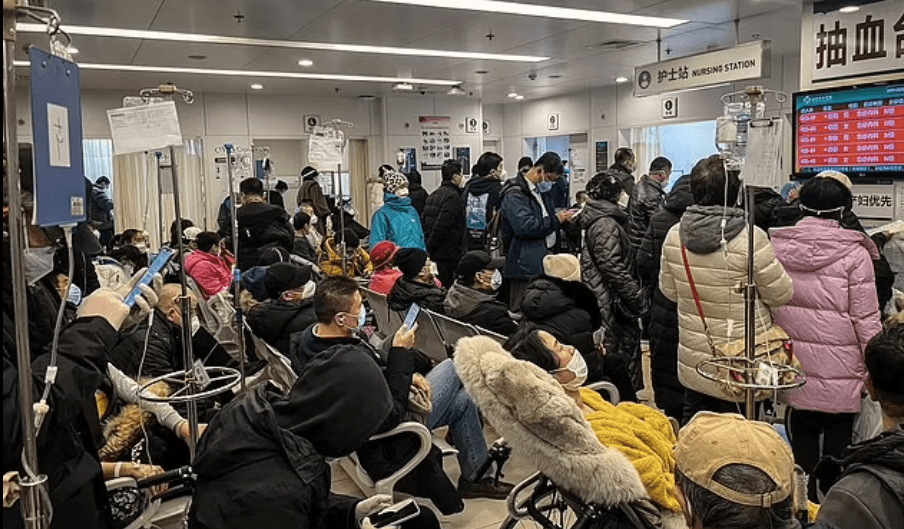 Beijing threatens retaliation against Western nations over restrictions on air passengers and the New Zealand government still hasn’t announced any restrictions and I don’t think they are going to.

In fact, whatever has been written (very little) seems to reflect Chinese government propaganda positions.

Perhaps the silence in the western media is largely explained by the fact Beijing has everyone over a barrel and can’t criticise too much what they did themselves?

Such as Jacinda Adern’s government which did a similar about-face in September while lying about the mandates. 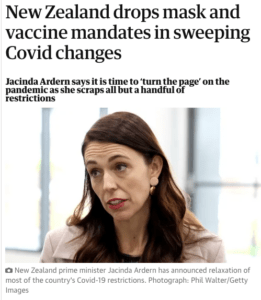 Jacinda seems more concerned with opening the economy than anything else.

In just a few days we may see planeloads of Chinese, desperate to escape what is unfolding in their country.

70% of Shanghai infected, queues at crematoria and a failing health system?

All this can be concealed in this country just as much as in China with media and government disinformation and statistics.

This report from Indian Wion is pretty biased but I would say it is more accurate than anything from Chinese or western MSM sources.

These pictures are from about a week ago

From the Daily Mail

The SCMP coverage in part reads like CCP propaganda. Beijing getting back to normal? I doubt it

Covid-19 in China: up to 70 per cent of Shanghai’s population has now been infected, says leading city doctor

Seventy per cent of the population in Shanghai may have already been infected with Covid-19 after China’s sudden U-turn on zero-Covid last month, according to a leading doctor in the city.

Chen Erzhen, vice president at Ruijin Hospital and member of Shanghai’s Covid-19 expert advisory panel, told the party mouthpiece People’s Daily that the situation had changed significantly compared with the city’s prolonged lockdown last spring, when more than 600,000 were infected and nearly 600 died in a city with a population of around 25 million.

“At that time … the infected were screened by nucleic acid tests and many of those in makeshift hospitals showed no symptoms. The epidemic now is so widespread that it has probably reached 70 per cent of the population, more than 20 to 30 times the number at that time,” Chen said.

He said the volume of patients in the emergency unit of his hospital has doubled to 1,600 people per day, 80 per cent of them Covid-related, with vulnerable groups such as the elderly or immunocompromised making up around half of these cases.

The hospital expanded its emergency capacity from four to eight consultation rooms and deployed additional medical staff from other departments, especially for the emergency unit, he added.

China has stopped counting the daily number of Covid infections after lifting restrictions last month, but the surge in cases has put the domestic health care system under intense pressure, with widespread infections among medical staff making the problem worse.

“Despite the dramatic increase in the volume of patients, treatment is being carried out in a smooth, safe and orderly manner,” Chen added.

In Zhejiang, a province neighbouring Shanghai,the number of cases is now rising at a rate of around a million a day and is expected to peak later this month, according to the provincial centre for disease control and prevention.

The centre also warned that the reopening of national borders and the Lunar New Year travel rush later this month will increase the risk of a spike in cases fuelled by new variants.

Researchers at Shanghai Jiao Tong University and Ruijin Hospital, where Chen is based, have calculated that the winter Covid-19 wave will have passed in many major cities such as Beijing, Tianjin, Chongqing and Chengdu before the Spring Festival, which falls on January 22 this year. But they warned that rural areas are at greater risk of a surge in cases as a result of holiday travel.

Jiao Yahui, director of the National Health Commission’s medical affairs department, told state broadcaster CCTV on Monday, that it would be an “enormous challenge” to cope with outbreaks in rural areas.

She said with many urban residents expected to visit relatives in the countryside and “we are even more worried about the rural epidemic”.

China can expect repeat Covid infections with new strains on the way: experts

On Saturday the government announced plans “to ensure the supply of essential goods and epidemic control resources in rural areas” and “to protect the lives and health of rural residents to the greatest extent possible”.

“What we are most worried about is that in the past three years nobody has returned home for Lunar New Year but they finally can this year,” said Jiao.