Thousands, and possibly tens-of-thousands of protesters across Europe marched on Saturday against continued government lockdowns and other pandemic restrictions based on questionable science – which have resulted in mass unemployment, destroyed small businesses, stoked widespread depression and mental illness, and cost taxpayers trillions to keep the whole ship from sinking.

Protesters in London, Germany, France, Sweden, The Netherlands, Australia, Belgium, Japan, Vienna and elsewhere came out for the Worldwide Rally for Freedom.

In central London, thousands of anti-lockdown activists were seen walking through Hyde Park, chanting “stand up, take our freedom back!”

This is by far the BIGGEST UK protest I have seen. They will not be able to police these crowds. #RightToProtest #londonprotest #lockdown2021 pic.twitter.com/w6MbYpBMWT

“Stop destroying our kids’ lives”
Huge crowd shuts down traffic in central #London at anti-lockdown protest. The UK has been in strict lock down since December. pic.twitter.com/UwVxjrwi1i

“Stand up get you freedom back!”
“Burn your mask!” chants ?

It’s good to see the old boys out & fighting! ???? pic.twitter.com/1AFct0BhqL

In Germany, police used pepper spray on protesters in the city of Kassel, where 15,000 – 20,000 demonstrators showed up, according to the Daily Mail. Some 1,800 officers were placed on standby in Berlin.

Scuffles erupted when a group of demonstrators tried to break through a police cordon to join up with other protesters, resulting in shoving and prompting officers to use pepper spray. -Daily Mail

Scuffles breaking out between police and anti Coronavirus lockdown protesters in Germany as protests take place across the world. pic.twitter.com/4arC4OZkoq

In Melbourne, Australia, protesters chanting “Free to speak. Free to breathe” came out by the thousands.

Veterans form a line of defence for anti lockdown protesters in Amsterdam. pic.twitter.com/3HI6xMCJYs

Japan out in force today protesting against the Coronavirus lockdown. pic.twitter.com/cJa9Kik4u4

Huge protests in Belgium too as the world unites against Coronavirus tyranny. pic.twitter.com/4hFQPHxISb

This is what happens when you destroy economies based on questionable science.

“This six-foot distancing requirement has probably been the single costliest mitigation tactic that we’ve employed in response to COVID,” says @scottgottliebmd. pic.twitter.com/M5tmgj3kTY

Republished from ZeroHedge.com with permission

The post “Burn Your Masks!” Massive Anti-Lockdown Protests Rage Worldwide appeared first on We Are Change.

In Wellington, New Zealand we had an embarssingly-small but convivial demonstration 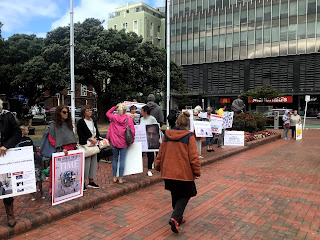 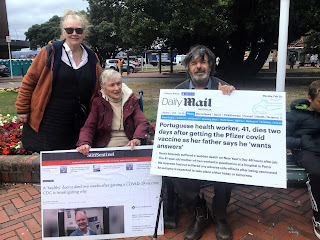