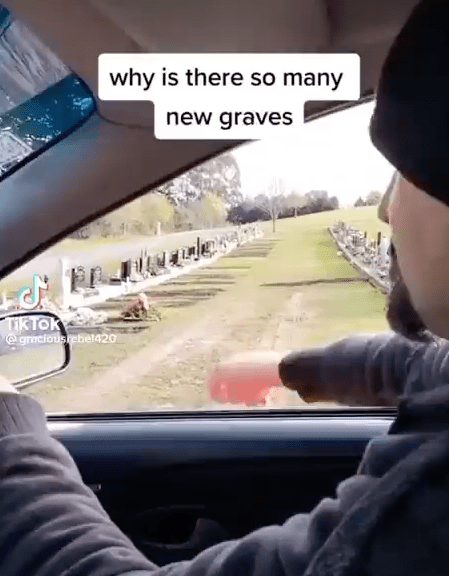 Oamaru is a small town in the South Island of New Zealand with a population of 13,000. 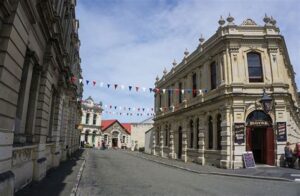 How can a town that size have 94 freshly-dug graves that don’t even have headstones yet?

It has been. pointed out that this is only burials and not cremations.

You would have to be a special sort of person not to have noticed how many, mainly elderly, folk are dying.

Just in our own circle we are overwhelmed by reports of deaths and people saying that they have lost a lot of their clientele over recent months.

Several months ago a friend of ours, a gravedigger was reporting that he had seem a huge increase in the number of people he was burying.

He was sacked for refusing to have the jab.

Here are just a few apposite comments from the twitter thread.

The majority seem to be from trolls and bots.

In our town it now costs $600-800 for an obituary in the news paper. Many people are unable or unwilling to pay that amount. This has cut down on notifications of how many deaths and their ages that are happening in our community.

Our small town in Vic has had to take a few from the city because there was no room. But no where near as many as this! 😳

Worked in a cemetery in a large city. 92 fresh graves is way too much even for the property I was at. At most, there was about 30-40 during the fall/winter months, and even then that was a rare occurrence.

😲😡😢 Keep in mind, concealing is easier now too, with not so visible cremations that became mandatory in many countries & some are in other existing graves. In Ont., Canada it took 8 mos. for a existing marker to get a date added. Just a deceased date 🤔 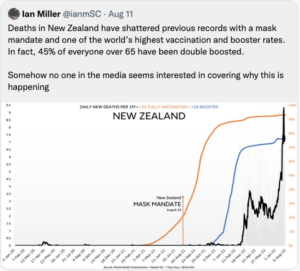 Yep – visited my husband’s grave recently in Sussex, UK, and overheard the cemetery manager say to the undertakers who arrived with a coffin and no relatives in attendance, “we are so busy.” And many fresh graves, dated 2021 – 2022 – with often quite young ages recorded.

My local paper 🗞️ went from 2- 10 deaths a week. To needing a second page to announce obituary section. With a 50% vax rate. NZ had a much higher compliance rate.🕊️ Things are getting harder for people to deni.

This graph illustrates the situation. During the pandemic before the vaccination roll-out there were 27 deaths WITH covid. Now have a look at the current situation 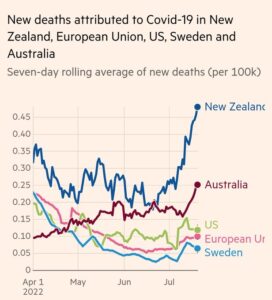 This is from Worldometer. Note, these are ONLY deaths ascribed to covid and does not include the people dying from heart attacks, strokes, blood clots that are deemed by the authorities to be “coincidental”. 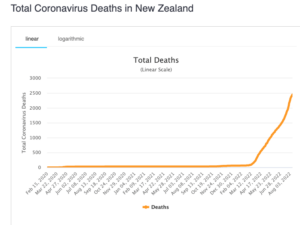 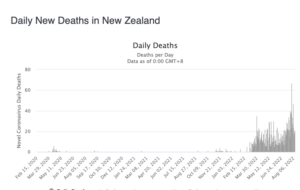 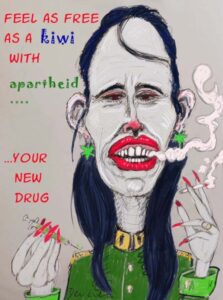 How long will it take before the jabbed majority twig on to the fact that there is a genocide going on and it is directly linked to the mRNA jab?