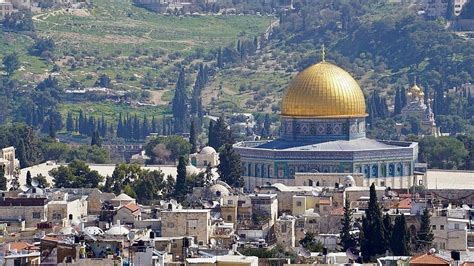 I would like to step back for a while and give you my views on the Israeli-Palestinian “conflict”.

I put it in quotation marks because it is not in the true sense a conflict, which is usually between two roughly comaprable sides.

This conflict has been with me for just short of 40 years.

In 1982, at the age of 26, I did my big overseas trip to Europe. I was persuaded to go to Israel to work on a kibbutz (it was all the rage back then).

Before then I knew little and my mind was open.

The only thing I knew was that the 6 million Jews were killled by the nazis and that they had found a second home in Palestine.

But I started to get clues as to the real Israel the moment I arrived on its shores by ship from Greece. I loathed the kibbutz and its deeply unfriendly inhabitants who looked on us volunteers as labour to be used. 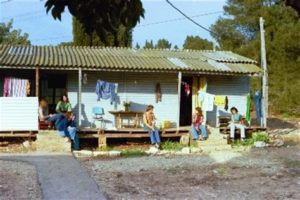 Ramat Yohanan, near Haifa was the kibbutz I stayed on in 1982

I did not just leave, but fled from the kibbutz and travelled to Jerusalem where I had one of the most formative experiences of my life.

I stayed in an Arab hotel just outside the Old City and was befriended by a young Palestinian who invited me to travel with him for the weekend to his family home in Hebron, on the Left Bank. It is one of the biggest regrets in my life that I turned down this invitation because I had met a couple of older Germans the evening before and did not want to stand them up.

That changed my attitude forever and since then it has been a process of learning more about what the State of Israel was really like.

Experience since has only reinforced my first impressions.

Part of that formative experience was having a Ukrainian Jewish girlfriend for several years who tried (unsuccessfully, thank God) to inculcate her deeply racist views.

One of the great myths throughout my life is that the Israelis took over a “empty land” because the Arab population very kindly vacated their land and houses and left them to the Jewish inhabitants who needed them because they had just gone through the Holocaust. This is what all the books I had read told me.

Of course, it was all false.

Much of the truth can be gleaned, in fact from ISRAELI sources, such as Ilan Pappe’s The Ethnic Cleansing of Palestine. 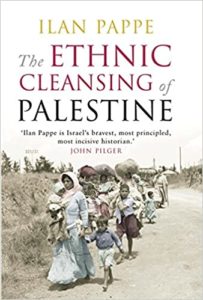 Renowned Israeli historian, Ilan Pappe’s groundbreaking book revisits the formation of the State of Israel. Between 1947 and 1949, over 400 Palestinian villages were deliberately destroyed, civilians were massacred and around a million men, women, and children were expelled from their homes at gunpoint.

Denied for almost six decades, had it happened today it could only have been called “ethnic cleansing”. Decisively debunking the myth that the Palestinian population left of their own accord in the course of this war, Ilan Pappe offers impressive archival evidence to demonstrate that, from its very inception, a central plank in Israel’s founding ideology was the forcible removal of the indigenous population. Indispensable for anyone interested in the current crisis in the Middle East.

The other myth is that the Jews are a single race and the European Jews, as one of the ancient tribes of Israel were returning to their ancient Homeland. 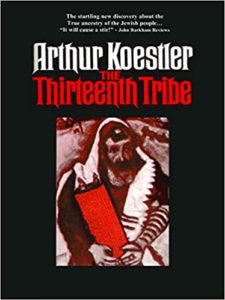 Koestler advances the thesis that Ashkenazi Jews are not descended from the historical Israelites of antiquity, but from Khazars, a Turkic people originating in and populating an empire north of and between the Black Sea and Caspian Sea. Koestler’s hypothesis is that the Khazars – who converted to Judaism in the 8th century – migrated westwards into current Eastern Europe (primarily Ukraine, Poland, Belarus, Lithuania, Hungary and Germany) in the 12th and 13th centuries when the Khazar Empire was collapsing.

This has always (and is to this day) denounced as an anti-Semitic trope, something that is encouraged by the zionists in Israel and their apologists.

However, as so often the truth came from within Israel.

A while ago I came across an article (which I cannot find in the search engines in none other than the Times of Israel which confirmed Koestler’s “anti-semitic” thesis.

However recently, I found this from none other than the Jewish News: 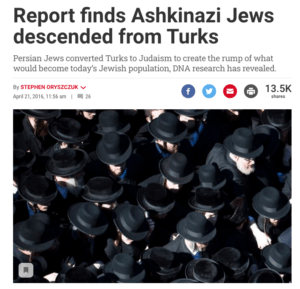 Persian Jews converted Turks to Judaism to create the rump of what would become today’s Jewish population, DNA research has revealed

And then in my search for the original item found this blog, in none other than the Times of Israel which is well worthwhile looking at. 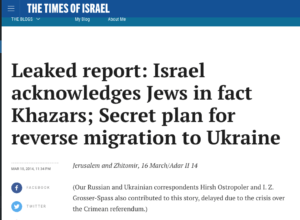 Israel seems finally to have thrown in the towel. A blue-ribbon team of scholars from leading research institutions and museums has just issued a secret report to the government, acknowledging that European Jews are in fact Khazars. (Whether this would result in yet another proposal to revise the words to “Hatikvah” remains to be seen.) At first sight, this would seem to be the worst possible news, given the Prime Minister’s relentless insistence on the need for Palestinian recognition of Israel as a “Jewish state” and the stagnation of the peace talks. But others have underestimated him at their peril. An aide quipped, when life hands you an etrog, you build a sukkah.

Of course, the Israelis had their own reasons. They want yet another “home” for Jews:

Speaking off the record, he explained, “We first thought that admitting we are really Khazars was one way to get around Abbas’s insistence that no Jew can remain in a Palestinian state. Maybe we were grasping at straws. But when he refused to accept that, it forced us to think about more creative solutions. The Ukrainian invitation for the Jews to return was a godsend. Relocating all the settlers within Israel in a short time would be difficult for reasons of logistics and economics. We certainly don’t want another fashlan like the expulsion of the settlers in the Gaza Hitnatkut [disengagement].

“We’re not talking about all the Ashkenazi Jews going back to Ukraine. Obviously that is not practical.

Speaking on deep background, a well-placed source in intelligence circles said: “We’re not talking about all the Ashkenazi Jews going back to Ukraine. Obviously that is not practical. The press as usual exaggerates and sensationalizes; this is why we need military censorship.”

But of course,all this is all off-limit for us goyim.

It is forbidden for us to discuss this because it might lead to the “outrageous” (but natural conclusion) that the Jews are not a People at all and that the European Ashkenazis, who colonised Palestine came from the Caucasus and spread across Europe, and NOT from the ancient land of Israel.

Wouldn’t that change the argument?

If we were ALLOWED to have the debate it  might lead to the conclusion that the modern day Israelis are nothing but brutal colonisers who were given Palestine in 1948 – a colonial power that relinquished (having promised it in the Balfour Declaration) something that didn’t belong to them and gave it over to another nascent colonial power.

So when you hear reports of conflicts between two sides, with the inference that the larger, nuclear-armed side, Israel, is somehow the victim of Palestinian “terrorists” ( David vs Goliath) you might now have some sense of how this inverts the more complicated truth. 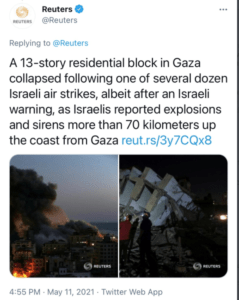 In the meantime, this, expressed very eloquently, by Ali Abunimah of Electronic Intifada) another truth while talking about Germany.

In a Woke New World we are asked to be ashamed of our past misdeeds and to show our guilt as whites (etc.) by tearing down statues and cancelling our cultural heritage because it is “racist”.

And yet, at the same time we are being asked to embrace the myths of perhaps one of the most racist regimes (outside, possibly, of China) and to support the ethnic cleansing of the original inhabitants.

The only people who I can think of (outside the masses conditioned by government and media are the following:

One of the few rational evangelicals who has repented of his previous views (that were changed by a visit to Palestine is Rick Wiles of TruNews, who successfully dismisses these strange heretical views.

It was TruNews’ reporting on zionism and other world events that got me listening to them on a regular basis.

It is high time for people to investigate and look into their consciences for doing their bit for keeping this massive injustice going.