I first learned about what was then called the Greenhouse Effect sitting in a cafe in Bangkok, Thailand in 1988.

With some gaps I have been immersed in what is now called ‘climate change‘ (although I prefer “global warming‘) since then, especially since 2012.

My health has declined to a point now that I am unable to do the detailed research I once could.

I tend these days to eschew anything that is not actual and come to realise that a lot that we are being told by the Global Elite is largely false and made to fit in with a nefarious agenda, whether it be Agenda 2030 or the Great Reset.

This conclusion has been reinforced in the past 18 months or so. Partially because of changes in my own brain I have become far more open to other alternative versions of the truth without having lost my discriminative intelligence.

Despite the corruption of the elite I have been unable to find any evidence that the world is NOT heating.

In fact, everything that I have learned tells me that the situation is even MORE dire than we are being told to believe.

But more of that later.

It seems to me that just about everyone in the climate change movement (if we can call it that) is on the liberal Left and embraces the ludicrous official narrative about a covid-19 and are the first to line up for the killer jab.

On the other hand, those who are able to embrace real data and information relating to the plandemic are almost universally part of the conservative, religious Right (perhaps because they are coming from a values base and care about Life?) and are deniers of anthropogenic climate change.

This has always perplexed me because what we are being faced with should have nothing to do with Left or Right, or any ideology – it is either true and supported by reliable data or it is not.

I have been sitting on this while becoming more open to alternative, contrarian views.

I have been looking at some of the arguments of the denialists and almost universally their counter-arguments have been less than overwhelming, unsupported by real data and often preposterous and counter-factual.

The other day a dear friend sent the following to me unprovoked but after a conversation where I deflected a strongly -expressed opinion that it is all fake:

Anyway it’s my radar my own inner radar that guides me always , I feel truth It has never resonated that it’s all about carbon dioxide ruining everything & we are to blame, seems preposterous to me actually. We live in a quantum field The truth is often yet to be discovered for us all I think we will get more disclosure coming soon around more lies we have been indoctrinated with.

Being told by someone who has used their “intuition” to come to the conclusion that the Arctic is not melting but there is MORE ice was disrespectful at the very least given that I have been monitoring Arctic ice, sometimes on a daily basis and can safely say it IS melting.

My friend followed up by suggesting that I watch the following video from Gregg Braden, who she described as “a great scientist” who would definitely impress me. I had come across Gregg Braden some years ago (recommended at the time by Mike Ruppert) and would describe him as a New Age teacher.

It appears he has graduate qualifications in geology but does not practise. If he is claiming to be a scientist then my BA in history would qualify me to say I am a historian – a claim I would never make.

However, I decided after an initial negative reaction to honour the interaction by watching the video.

On watching the video I am still convinced that Mr. Braden looks and sounds like a New Age guru who is using science to suit his pre-existing conclusion.

For all that he has come up with an argument that is worthy of examination even if he does not reference the papers he is referring to so people can examine for themselves. I had to look it up for myself. He examines a paper from 1989, Climate and atmospheric history of the past 420,000 years from the Vostok ice core, Antarctica, originally published in Nature.

He compares temperature changes with changes in CO2 concentrations and ice volumes. 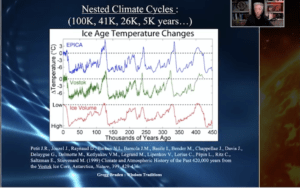 He draws lines through the time axis which seem to show that the warming comes first and changes in CO2 concentration follow. 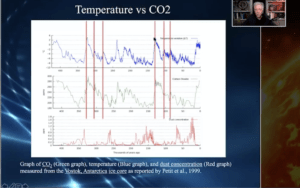 He quotes from another paper that I was able to find but not to access, Vostok ice core: climatic response to CO2 and orbital forcing changes over the last climatic cycle, which reportedly has the following conclusion which would, on the face of it fly in the face of the ruling narrative. 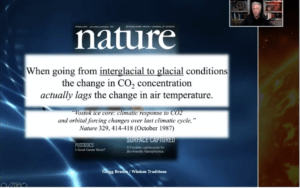 It would be remiss of me not to cite the conventional counter to the idea that:

This is what is said:

The initial changes in temperature during this period are explained by changes in the Earth’s orbit around the sun, which affects the amount of seasonal sunlight reaching the Earth’s surface. In the case of warming, the lag between temperature and CO2 is explained as follows: as ocean temperatures rise, oceans release CO2 into the atmosphere. In turn, this release amplifies the warming trend, leading to yet more CO2 being released. In other words, increasing CO2 levels become both the cause and effect of further warming. This positive feedback is necessary to trigger the shifts between glacials and interglacials as the effect of orbital changes is too weak to cause such variation. Additional positive feedbacks which play an important role in this process include other greenhouse gases, and changes in ice sheet cover and vegetation patterns.

I am not going to make a choice on this other than to suggest that there may be more to the situation than what Mr.Braden is suggesting.

He suggests that, because of that humanity can learn to adapt to the changes; in that he might be closer to the bureaucrats meeting at the COP meeting in Glasgow than any understanding I have of climate change which seems to be far more rapid than the mainstream suggests (not something short of the magic 1.5 degrees Celsius but greater than that).

He is talking of changes of less than a degree in geological time.

It is not the degree of change but the rate of the change that matters most.

We have seen warming in excess of what he is talking about, not in geological time but in historical time,  since the Industrial revolution.

Several years ago I wrote an article, Habitat – Reflecting on anthropogenic climate change and near-term extinction, based on the ideas at the time of Guy McPherson, which I still think, in this respect at least, are still worthy. There is plenty of evidence to suggest that the rate of changes in the climate exceed the ability to adapt.

In recent times, I have tried to avoid media reports that tell us what MIGHT befall us if we do not reduce our greenhouse emissions, that are moralising in tone and generally deny the true degree of the situation and are predicated on some mythical “solutions” and stick to reporting what is demonstrably happening to the Arctic ice, Siberian permafrost and methane hydrates.

The reality on the ground are: 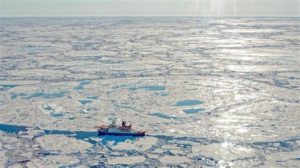 For a description of the actual reality on the ground I suggest reading the following article from the Siberian Times, that I will put to you is not part of the elite, globalist elite. 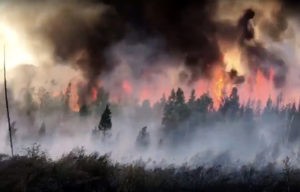 In one aspect it does not matter what the cause of warming is – whether it is caused by human emissions of CO2 (which, by the way, are both a source of life through photosynthesis and a greenhouse gas whose presence in the atmosphere has to be within certain limits to support life) or by natural cycles, terraforming, geoengineering or whatever.

The reality is that we are not talking about natural cycles over hundreds of thousands of years that can be adapted to but changes in temperature that cannot be adapted to because they are occurring in historical, and not geological time.

The arguments I have heard against anthropogenic climate change seem to me to have one thing in common – a huge normalcy bias which would assumes that the world we live in will last that way forever.

“I cannot agree because I do not want to”

Yes, there is room for intuition and feeling but, in my view, based on discipline and study (and I think of Albert Einstein as I say this).

Yes, we live in a Quantum world but just try transcending physical limitations by throwing yourself off a cliff and flying or walking through a “door that does not exist”.

At the very least to claim that “there is more ice” in the face of overwhelming evidence (and Gregg Brayden, by the way did not say there is no warming) is to put it mildly, delusional.

But, I have to recognise that people that are led solely by intuition, or whether it “resonates” are highly unlikely to be guided by the facts.

Just tell me how that is any difference with those who chose to deny overwhelming evidence about a vaccine that is killing and maiming hundreds of thousands and “chose” to believe what the authorities tell them?

2 thoughts on “A consideration of contradictory narratives”