Here’s the opinion of a kiwi from Dunedin, who’s been living in Tokyo, Japan, during this plandemic. 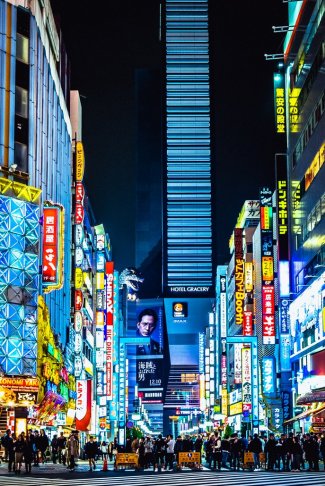 14 October, 2021
“I want to tell you about where I live because it’s one of those places that makes a mockery of the entire pandemic narrative. Here, it’s impossible to maintain the lie that social distancing, and all the other ridiculous measures they’ve forced on the world actually work.​
​
I’m a Kiwi, born and raised in Dunedin, but for the last 30 years now I’ve been living in what is regarded as the world’s biggest megapolis, seething with tens of millions of people.​
​
Tokyo… here the contradictions between the narrative and the reality of daily life are impossible to ignore… the absurdity of subways crammed with millions of commuters every morning and streets clogged with pedestrians, juxtaposed with propaganda about the need for social distancing isn’t lost on anyone who actually opens their eyes.​
This city has about 4 times the population of New Zealand crammed into an area the size of Auckland…Then there is Yokohama jammed up right next door, Kawasaki wedged in between those two and a constellation of other cities all stuck to its perimeter. Places like Saitama, Chiba, Matsudo, Kashiwa, Ichikawa, and on and on. Each of them large cities in their own right, with at least several hundred thousand people each. So the entire Kanto plain can best be described as an unbroken area of intensely urbanized and extremely built up city.​
​
You can’t go anywhere without encountering crowds of people who all had the same idea as you and yet right from the time this pandemic lie began, we’ve never been subjected to anything even close to the level of paranoid authoritarian control that has happened in NZ. When it first started, you might remember that Tokyo, Japan was the first place outside China where the virus was reported and since then there has never been any real effort to eliminate it despite here having the longest ‘incubation’ time of all. Nor has there been any effort to restrict us.​
​
We go wherever we want, whenever we want with whomever we want…There are the standard symbolic precautions like perspex barriers at service counters and of course the ubiquitous mask and shit-tons of propaganda pasted everywhere. But for Japan, mask wearing has always been a standard behavior. Nothing really looks any different.​
​
The anger I feel when I see those mealy mouthed Ardern sycophants parroting lies to the NZ public about the need for lockdowns over one or two cases makes my blood boil. Tokyo has thousands of cases at any given time and nothing even remotely close to the stupidity of NZ govt measures has ever been attempted to stop it. You must stand up and fight for your right to be free. I can’t even come home because NZ, not Japan, is erecting so many barriers and turning the country into a prison island… I can’t recognise the country of my birth anymore.​
​
If ever there was a need to implement all the madness that is happening in NZ, surely it would happen in a megacity like Tokyo, but it’s not and this makes it glaringly obvious that the entire thing has been an organized rollout of tyranny from the start…I have no doubt that it WILL eventually begin here if you, Oz, and other extreme cases capitulate and if it does I can’t imagine the Japanese govt being any less brutal than the people’s republic of Victoria.​
​
NZ should be the safest place on earth and a city like Tokyo should be where all the craziness is happening…The fact that it’s not is a massive red flag to everyone that we’re in the grips of something very very ugly and it has NOTHING to do with a virus.”​
​
​