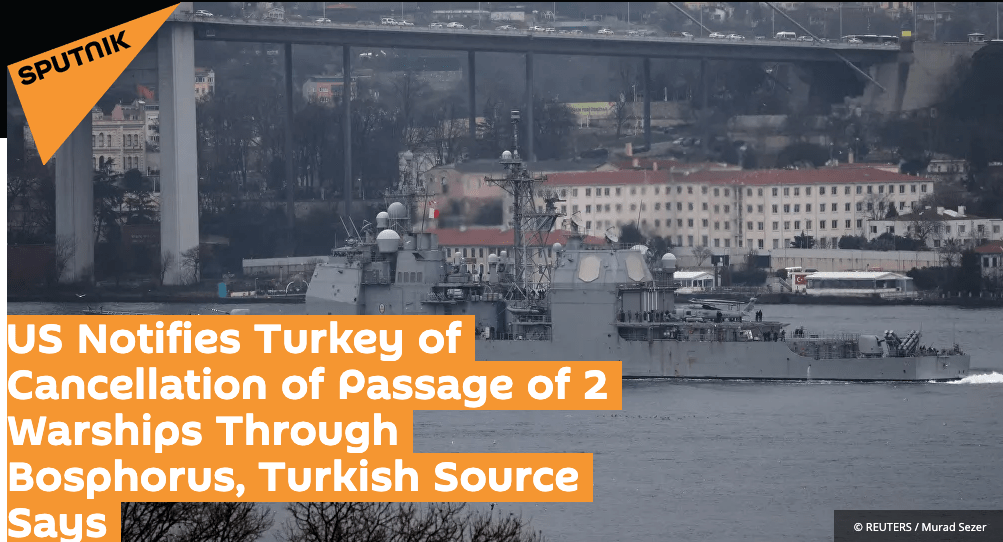 I woke up, this morning to a report from the Duran’s Alexander Mercouris, which reveals what looks very much like an embarrasing backdown by the White House and an attempt to save face. None of this has been covered by the western media (apart from a Pravda-like false report from Reuters) but can be clearly seen from readouts of conversations between Vladimir Putin and Biden and the president of Finland.

We are not even talking about the cost of putting 100,000 Ukrainian troops on the border to a people that can hardly feed themselves or afford heating oil.

I am wondering if there will be a modification in reporting from those, like Hal Turner, who want you to believe nuclear war is imminent.

I will be delighted if they are wrong.

But what is clear is that this marks another clear sign of the collapse of the United States as a global superpower.

Here are some of the documents Alexander refers to above.

First, this is the White House’s version of the converasion.

President Joseph R. Biden, Jr. spoke today with President Vladimir Putin of Russia. They discussed a number of regional and global issues, including the intent of the United States and Russia to pursue a strategic stability dialogue on a range of arms control and emerging security issues, building on the extension of the New START Treaty. President Biden also made clear that the United States will act firmly in defense of its national interests in response to Russia’s actions, such as cyber intrusions and election interference. President Biden emphasized the United States’ unwavering commitment to Ukraine’s sovereignty and territorial integrity. The President voiced our concerns over the sudden Russian military build-up in occupied Crimea and on Ukraine’s borders, and called on Russia to de-escalate tensions. President Biden reaffirmed his goal of building a stable and predictable relationship with Russia consistent with U.S. interests, and proposed a summit meeting in a third country in the coming months to discuss the full range of issues facing the United States and Russia.

The Kremlin gives a far more edifying version of the conversastion

The current state of Russia-US relations and certain pressing items on the international agenda were discussed in detail. Joseph Biden confirmed the previously transmitted invitation to the President of Russia to take part in the virtual Leaders Summit on Climate, which will be held on April 22–23.

Both presidents expressed their willingness to continue the dialogue on the critical areas of ensuring global security, which would meet the interests not only of Russia and the United States, but the entire international community. In addition, Joseph Biden expressed interest in normalising the state of affairs on the bilateral track and establishing stable and predictable interaction on pressing matters such as ensuring strategic stability and arms control, Iran’s nuclear programme, the situation in Afghanistan, and global climate change.

In this context, the US President suggested considering the possibility of holding a personal summit meeting in the foreseeable future.

When exchanging views on the internal Ukrainian crisis, Vladimir Putin outlined approaches to a political settlement based on the Minsk Package of Measures.

It was agreed to instruct the relevant departments to work through the issues raised during the telephone conversation.

As Alexander Mecouris points out, there was another conversation between Putin and the Finish president,

President of the Republic of Finland Sauli Niinistö had a long phone call with President of Russia Vladimir Putin on Tuesday evening, 13 April 2021.

The Presidents spoke about the tense situation on the Crimean peninsula and at the border between Russia and Ukraine. President Niinistö expressed his serious concern over an escalation of the situation due to the troop movements and raised the need for dialogue and actions to reduce tensions.

President Putin told about his conversation with US President Biden, and also about the planned meeting of the two presidents.

President Niinistö informed of his initiative to strengthen the 50-year-old Helsinki Spirit in 2025, and it was discussed in a positive tone.

In addition, the prison conditions of Alexei Navalny were discussed.

The Kremlin gives a more revealing version of the conversation

President of Russia Vladimir Putin had a telephone conversation with President of the Republic of Finland Sauli Niinistö.

The discussion focused on important aspects of the neighbourly relations between Russia and Finland, as well as the current state and prospects for advancing mutually beneficial relations in various fields.

The two leaders exchanged views on a number of international and regional issues. In particular, both expressed commitment to continuing productive cooperation in the North in the context of Russia’s 2021–2023 chairmanship of the Arctic Council.

Sauli Niinistö shared his new initiative to hold a summit in the Finnish capital in 2025 on the occasion of the 50th anniversary of the Conference on Security and Cooperation in Europe with an eye towards reviving the “spirit of Helsinki.” Vladimir Putin supported this idea and mentioned Russia’s proposal to convene a meeting of the heads of state of the permanent members of the UN Security Council which shares essentially the same goals.

At the request of Sauli Niinistö, Vladimir Putin outlined Russia’s approaches to resolving the internal crisis in Ukraine and emphasised the provocative actions by Kiev, which has most recently purposefully exacerbated the situation on the contact line. In this regard, he pointed out that there is no alternative to the Minsk Package of Measures as the basis for a peaceful settlement. He also underscored the importance of the full and unfailing implementation of the Normandy format agreements by Ukraine.

The President of Russia also informed his Finnish counterpart about the telephone conversation initiated by the United States that he had just had with President Joseph Biden.

It was agreed to continue contacts at various levels.

In a reversal of roles, Reuters and the western mainstream media is starting to resemble to old Soviet-era Pravda.

“The purpose of this call was to discuss, in part, the fact that there will be consequences to the actions of Russian leaders over the past several months, back into last year,” she said.

Biden spoke to Putin on April 13.

(Reporting by Steve Holland and Nandita Bose in Washington; Editing by Chris Reese)

Alexander Mercouris’s reading of the situation seems to be borne out by this which came through the wires an hour ago.

US Notifies Turkey of Cancellation of Passage of 2 Warships Through Bosphorus, Turkish Source Says 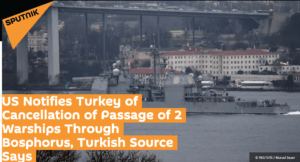 In accordance with the Montreux Convention, the Turkish Foreign Ministry was previously alerted via diplomatic channels that two US warships would be passing through the Bosphorus Strait in order to reach the Black Sea. The warships were originally slated to begin travel on April 14 and remain in the Black Sea until May 4.

“Yes, the US embassy has notified our ministry about this,” a Turkish foreign ministry source told Sputnik on Wednesday, regarding reports of the cancellation.

It was reported late last week that Washington would be deploying the USS Theodore Roosevelt and USS Donald Cook to the region, shortly after the USS Monterey and USS Dwight D. Eisenhower transited the Bosphorus Strait and conducted “multi-domain” NATO operations in the Black Sea.

Russian Deputy Foreign Minister Alexander Grushko previously issued a statement to Sputnik stating that the increase of NATO activity and presence in the Black Sea could complicate regional security.

Washington’s decision to cancel its scheduled deployment comes hours after a squadron of warships from the Russian Black Sea Fleet took to the waters to conduct artillery fire exercises.

​Some 15 ships from the Caspian Flotilla were reportedly used in the drills.

The increase in NATO activity since US President Joe Biden took office coincides with increased tensions in eastern Ukraine between Donbass and Kiev.

Russia, a guarantor of the 2015 Minsk Package of Measures, has urged Ukraine to respect the ceasefire terms of the agreement.

While Pentagon spokesperson John Kirby has said US activity in the area is “not anything new,”  Russian Deputy Foreign Minister Sergei Ryabkov has argued that the US and NATO are “deliberately turning Ukraine into a powder keg.”

The Russian official added that, if escalation occurred, “the responsibility for the consequences of such an escalation will lay entirely at the feet of Kiev and its Western curators.”

This is an earlier report by Alexander Mercouris