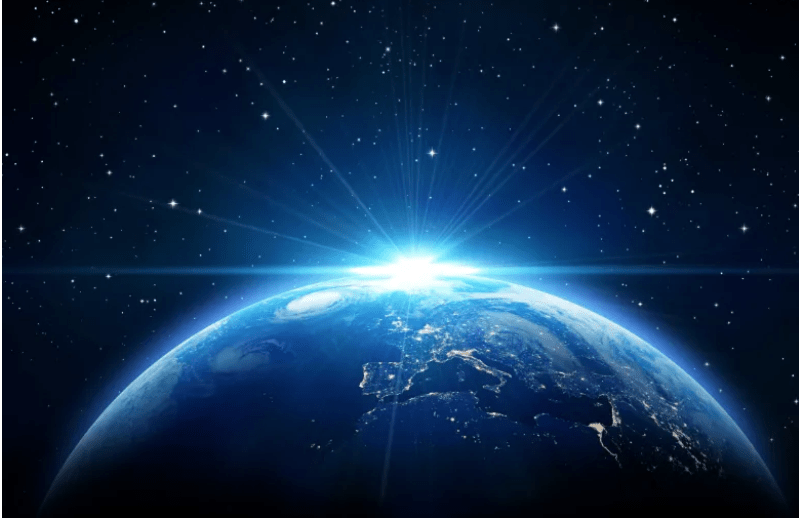 This is the best New Year greeting I have read, so I am sharing it here

My heart extends with gratitude to see another year in this incarnation and this time in history. I am grateful for the wisdom of adversity.

May the beautiful earth we live on, Terra, the emerald of the universe, be blessed. She is an alive being, who has been harmed by human ignorance and the stagnation of human spiritual evolution. May her original frequency signature be restored, all life healed, and the satanic destructive technologies that poison her atmosphere, air and elements, be transmuted into a life giving essence.

May all creatures of the earth, the magnificent species small and large, flora and fauna be helped and healed. I am grateful for their existence.

I hold on to the memory of those species extinct by the evil of this world, may the poison that was sprayed on them via chemtrails and synthetic biology be transformed into the original vibratory idea they were dreamed to be. May the deserts bloom again, weather warfare be stopped now and the true plentiful abundance of life be restored by unlimited mind.

May divine humanity – that has the power of observation and free will – be blessed. May the human species awaken, be protected, uplifted in consciousness, and healed. May the hypnotic mind control be lifted, and mass awakening happen. May humanity realize their connection to all of life, everywhere.

May the infrastructure of control be broken.

May the poisonous vaccine contents and nanotechnology be deactivated and detoxified, and all antidotes be known and available to all of humanity.

May the radiant health of human beings be restored, the divine genetic code healed, and the magnificent human brain used to its greatest evolutionary potential.

May the intentions and actions to those who follow Satan, the destroyer and deceiver, be sent back 1000-fold. May they be revealed everywhere around the world. Those who sold their soul for power and greed, may all the harm and distress they caused to innocence come back to them swiftly. May Karma be instant and absolute. May those who announced evil to befall humanity via predictive programming, events like 201, Crimson Contagion and the evil of Hollywood, know that humanity does not consent to their plans. May all curses be lifted, dissolved, and have no power in the face of absolute divine knowing.

May all those who fight oppression and evil in the world be blessed, supported, protected, illuminated, and helped by the seen and unseen.

May those who are responsible for genocide, be brought to justice. May all corruption be exposed and prosecuted to the highest degree of the law. May upholding the law have meaning again, and all abuse of power be justly stopped.

May those in positions of power, illegitimate private corporations in control of governments, congress, courts, justices, military, intelligence, media, Big Pharma and the allopathic system in service of the evil agenda of depopulation, Big Food, Big Energy, religious institutions in service of evil, election corruption apparatus, large corporations, IOT, AI, and the great Reset Infrastructure – all who sold their soul and are in service of satanic evil – be revealed and prosecuted. May their deception be brought to light in all ways and justice be served swiftly.

May the solutions of healing, free energy, future technology, space travel, genius divine mind and our place in the universe amongst the stars be revealed.

May this earth no longer be a prison planet and be freed from its oppressors on all levels of reality and in all dimensions.

May the sword of Truth be incorruptible and unbreakable. May the Love of God inspire all to know divine brotherhood.

This is our planet. Evil shall not pass. Destruction shall not reign. May all great benevolent beings, Galactic Federation, Archangels of God, Armada of the Great Good, all who embody Christ Consciousness, higher brothers from elsewhere, come to humanities aid now.

We have awakened and are slaves no more.