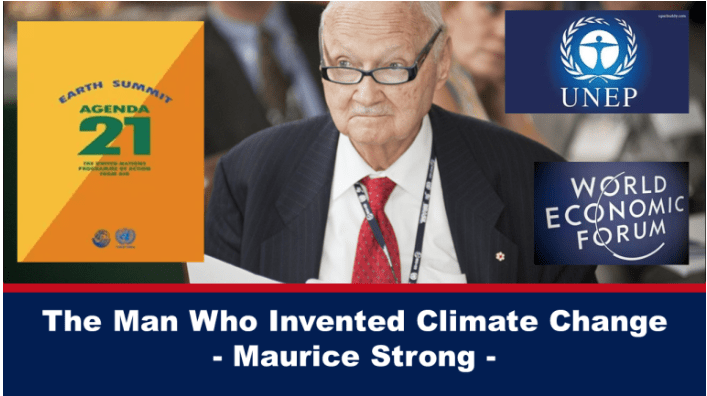 To what extent are we, plebs, being manipulated?

According to such Great Reset luminaries as Bill Gates, Prince Charles, Michael Bloomberg, Mark Carney and Klaus Schwab, humanity is expected to solve the dual threat of Covid and global warming in one revolutionary sweeping reform.

We plebeians have been told that all we have to do to restart the economy is rewire everything about our behaviour, value, finance, and ethics to decarbonise civilization under a new world regime of central bankers and new green digital currencies as outlined by the Green Horizon Summit held on 9-10 November 2020.

The Summit was hosted by the City of London Corporation, in collaboration with the Green Finance Institute, and supported by the World Economic Forum (“WEF”): “It’s time to reset the relationship between finance and the real economy. It’s time for public and private finance to get behind the transition to a sustainable and resilient future for all.”

It was at this event that keynote speaker Mark Carney announced that the total net zero transition represents “the greatest commercial opportunity of our time”:

“Climate change, the crisis that involves the entire world and from which no one will be able to self-isolate … 126 governments have now committed to net zero including three global giants – China, Japan and South Korea, in the last few weeks … Given the wholesale shift in economic and social drivers of values since Covid …  Businesses of all stripes increasingly recognise the changing consumer preferences and new climate policies are creating the greatest commercial opportunity of our time … Our objective for COP26 is to build the framework so that every financial decision can take climate change into account.”

There is a destructive plan to transform the global financial system under the guise of “climate change” and we should be concerned about the “green” financial swindle that is underway. It is not just a financial swindle but one of the largest natural land resource grabs in the history of our planet, read more HERE.

In a 2019 article, Paul Gallagher described Carney as the most influential central banker in the world. He has held the most senior positions in global central banking in the shortest period of time and is probably more responsible than any other figure – except possibly his billionaire partner Michael Bloomberg – for the current rampage of environmentalist assaults on modern industrial society.

Canadian eco-fascist Mark Carney, formerly Governor Bank of England, is on WEF’s Board of Trustees and is UN Special Envoy for Climate Action and Finance.  He seems to have a lot in common with the Canadian eco-fascist Maurice Strong – “inventor of climate change” – who was a co-founder of WEF and the architect of Agenda 21, which led to its ugly sister Agenda 2030.

On his death in 2015 The Telegraph hailed Maurice Strong as the man who invented climate change, “to this day, global climate policy is still shaped by the agenda of Maurice Strong, a Canadian multimillionaire.”  But to those who have looked behind the veil of corporate media propaganda, he’s known as the Godfather of climate change – Godfather , as in crime boss.

He was also one of Klaus Schwab’s mentors.  Schwab’s other mentor was Henry Kissinger. Kissinger recruited Schwab through the “International seminar,” a CIA-funded program at Harvard University, and introduced him to Ken Galbraith. Galbraith was a Canadian-American economist, diplomat, public policy maker, and Harvard intellectual.  Kissinger and Galbraith were the real driving force and helped Schwab create the World Economic Forum.

On Strong’s death in 2015, Schwab delivered the following remarks:

“[Strong] was my mentor since the creation of the Forum: a great friend; an indispensable advisor; and, for many years, a member of our Foundation Board. Without him, the Forum would not have achieved its present significance.”

The video clip below, taken from CBC’s 2004 documentary ‘Life and Times’, highlights the dizzying speed with which Strong rose to power, as well as his many “elite” associations. In the YouTube description section, Matthew D. Jarvie wrote:

“Despite having little education and almost no credentials, Strong was quickly risen through the ranks of power after being vetted by globalist kingpin David Rockefeller in the mid-40s, at the United Nations headquarters in New York City, after Strong landed a job there with the help of people who had connections to the UN.

“This clip takes a look at one of the world’s leading figures behind the New World Order agenda, and someone near the very top of the global warming/global tax/one world government swindle … While the documentary casts an unabashedly favourable and glowing light on Strong, those who have done the research and have studied Strong’s background and associations understand that this simply isn’t the case.”

In 1947, Maurice Strong took his first job as a clerk at the United Nations in New York. There, he befriended David Rockefeller, who helped to advance Strong and provided him with a network of influential contacts.  In 1966, Strong became head of the Canadian International Development Agency (“CIDA”).

In 1971, while still heading up the Canadian International Development Agency, Maurice Strong became a founding member of the 1001 Nature Trust, which was an elite international organisation created by Prince Bernhard of the Netherlands and Prince Philip Mountbatten. The 1001 Trust worked in tandem with Prince Bernhard’s other secretive club known as the “Bilderberg Group” which he founded in 1954 and was designed to fund the emerging new ecology movement. All 1001 members paid $10 000 for their membership which was pooled to fund the World Wildlife Fund and other green organisations.

Strong was the most active and influential member of the Brundtland Commission, a panel which the UN General Assembly established in 1983 to promote “sustainable development.” He helped produce the Commission’s 1987 report, ‘Our Common Future’, which, as a result of Strong’s influence, placed a heavy emphasis on the dangers of anthropogenic climate change – climate change caused by humans – and the virtues of socialist redistributionism. In the words of a report in the American Thinker, the Brundtland report:

In 1988, Strong convinced the United Nations Environment Program (“UNEP”) and the World Meteorological Organisation (“WMO”) to agree to the formation of an “intergovernmental mechanism” to monitor anthropogenic global warming and suggest policy recommendations for the UN and Western governments.  This organisation was the Intergovernmental Panel on Climate Change (“IPCC”).

Through the IPCC and other UN bodies, enormous sums of money were transferred from the West to third-world countries.  In 2010, the Green Climate Fund (“GCF”) was established. Its purpose was to further the UN goal of socialist redistribution in the name of sustainable development.

“Isn’t the only hope for the planet that the industrialised civilizations collapse? Isn’t it our responsibility to bring that about?”

As summarised by the Geller Report, Strong then took to his website to address the issue and wrote:

“A particularly dishonest statement … citing a fictional account which was clearly stated to be an extreme scenario of what might happen by the year 2030 if we failed to act.”

In an interview, the Guardian asked Strong about Glenn Beck dedicating a show to attack him.  Strong responded:

“You know what? I haven’t actually seen that show. But we wouldn’t be having this conversation if he hadn’t attacked me. I’m never going to be immune from criticism.”

From its inception in 1992 at the United Nation’s Earth Summit, 50,000 delegates, heads of state, diplomats and non-governmental organisations (NGOs) hailed Agenda 21 as the “comprehensive blueprint for the reorganisation of human society.” The 350-page, 40-chapter, Agenda 21 document was quite detailed and explicit in its purpose and goals.  They warned us that the reorganisation would be dictated through all-encompassing policies affecting every aspect of our lives, using environmental protection simply as the excuse to pull at our emotions and get us to voluntarily surrender our liberties.

Section I details the “Social and Economic Dimensions” of the plan, including redistribution of wealth to eradicate poverty, maintain health through vaccinations and modern medicine, and population control.

To introduce the plan, the Earth Summit Chairman, Maurice Strong boldly proclaimed, “Current lifestyles and consumption patterns of the affluent middle class – involving meat intake, use of fossil fuels, appliances, air-conditioning, and suburban housing – are not sustainable.” Of course, according to the plan, if it’s not “sustainable” it must be stopped.

American Policy Centre also noted that Agenda 21 was summed up in supporting documents this way:

“Effective execution of Agenda 21 will require a profound reorientation of all human society; unlike anything the world has ever experienced. It requires a major shift in the priorities of both governments and individuals, and an unprecedented redeployment of human and financial resources. This shift will demand that a concern for the environmental consequences of every human action be integrated into individual and collective decision-making at every level.”

As reported in 2019 by The Times of India, the specific issue of climate alarm originated as part of the Club of Rome of 1968 and its 1973 ‘Limits of Growth’ report.

One of the Club of Rome associates was Maurice Strong who played a particularly insidious role in drumming up a range of anti-poor hysterias … He had a revulsion for people. In his 2000 autobiography, he dreamt of the day when two-thirds of the world’s population might be wiped out.

Strong was widely supported by thousands of influential like-minded people, many of whom are extremely powerful today: for instance, William Nordhaus … [who] started a life-long focus on CO2 and has long recommended a carbon tax without ever bothering to check whether CO2 is actually a pollutant.

The Club of Rome and its associate organisations remain active and operate behind the scenes. There is a powerful network of people determined to use climate alarm and anti-GM propaganda as instruments to curb agricultural productivity and choke energy use by the poor. Al Gore is perhaps the most well-known but the group includes innumerable “scientists” who are happy to fudge data. The Climategate emails demonstrate how these “scientists” operate in the shadows to distort facts and mislead the public.

Looking behind the scenes of the well-orchestrated climate hysteria, The Times of India. 25 August 2019

Fourteen years ago, in the video below, Matthew D. Jarvie highlighted the connection between the environmental movement and those who are striving to bring about a new system of control to the world. Jarvie began by naming notable members of the Club of Rome.  The first member he named was – Maurice Strong.