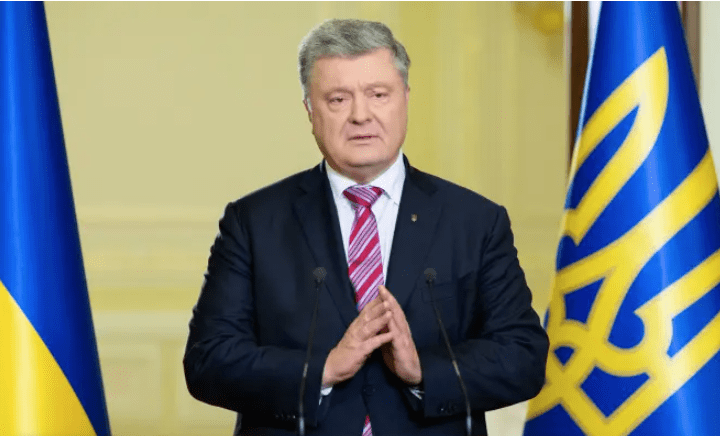 This segment came from the Davos meeting in May, 2022

George Soros: ‘We have a foundation in Ukraine and it happens to be one of our best’

George Soros: ‘We have a foundation in Ukraine and it happens to be one of our best’

The Hungarian-born trader also stressed the president’s support: ‘I also want to mention that there is one person who was very deeply involved in Ukraine, and that’s Biden.”

Here are some reminders of Biden family corruption.

For some reason this next video has never been removed.

Details of the conversations between Biden and Poroshenko have been previously reported.

Derkach said he received the leaked audio from “investigative journalists” — and that the recordings were made by Poroshenko himself.

Audio of the calls with English subtitles was later posted on YouTube.

In one conversation, Biden and Poroshenko discuss the aftermath of Ukrainian Prosecutor General Viktor Shokin’s ouster and the appointment of his replacement.

“It’s going to be critical for him to work quickly to repair the damage that Shokin did,” Biden said in the call. “And I’m a man of my word. And now that the new prosecutor general is in place, we’re ready to move forward to signing that new $1 billion loan guarantee.”

At the time, Biden was publicly pushing for reform of the prosecutor general’s office. Last year, Biden said he told Poroshenko that Ukraine would not receive the $1 billion unless Shokin was booted.

The released recordings do not mention Hunter Biden or Burisma.

Derkach, a former member of the pro-Russia Party of Regions, has pushed for a corruption case against the Bidens. He and Rudy Giuliani, President Trump’s personal attorney, met in Kiev in December.

Derkach has previously claimed Biden pressured Ukraine in December 2015 to force Shokin’s resignation and dangled $1 billion in loan guarantees as an incentive.

Biden’s campaign responded to the release of the recording, claiming it was part of an ongoing effort by the Russians to hurt Biden.

“They heavily edited this, and it’s still a nothingburger that landed with a thud,” Biden spokesman Andrew Bates told the Washington Post.

Trump and others have alleged Biden pushed for Shokin’s removal because Shokin was investigating Burisma.

Poroshenko’s political party, European Solidarity, said the release of the recordings was designed to drag Ukraine — a longtime US ally — into the US’ 2020 presidential election.

“Biden, his son and his brother had a 30-year-long scam to make money, millions, selling his public office,” Giuliani told host Sean Hannity.

Derkach held a press conference earlier Wednesday in Kyiv where he claimed to have documents showing how Burisma Holdings paid Joe Biden the lobbying fees.

Hunter Biden worked for Burisma while his father served as vice president and acted as the point man on US effort to stamp out corruption in Ukraine. Hunter was paid $50,000 a month.

“Funds in the amount of $900,000 were transferred to the US-based company Rosemont Seneca Partners,” Derkach told reporters, referring to the investment company the younger Biden founded with Chris Heinz, the stepson of former Secretary of State John Kerry.

“The payment reference was payment for consultative services,” Derkach said, according to Interfax, a Russian news agency.

He went on to claim Burisma — according to documents — paid $16.5 million to former Polish President Aleksander Kwasnieski, who was chair of Burisma’s board, Hunter Biden and Devon Archer.

Archer, a partner in Rosemont Seneca, joined the Burisma board months before Hunter Biden did in 2014.

Their joining Burisma led to a falling out with Heinz, who eventually ended his business relationship with them.

Prosecutors have found no evidence that either Biden did anything wrong, and Giuliani did not respond to requests for comment about details of the alleged documents.

Joe Biden’s presidential campaign did not respond to a request for comment.

Trump and his allies, including Giuliani and Republican members of Congress, have alleged that Joe Biden sought to have Shokin fired because Shokin was investigating Burisma.

“We don’t know that it’s true yet. We know of the allegation,” she said.

Trump in a July 25 phone call asked Zelensky to launch an investigation into the Bidens.