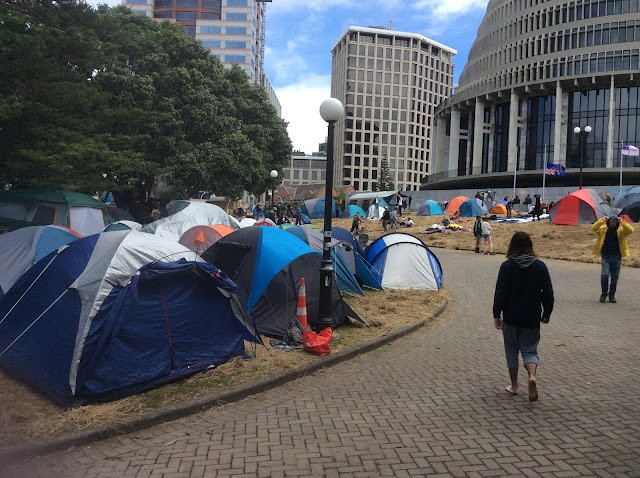 We went down to Parliament on Thursday after a horrific day of mass arrests by the police and returned yesterday after a weekend of extreme weather. 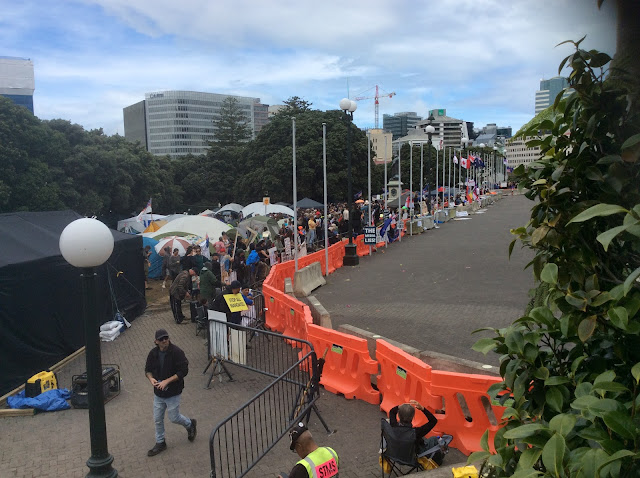 In the meantime, we paid host to a woman from New Plymouth who had been there throughout with her German Shepherd dog who was very popular with the children who were traumatised by the events on Thursday.

The police broke through the solid lines to arrest people, possibly at random but I suspect, seeing a whole group of women were arrested, all of whom were nurses, midwives and doctors.  The women were in the second line trying to hold on to the men. They were absolutely traumatised and shaking.

Our guest said the whole thing could have been lost at that point but opined that there was Divine intervention and the police were unsuccessful in breaking up the occupation.

The police and media have said throughout that this was a ‘superspreader event’ and expressed ‘concern’ for the health of those there.

One would think, following the propaganda line, that hundreds or thousands of people living in tents cheek-by-jowl, getting around with sodden feet and clothes in the midst of a major storm might have come down with the dreaded Omicron variety of covid-19.

Instead, what we saw were a largely healthy and robust group of young people who seemed to have recovered from their ordeal quite quickly. Instead, what we heard, time after time were horror stories of death and injury of the families and loved ones from taking the jab.  Not one story of a single unvaxxed person getting omicron or any other version of covid-19. The parliament grounds were crowded with people – men, women and children – and dogs. There was very little room to spare. 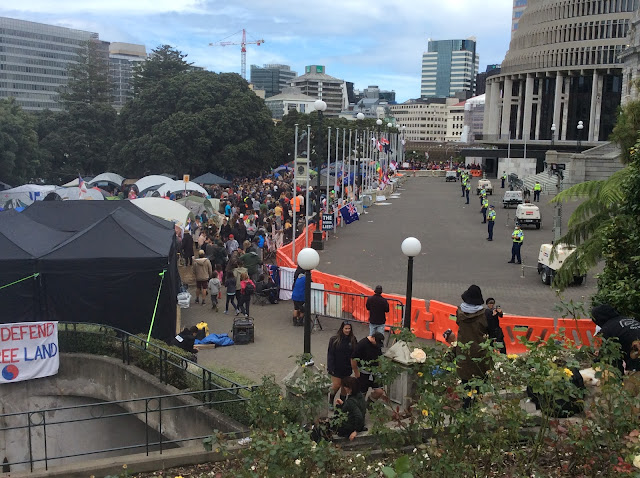 The media has made much of “insanitary” conditions and of feces on the ground.  From what we could see everything was spic-and-span. Townies could understandably be upset at the odour of the farmyard in the grounds of the House of Representatives.

As things started to warm up there was the unmistakeable smell of hay. We were transported back to the farm and horses. 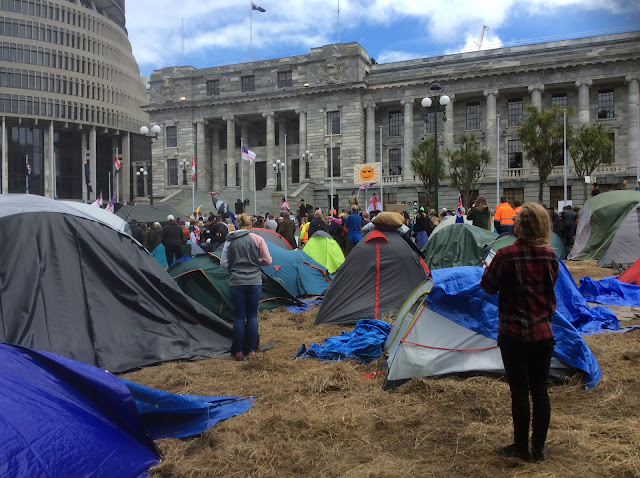 There were many more tents erected compared to 4 days ago.

There was a space for women and children, for those injured by the vaccines to tell their stories; a first aid tent.

Here is a tent with the Hari Krishna. 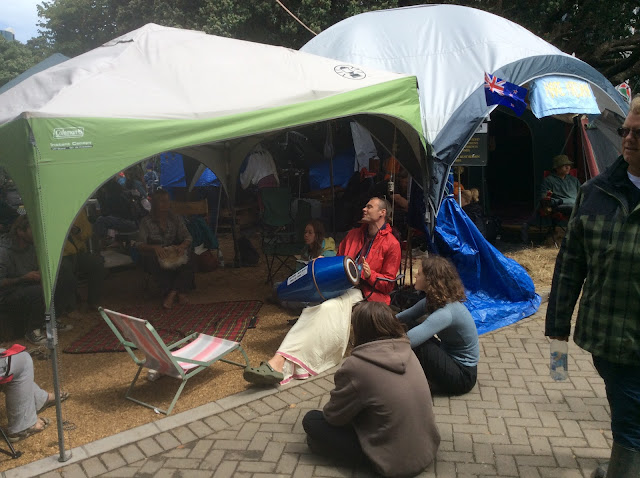 And a tent making medicines available 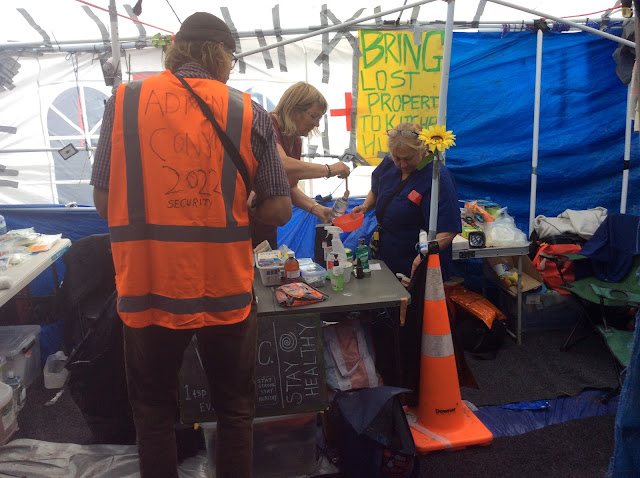 The following pictures paint the picture. Who could ever have imagined a tent city, large crowds, piles of hay in the grounds of the House of Representatives? 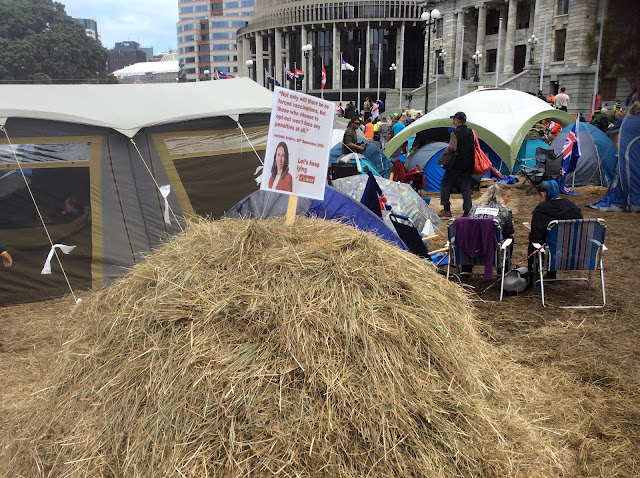 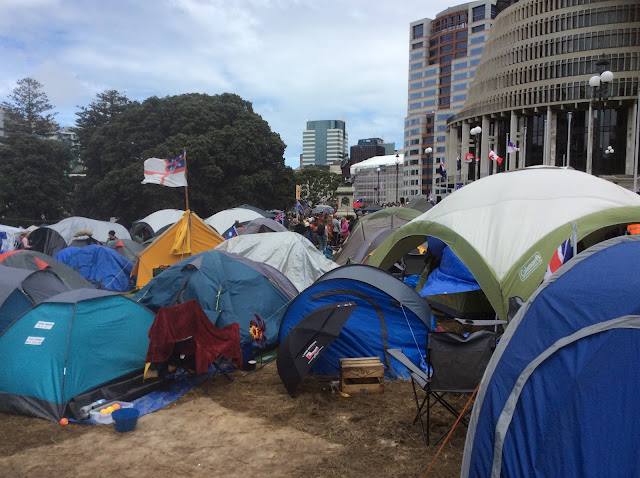 When we were there, listening to addresses by the midwives an unmistakeable voice came over loud-and-clear from another louspeaker: “this is Trevor Mallard here”.  That evinced a loud cry of jeers, laughter and disgust that would have drowned out anybody. 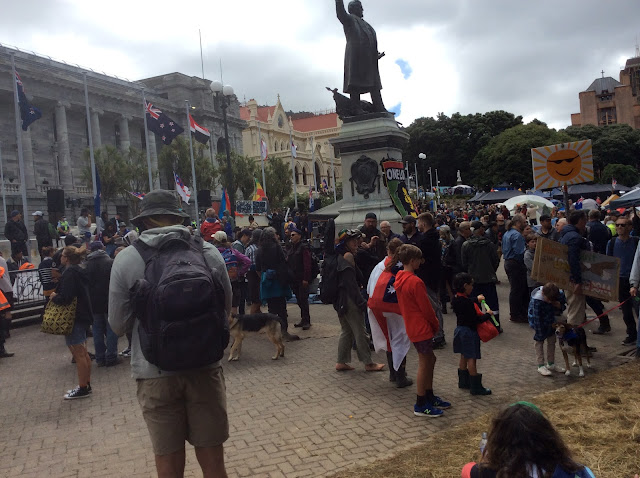 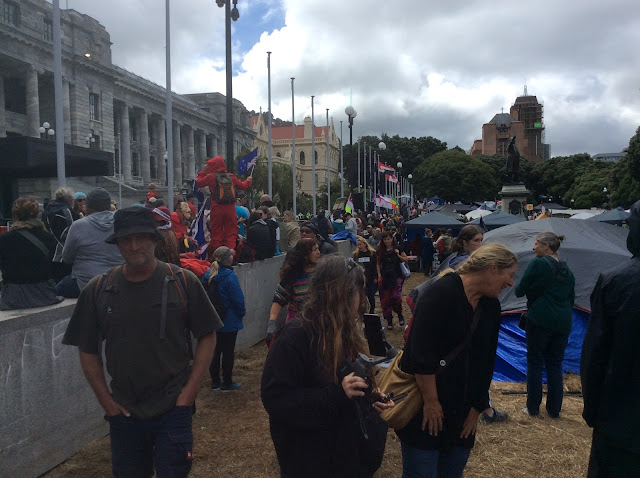 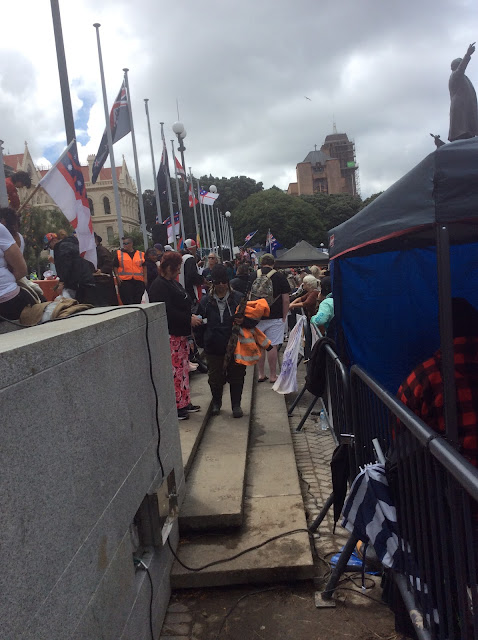 “MAGA” took on a new message – “Make Adern go away” 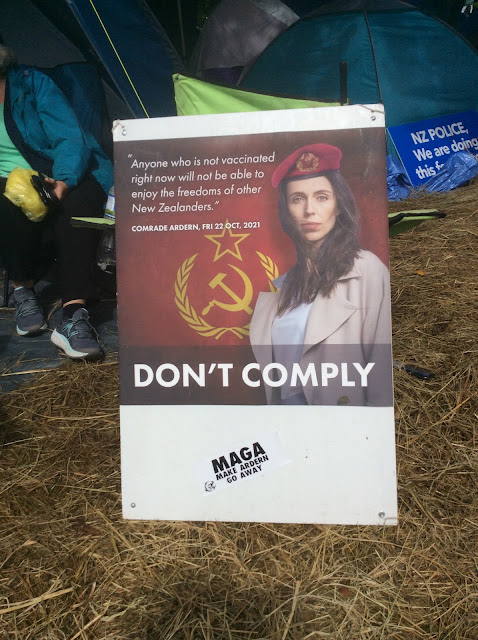 The horse float we photographed the other day was now full of messages. 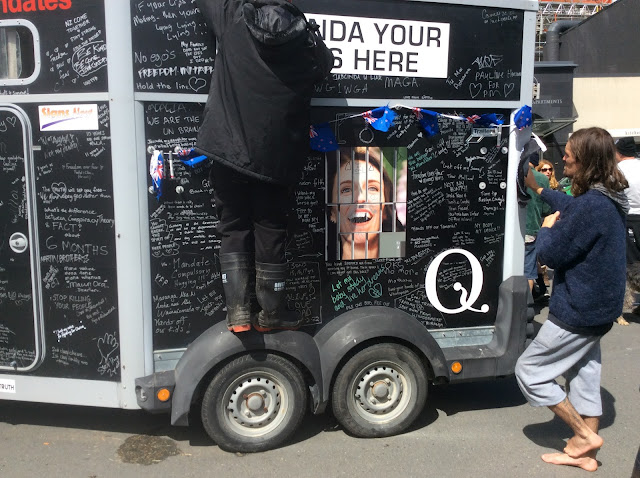 Somehow, I don’t think this is going to go away anytime soon because I don’t see this government backing down in a way we have seen elsewhere in the world.
But then things can change very quickly.