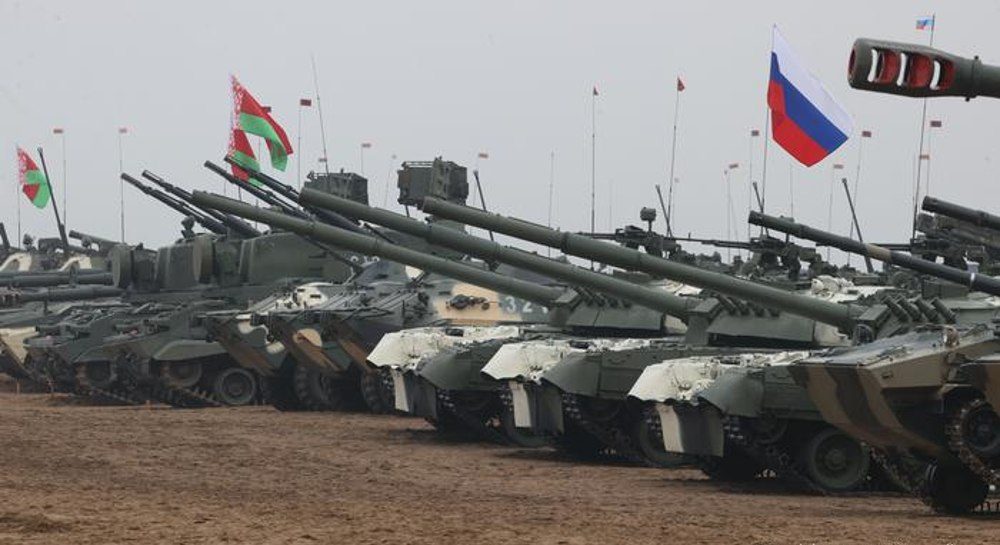 A large concentration of Russian forces is recorded in Belarus, with the country intensively preparing for a generalized war with Ukraine.  So far,  170 Russian tanks, 200 armored fighting vehicles and up to 100 artillery systems have arrived.

The staff of the Armed Forces of Ukraine admits that there may be an issue of a siege of Kiev depending on the degree of Russian military build-up in Belarus.  So far, Minsk has announced that only 9,000 Russian troops will arrive to help the 70,000 Belarusians.

At least 200,000 Army will be required to start the Kiev operation, so we are only at the beginning of Russian force build-up.  If Russia wants to get the upper hand in all of Ukraine, it needs to capture Kyiv.

The tactics of the Russian Commander-in-Chief S.Surovikin show that indeed Kyiv will be a target after its inhabitants are first exhausted by cold and other hardships.  The final assault on Kyiv is expected to take place in December.

This is also shown by the intensive military preparation in Belarus.  The  head of the Ministry of Emergency Situations of Belarus gave an interview and talked about 5,000 shelters in the country while giving instructions to citizens.

In a press release, the Ministry of Defense of Belarus announced its “concerns” in relation to:

Everything shows that the ground is being prepared for a generalized military involvement of Belarus.

The head of the international military cooperation department of the Ministry of Defense of Belarus, Valery Revenko, announced that a total of about 170 tanks, up to 200 armored fighting vehicles and up to 100 guns and mortars with a caliber of more than 100 mm.  they arrive from Russia.

The total number of Russian personnel to be deployed on the territory of the country will be about 9,000 people, which will significantly strengthen the defense capability of Belarus.

The Secretary of the Security Council of Belarus meaningfully emphasized that  “we hope we will not have to use this material”  while leaving open the possibility of an increase in the number of Russian forces.

Watch video of movements of Belarusian forces in Vitebsk.  They are marked “D2”

Capture of Kiev in 3-4 months

“Ukraine is ready for a possible next Russian attack from the territory of Belarus,”  said Ukrainian Lieutenant General Serhiy Naev.

He clarified that, according to the information of the General Staff of the Armed Forces of Ukraine,  the Russian administration can plan the capture of Kiev in 3-4 months, based on the presence of its own and Ukrainian troops in this direction.

However, if necessary, the Armed Forces of Ukraine can increase the number of personnel and various equipment on the northern border to cope.

“Right now we are ready for an attack from Belarus.  We must understand that the troops that will accumulate in Belarus will increase their degree of readiness and aggression.  Accordingly, the Ukrainian administration will also increase its  forces and means,” he   stressed.

forces and means,” he   stressed.

“Naev assured that now the situation near the northern border of Ukraine is under control.  The balance of forces and means allows me to say that at this moment we are fully prepared,”  he added, reassuring the audience.

Naef noted that currently the detachment of the Armed Forces of the Russian Federation on the territory of Belarus is at least 1,000 soldiers and is expected to increase to at least 9,000.

He drew attention to the fact that the Ministry of Defense of Ukraine is very closely monitoring the development of the situation and correcting the transfer of armored vehicles, aviation and other weapon systems from Russia to Belarus.

The armed forces of Belarus and Russia will hold joint military exercises that will include live fire and anti-aircraft missile launches, the Defense Ministry announced in Minsk.

Military units will be deployed “at four firing ranges in Belarus, in the eastern and central parts of the country ,” according to a Belarusian Defense Ministry official.

Taking into account the evolving situation, we are gradually implementing individual measures aimed at preparing the regional force group to deal with emerging challenges and threats. We are confident that we will ensure security along the entire perimeter of the borders of the Union State in the Eastern European collective security area.”

“We are not going to attack anyone. I would like to emphasize once again that this group of forces is supposed to perform purely defensive tasks. All the measures taken are aimed at an adequate response to what is happening along our borders” .

The head of the Ministry of Emergency Situations of Belarus revealed that there are more than 5,000 different closed structures that can be used to protect the population in case of missile attacks.

“Belarus is doing everything possible to avoid military conflicts on the territory of our country. Nevertheless, work is being done that, if a danger arises, will save and protect the population,” said the head of the Ministry of Emergency Situations of Belarus, Vadim Sinyavsky.