Another
‘Nightmare At Sea’:

Update (1830ET): As state and federal officials scramble to find a place for the ‘Grand Princess’ cruise ship to dock, Vice President Pence has announced Friday afternoon that 21 people aboard the Grand Princess – 19 crew and 2 passengers – have tested positive for Covid-19.

BREAKING! 21 tests out of 46 have tested POSITIVE for the coronavirus… for people on board the Grand Princess which is 50 miles off the coast of Northern California. 1 test is inconclusive.

103 people are talking about this 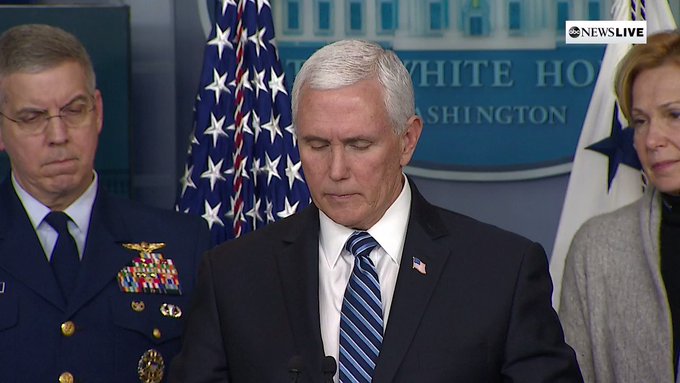 357 people are talking about this

The testing is ongoing. Between crew and passengers, there are more than 3,500 people aboard the ship.

During an interview shortly before the numbers were announced, President Trump said he wanted the passengers to remain on the ship because he doesn’t want to see the total US case numbers ‘double’ as soon as it docks. 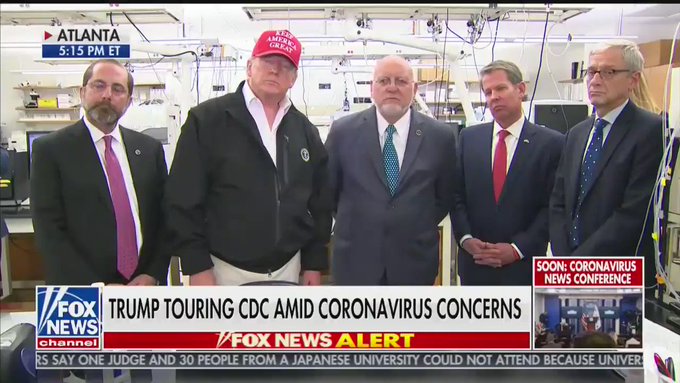 3,453 people are talking about this

It’s like the world’s most horrifying case of de ja vu. A cruise ship carrying 3,500 passengers and crew (2,700 passengers, roughly 800 crew) is floating listlessly in the waters off San Francisco after Cali Gov. Gavin Newsom barred it from docking in the Bay Area city, which reported its first two “presumptive” cases just last night.

California officials on Thursday confirmed that four others who traveled during a previous voyage of the ship have been sickened, and another passenger died in California, becoming the first US death outside the Seattle area earlier this week. The 71-year-old man from Sacramento was said to have had other underlying health issues. Two of the four passengers mentioned above are among the patients who have been hospitalized with the virus in Northern California. 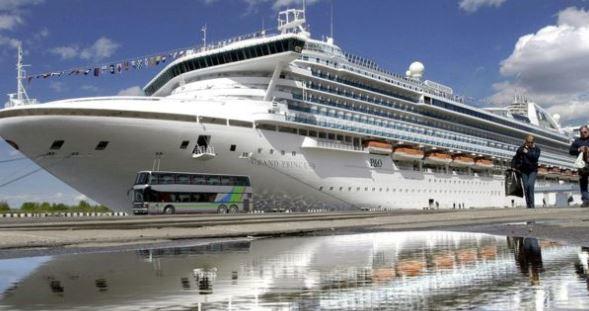 The other two have been asked to self-quarantine at home.

A military helicopter delivered test kits to the ship on Thursday after reports claimed 35 passengers had shown suspicious symptoms. Newsom has said he won’t allow the ship to dock until its passengers have all been “properly assessed.” As of last night, officials had identified 100 people as priorities for testing, and as President Trump said during a press conference Friday morning as he signed the $8.3 billion aid package into law, people are being tested “as we speak.” The results from the first batch of tests are expected Friday afternoon.

Another American passenger who traveled with the other five during the prior voyage in question told the BBC that she and her husband had fallen ill after returning home, but hadn’t given it much thought until reading about the passenger who died. The two complained that they “couldn’t get a straight answer” about how to get tested.

“We were in Sacramento, we were in Martinez, we were in Oakland. We took a train home from the cruise. I really hope that we’re negative so nobody got infected.”

Of course, the cruise ship situation immediately brings to mind the ‘Diamond Princess’, another ship, owned by the same Carnival Cruise subsidiary, that was for weeks home to the largest outbreak outside China, eventually, just over 700 cases were confirmed among its passengers and crew, and several governments, including the US, evacuated citizens from a quarantine overseen by the Japanese government. Six people eventually died. Several passengers have died, and the Japanese and the State Department have been criticized over their handling of the situation.