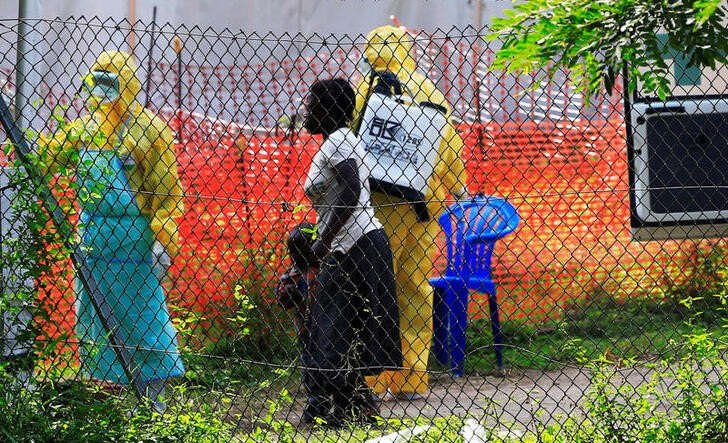 JOHANNESBURG (Reuters) – The death toll from an Ebola outbreak in Uganda has risen to 48, with 131 confirmed cases, a health official involved in managing the outbreak said on Thursday.
“Confirmed cases by today 131 and 48 deaths,” Henry Kyobe Bosa, Ebola incident commander at Uganda’s health ministry, told a briefing organised by the World Health Organization’s Africa office.

“On the spread and when we are likely to have the outbreak ending I see no experts on this panel can actually predict when it will end,” he said, adding authorities were using measures like contact-tracing, risk communication, and appropriate treatment and burials to control the outbreak.

Last month the government said it was optimistic the Ebola outbreak could be wiped out by the end of the year.

Africa’s top public health body said last week it thought the situation was “not getting out of hand”.

The virus circulating in Uganda is the Sudan strain of Ebola, for which there is no proven vaccine, unlike the more common Zaire strain seen during recent outbreaks in Democratic Republic of Congo.

WHO chief Tedros Adhanom Ghebreyesus said in mid-October that a clinical trial of vaccines to combat the Sudan strain of Ebola could start within weeks.

Guess how they diagnose!

Polymerase chain reaction (PCR) is one of the most commonly used diagnostic methods because of its ability to detect low levels of Ebola virus. PCR methods can detect the presence of a few virus particles in small amounts of blood, but the ability to detect the virus increases as the amount of virus increases during an active infection. When the virus is no longer present in great enough numbers in a patient’s blood, PCR methods will no longer be effective. Other methods, based on the detection of antibodies an EVD case produces to an infection, can then be used to confirm a patient’s exposure and infection by Ebola virus.

It is a long time since I have looked at Dr. Rashid Buttar.

This is truly frightening information if it is true.

Dr Rashid A Buttar | You MUST Know This Information!

I have extracted the important 3 minutes here