When did I start agreeing with ex-leader of the right-wing ACT party?

He seems to have mellowed and become a bit less extreme.

I have given up on adhering to (any) contemporary political philosophy so there is room for us to be allies of a sort for a day. 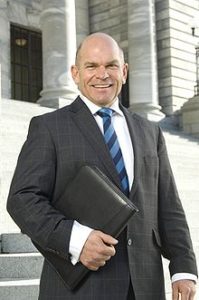 New Zealand has unraveled. The values and knowledge that underpin a free and prosperous society have been turned inside out, upside down and trashed.

It has happened over night without discussion or debate. A switch was flipped and we awoke in a different country. It is not one we recognise or know.

We are left disoriented and reeling. Brave souls rebel against particular policy but to no avail. There is no argument or debate. That was then; this is now.

The new New Zealand known as Aotearoa is totalitarian. There is one acceptable view on everything and anyone expressing alternative views is morally reprehensible and to be condemned and destroyed. We have learnt to keep our ideas and thoughts to ourselves. To speak your mind risks your career, business and social standing.

And stay alert: the one acceptable view is fast changing and it is easy to be caught in wrong think. Right ideas can quickly become wrong.

We call it woke and PC but carefully and always looking over our shoulder. But the terms don’t capture the extent of the revolution.

Up is down, failure is success, wrong is right. Dystopian novels, like “1984”, once stark warnings, now read as manifestos.

While we slept the year was reset to zero. Our very history was rewritten. What was civilising is now oppression. Prehistory, which was dark and violent, is now peace and light and the new religion. Aotearoa has made its own history. And that too is subject to change.

Our outlook has become child-like with the world not as it is but what we think it is, or better, as we would like it to be. We can say it and make it so. There are no facts, just declared right and declared wrong. X and Y chromosomes don’t matter: we are who want to be right down to our sex. And new is better. We feel sorry for boys and girls trapped in an old social construct. It is far better to be something else.

The laws of thermodynamics no longer apply. Windmills and batteries will make us rich and clean.

The economic problem is not how do we feed and house ourselves but how do we distribute what is here. Printing money doesn’t cause inflation: that comes from overseas. Besides, inflation is fixed through price controls, rejigging taxes and subsidies and more government money. Unaffordable housing isn’t a problem because the government just promises to build more houses. There! Fixed!

NO ONE MUST MAKE IT BY THEIR OWN EFFORTS AND ABILITIES. And if they think they did, they must be told they are wrong.

Aotearoa is easy to describe: it is everything that was right and good and true in New Zealand declared wrong, evil and false. One person, one vote? Goodness no. That would let Jack and Jill decide. We now have special people. And how do we decide who the special people are and what they want? Well, their betters decide for them. It’s called tribalism. And tribalism is good because it’s back before history when there was peace and light and no global warming.

In Aotearoa politics is power. And power is everything. Power decides right and wrong, truth and lies. Power provides the podium and the podium provides the truth. Science is a political weapon. It’s presented as above politics and good politics follows science. But good politics chooses the scientists and the scientists know it. Non-chosen scientists are conspiracy theorists. They are dangerous. They are disappeared from public life. Politics decide science.

There is constant fear in Aotearoa. Fear is a primitive emotion that overrides reason and keeps us compliant. We have X years to save the planet. We must do Y. Otherwise all life is doomed.

Or better, there’s a pandemic. You are going to die. Tomorrow. Lock everyone down. Do as you are told. Don’t question the policy. That will kill grandma. Or worse. Don’t undermine public health. Report the truth. We will tell you the truth. Sweden? They will all die. Report that. They didn’t die? Don’t report that. That would undermine public health.

Don’t talk to your neigbours. Stay in your bubble. Mask up. Don’t go to the playground: it’s a biohazard.

Take your medicine. Or lose your job. And become second class. Even your kids must take their medication. And keep taking it. Are your papers in order? Did you scan in? Still getting sick? Take more medicine: otherwise you will be even sicker. Oh it’s like a bad ‘flu? Ha! That’s a dangerous conspiracy. It would have killed you but the closed borders, lockdowns and medication saved you and made covid the flu. Our models and scientists prove it. And our media endlessly repeat it. Covid was bad but government made it okay.

Oh no. A new strain is about to hit Aotearoa. Keep your papers up-to-date.

People are protesting? They have lost their jobs? Their homes? The medication injured them? They are filth. They are foreign. They are fascists. They are white supremacists. They have been on the internet. They are dangerous. Stay away. They will make you sick. Don’t talk to them. You will lose your job. You will become one of them. You don’t want to be abused and belittled. Even the opposition agree. We are united. We are a team of 5 million. Be kind. Stay safe. The police will clean out the filth. They will preserve the truth.

It seems like a switch was flipped but it wasn’t. It’s taken 50 years. We have a generation now who don’t accept objective truth or right and wrong. They scoff at the very idea. They have read nothing. They know nothing. There is just the socially useful knowledge that we must parrot to be accepted and get ahead. Like Climate Change. And Treaty Partnership. It starts at school. Try being a teacher or Professor who questions an Aotearoan truth. Or a business leader. Or a reporter. Or a plumber.

Or a ten year old who asks out loud whether recycling wastes resources, or fossil fuels feed the poor, or whether in old Aotearoa there was slavery and cannibalism. We learn young to play along and lies become the truth.

In New Zealand mental health is a problem. Children are depressed. They are rudderless without the search for truth or right and wrong and a world that is doomed by its own success. But don’t worry: in Aotearoa mental health problems are a plus. It’s like not being a boy or a girl or being a tribalist, or both: it makes you special. Even better if you have never worked and only lived on a benefit.

It means you are not filth. You fit in. Perfectly.