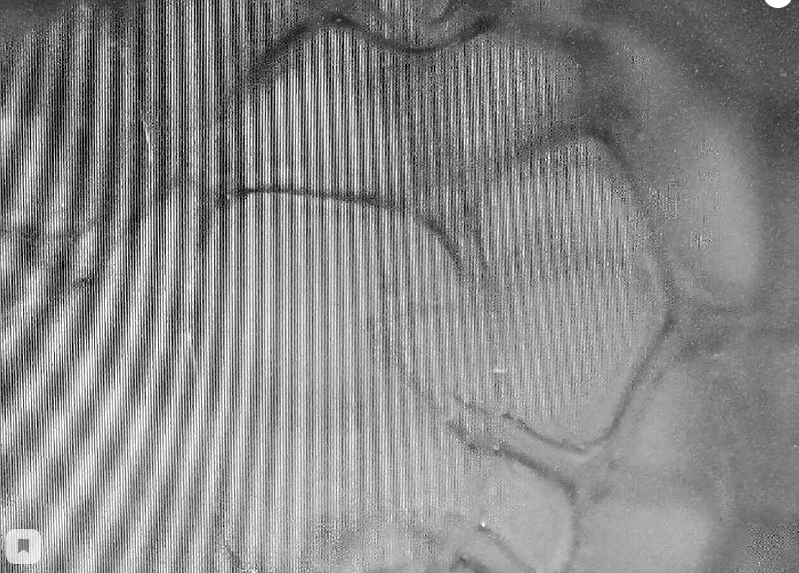 The analysis was performed in the months November 2020 to March 2021 on test sticks in sets. SD Biosensor, Abbott and Nadal in an unnamed hospital laboratory from Bratislava, Slovakia. The test swabs were from the sets used in surface testing in Slovakia and in hospitals.

Anyone who has at least a standard school microscope and a test microscope can verify the information regarding the test swabs published here. All information about test swabs, Darpa Hydrogels, and lithium is publicly available in scientific and corporate work. Links to some are at the end of the document.

From this information it is clear that test sticks are a criminal tool of genocide in the population of Slovakia. This is a worldwide, thoughtful and carefully prepared event.

Figure 1 and 2 Nylon hollow fibers at the broken end of test swabs.

Figure 3. For comparison, a picture of a classic cotton wool under a microscope.

Figure 4 and 5 Broken-shaped ends – their task is to disrupt the epithelium (surface layer) on the mucosa, thereby also their breakage and subsequent leaching of the fiber content – Darpa Hydrogel and Lithium. The threads are patented [by Darpa].

Figure 7. On the slide, after mechanical manipulation, which is identical to the swab nasopharyngeal material that contains crushed nylon fibers, hydrogel and lithium. This material remains in the nasopharynx after spawning.

Figure 8 and 9. Darpa Hydrogel beads that form the content of hollow nylon fibers.

Figure 10 to 11. After contact of the Darpa Hydrogel with organic fluids (e.g., saliva), within a few minutes they begin to form rectangular crystal structures. These gradually grow in a fractal manner.

Figure 12. Result of crystallization after 24 hours.

Figure 13. These Darpa Hydrogel Crystals create a 3D spatial structure and grow through the tissues.

Figure 15 and 16. Natural crystallization of saliva without Darpa Hydrogel. Crystals do not create 3D spatial models and do not even form rectangular structures and do not grow in a fractal way.

Figure 17 3D. Darpa Hydrogel Crystals. To this was added human saliva with antibodies on the left and then on the right ivermectin. see Figures 18 and 19.

Figure 18. Effect of saliva of a human who overcame COVID naturally and has antibodies. Such saliva was added to the left side of the structures in Figure 17 and came almost immediately to the permanent disintegration of Darpa Hydrogel Crystal structures.

Figure 19. Ivermectin was added to the right side of the structures in Figure 17 and occurred immediately to the complete and permanent disappearance of the Darpa Hydrogel Crystal structures. This clearly shows what Ivermectin has an incredibly strong effect against what makes Darpa Hydrogel in our organisms.

The effect of Darpa Hydrogel on human blood cells.

After spawning a mixture of nylon fiber fragments, Darpa Hydrogel remains on the nasal mucosa under the pituitary and pineal gland along with lithium. This mixture immediately reacts with living structures to form crystals that are directionally oriented to the pineal gland, which has its own electromagnetic field. The shape of the crystals determines the type of hydrogel used. The crystals are conductive due to the lithium contained in it. The crystals can receive the signal from the transmitter to the cell and transmit signals from the cell to the transmitter. These are actually nano-antennas.

Lithium is an element (reference to Li) that does not occur naturally in humans. It is highly toxic to the pineal gland influence. In low doses it blocks it and in higher doses it can completely destroy it. Aluminum and mercury also have toxic effects on the pineal gland, which are widely used in vaccines. The pineal gland produces serotonin (a hormone of happiness) and controls human biorhythms. It is crucial for higher brain activity (creativity, foresight, sixth sense, etc.) and for social interactions of man. More details in reference (5) grasshoppers.

Darpa Hydrogel (reference) is an artificial substance that creates a converter between the electromagnetic signal and living cell, tissue and organ. Converts an electromagnetic signal from a transmitter to a signal which a living cell understands and responds to. (see photo of beetle – Darpa Hydrogel was injected into this nerve structures and was controllable via a radio).

Darpa Hydrogel and lithium block and destroy the pineal gland and cause the thinking person to become a controllable biorobot. A hydrogel is a carrier of an active substance, its task is to get the substance into the body at a pre-desired place.

Briefly on the issue of vaccines. Vaccines contain Darpa Hydrogel, lithium and patented genetic information. mRNA is not an untested novelty. In breeding and for top athletes, this type has been using doping for many years. For top athletes 4), this doping significantly shortens the life.

Genetic information in the vaccine leads to the creation of a patented mutant. The dream of the dark forces around Bill Gates is to achieve to force these mutants, for example by vaccination, to regularly upgrade as a computer program.

The swabs used for PCR are also composed of hollow nylon fibers with Darpa Hydrogel.