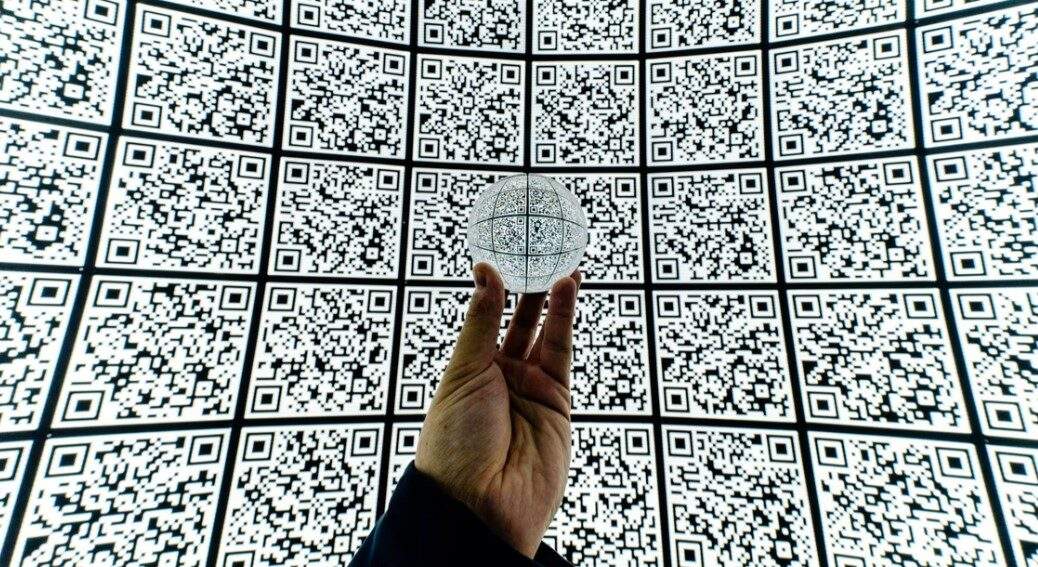 (Natural News) We are hearing through the grapevine that Sri Lanka’s latest approach to handling the fuel crisis in its country is to ration fuel using residents’ Wuhan coronavirus (COVID-19) QR codes.

The only way to buy gasoline in Sri Lanka, we are told, is to show one’s COVID “passport” via a smartphone – this being exactly the type of government misuse that many warned about when QR codes for the plandemic were first introduced.

A type of the Mark of the Beast, COVID QR codes are a digital mark that must be shown in order to continue engaging in commerce, as fuel is needed to drive, as well as to create and transport goods and services.

Russia’s “special operation” in Ukraine is shouldering most of the blame for Sri Lanka’s current dire situation as the tiny country, located at the southern tip of India, struggles to maintain adequate gas supplies amid a global rush for gas.

Prices for what little gas Sri Lanka has been able to procure are skyrocketing, and the government’s solution is to demand that residents show their COVID QR codes in order to partake (Related: Check out our earlier coverage about the Sri Lanka fuel protests to learn more about the spiraling situation in the Southeast Asian country).

Is fuel rationing on the agenda for the rest of the world?

It sounds as though the COVID QR code in Sri Lanka has been retooled as a gas rationing QR code, meaning residents are awarded access to fuel on some kind of rolling basis depending on available supplies.

As some gas becomes available, in other words, certain residents are notified that they can show up to purchase gas – just so long as their code has been “activated.” Those without an active QR code will not be allowed to purchase any gas.

The below video, which was shared on Twitter, shows the process in action:

Sri Lanka ?? Fuel Rations delivered and authorized by a Govt QR Code…Coming to a town near you, unless of course you ??????? pic.twitter.com/TVA6aOf80P

Seeing as how covid QR codes were used in many other countries besides Sri Lanka, and seeing as how fuel shortages and inflation are now afflicting pretty much every country except Russia and its allies, it is safe to assume that this new imposition will spread to other countries.

As the gas taps get shut off in Europe, for instance, there is a chance that Europeans in countries like Germany and The Netherlands could eventually be told that they, too, need to show their QR codes in order to heat their homes and businesses this winter.

“They’ll tighten the screws to do everything they can to get ppl onto the App,” tweeted someone named “GetBackToLife – #NoJabsForKids” (@TinyFighterGirl).

Someone else named “Luther” (@LutherBurgsvik) tweeted a link to FuelPass.gov.lk, though it does not seem to be accessible from anywhere outside of Sri Lanka – except, perhaps, with a VPN (virtual private network) ¬– as the main page displays a message stating:

“National Fuel Pass: You are not authorized”

Another named “Rozalyn Gracia” (@graccie_roz) tweeted that she believes Sri Lanka was “intentionally staged to make way for this” as an example for the rest of the world to emulate as the economic dominoes continue to topple.

As soon as WEF contributor, Ranil Wickremesinghe, took over as president of Sri Lanka, a QR code for fuel price rationing was announced. This is a blueprint for what many more countries are likely to face.

Ranil Wickremesinghe is the new president of Sri Lanka and also a member and agenda contributor of Klaus Schwab’s World Economic Forum (WEF). No wonder, then, that the latter is also helping to implement, step by step, the globalist organisation’s plans for total control and subjugation of countries to the Great Reset agenda.

The president has also found a suitable globalist supporter in Energy Minister Kanchana Wijesekera, who has now announced the “National Fuel Pass”.

“After initial technical problems, the FuelPass QR system was successfully tested today. [The] pilot project will continue before it is rolled out nationwide next week. The fuel quota for the last digit on the number plate will ease fuel lines over the next few days and speed up distribution across the island,” Wijesekera wrote in a tweet.

“I thank the petrol station owners who have supported the project, the public who have embraced and supported it, the emergency services and volunteers who have helped implement it. Some petrol stations didn’t adopt it, [and] some people manipulated [or] forged [QR codes] and didn’t want it to be implemented. However, it will be enforced island-wide.”

From now on, there will be a certain amount of fuel every week for people to fill up two days a week, the energy minister said. Accordingly, Sri Lankans will have to apply with their identity card number. Once their ID and other details are verified, they will be assigned a QR code that will allow them to fill up at petrol pumps across the country.

Citizens will then be prompted to fill up based on the last digit of their vehicle registration number in turn. Tourists and foreigners, however, are given priority, at least in the capital Colombo. Apparently, this is to avoid further damage to the country’s tourism industry, especially since foreigners also bring foreign currency into the country, which is urgently needed.

Given that the West is currently trying to successively sanction Russian oil (and its derivatives), which will also cause a shortage of diesel and petrol, this measure in Sri Lanka can also be seen as a blueprint for what is yet to happen in Europe.

Without such digital IDs with QR codes, with which our vaccination status, our vehicles and who knows what else are queried, we might not be able to buy food or even fill up with petrol in the future.

The economic crisis in Sri Lanka has seen millions of people facing acute shortages of not only fuel, but also food, cooking gas and medicine. Former President Rajapaksa’s infamous “green” fertilizer ban contributed largely to the famine the island is currently experiencing.

In the Netherlands, farmers protesting the government’s “green” plans to regulate their livelihoods out of existence and seize their farms have continued their campaign. Already, similar protests have popped up in Italy, Poland, and Germany.

‘Protests are growing. They’re certainly not stopping at this moment!’

On Saturday, tens of thousands of people in Amsterdam took part in a protest in support of farmers and truckers, among others. They gathered on Dam Square and then walked around the city.

On the Dam were tractors and trucks decorated with banners. The demonstration was part of a worldwide protest. Many people carried an upside-down Dutch flag and wore red farmer’s handkerchiefs.

During the protest, a video message was shown from the American ex-general Michael Flynn, expressing support for the Dutch farmers. “We stand shoulder to shoulder with you. The world is behind the farmers. Your fight is our fight,” Flynn said, urging everyone to put up Dutch flags on social media.

“All our rights are under attack,” Flynn continued. “We have not given permission to have our freedoms taken away. And for that reason, many countries are beginning to rise up against their tyrannical governments.”

All over the world people are peacefully resisting the globalist elites, said the former general. Flynn told the Dutch farmers: “We admire your courage and we fight to defend your land. Your freedoms are under attack and we stand behind you.”

After almost five months of war in Ukraine, the German government’s Russian energy boycott policy is dramatically losing support among the population. Even in politics, sobering voices are heard. The Bavarian CSU Prime Minister Söder was quoted in the weekly Bild am Sonntag as saying: “The strategy of quickly bringing Russia to its knees with sanctions has not worked so far.”

Clearly, the globalist Söder is backing down because there has been a marked change in the public mood. Perseverance is quite different from exploiting anti-war sentiments for a week or two.

Shortly after the war in Ukraine began in February, 61 percent of Germans were still in favor of stopping Russian gas imports. That is no longer the case. According to a current INSA survey, 74 percent expect an economic downturn and an increase in unemployment in Germany, while 83 percent believe that prices will continue to rise.

Particularly dramatic – and a resounding slap in the face for the Scholtz administration, is that almost every second person (47 percent) believes that Germany is harming itself more than Russia with the sanctions. Only 12 percent believe that Russia will suffer more damage.

The government could soon face an icy headwind, at the latest when apartments turn cold.