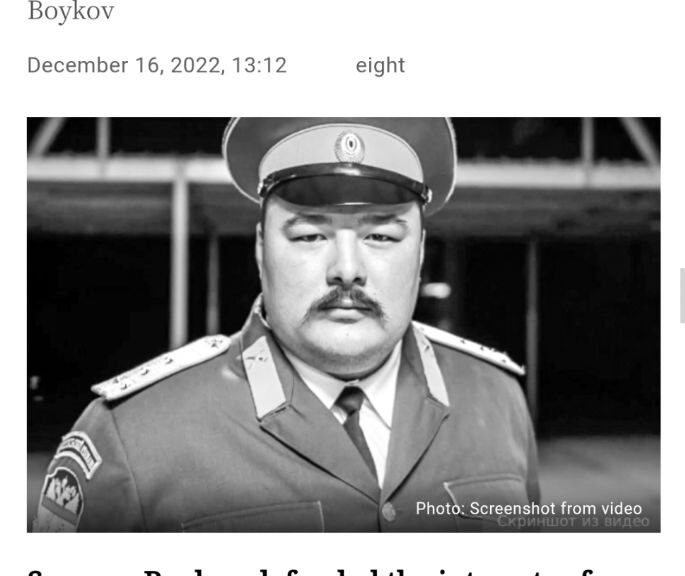 This is behind a paywall 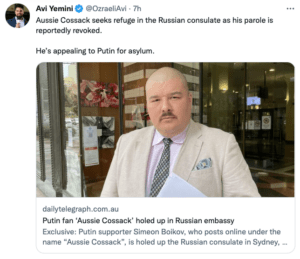 🚓Solicitor Mark Davies from Xenophon lawyers confirms that the NSW Police where formally informed days ago of @AussieCossack’s exact whereabouts as reported in the Daily Telegraph.

🚨Despite knowing @AussieCossack’s exact location NSW Police “pretend to look for him” as an excuse to harass, raid, search and intimidate innocent members of @AussieCossack’s family including children and his wife Mrs Cossack.

🎙Full story including video coming out tonight on @AussieCossack YouTube.

☎️PS. Complaints and community feedback may be made over the phone to Burwood Police on +61297468499 in relation to these disgusting Police Gestapo tactics. 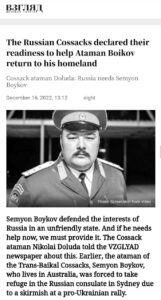 🟢“Boikov is a wonderful person, a true patriot. He, being in a difficult life situation, supports Russia in all directions. He was a victim of persecution in Australia for his public position, activities and beliefs,” said State Duma deputy, Ataman (Leader) of the All-Russian Cossacks Nikolai Doluda.

🟢“In Russia, Simeon Boikov would be useful with his convictions, views and patriotism and the knowledge that he received while living in an unfriendly state. And we cannot leave him in the current situation,” Doluda concluded.