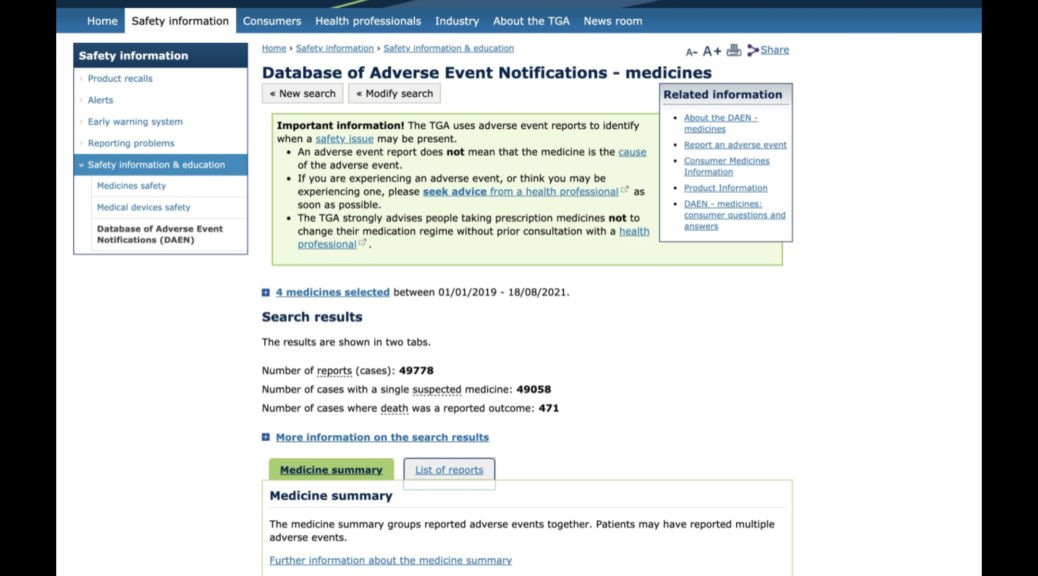 The fear of God is being instilled in people and Australia is being turned into a fascistic police state before our very eyes.
Yet the Australian government TGA (Therapeutic Goods Administration) has been released. 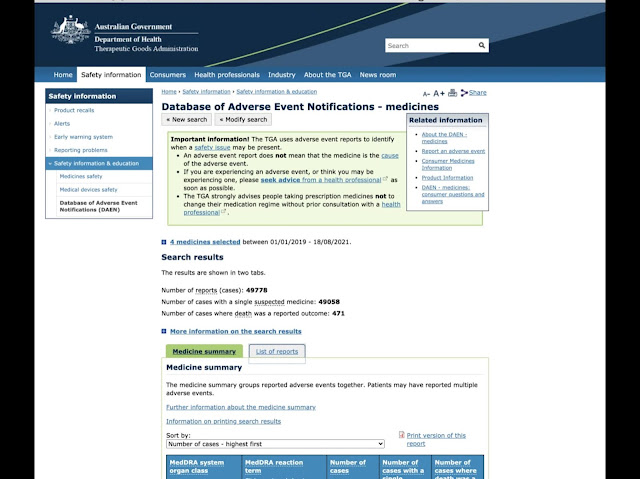 If you still didn’t get the message here it is again.
That is:
49,778 injuries
471 DEATHS
50 pages of side effects
Yet here are the “massive” number of deaths WITH covid-19 from Worldometer. 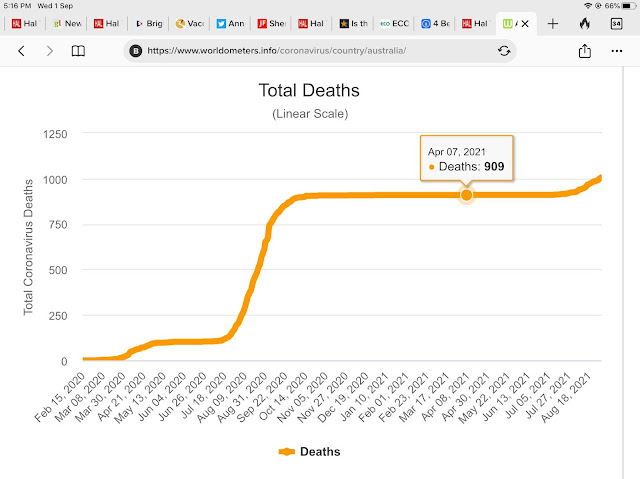 These statistics show the number of deaths WITH COVID

As we know these figures are cooked and count people who might have died from a heart attack but had had a positive PCR test. 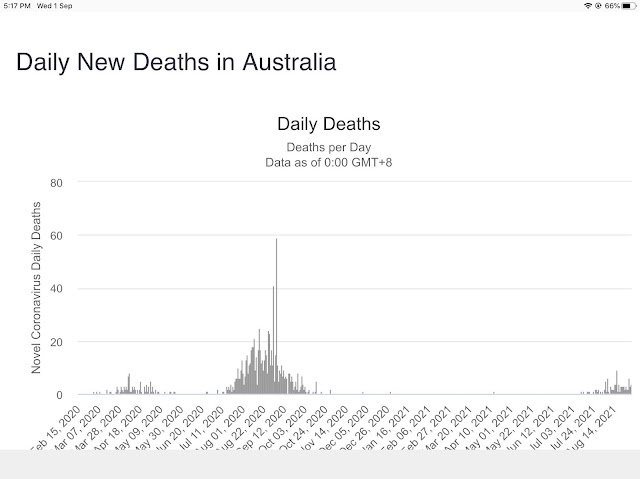 https://www.worldometers.info/coronavirus/country/australia/
So well hidden is the actual data that I could not find it when I looked but found this “explanation”.
I have highlighted some key points.

Vaccination against COVID-19 is one of the most effective ways to reduce severe illness and death from infection. Two COVID-19 vaccines are currently in use in Australia – AstraZeneca and Comirnaty (Pfizer). Like all medicines, the vaccines can have side effects (also known as adverse events). The overwhelming majority of these are mild and resolve within a few days. The Therapeutic Goods Administration (TGA) closely monitors suspected side effects. Importantly, adverse events reported to the TGA are often not caused by the vaccine itself. Learn more about causality.

Learn about the TGA’s COVID-19 vaccine safety monitoring and reporting activities or report a suspected side effect.

https://www.tga.gov.au/periodic/covid-19-vaccine-weekly-safety-report-05-08-2021#section-734
For some reason there interpretation did not take into account “rare” “side-effects” such as DEATH.
In a similar vein this is what is being told to GP’s 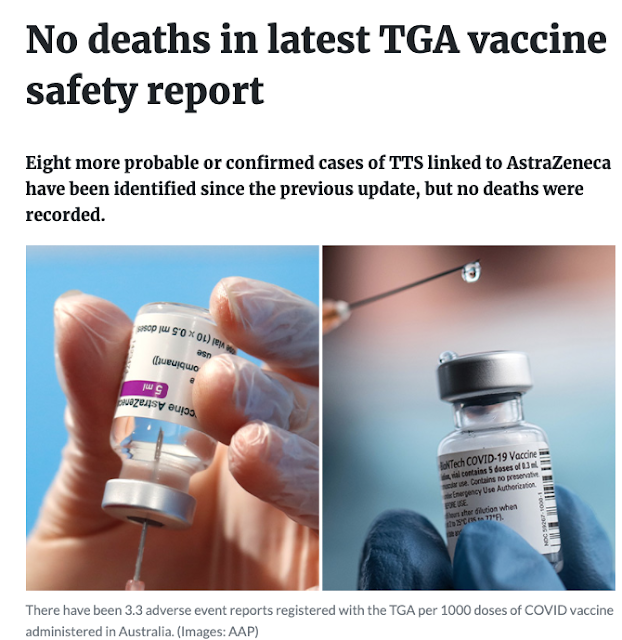 The additional cases of thrombosis with thrombocytopenia syndrome (TTS) bring the total number reported in Australia to 112 (62 confirmed, 50 probable) from the approximately 8.1 million doses of AstraZeneca administered up to 15 August.

Six of these cases have proved fatal, meaning only 0.000074% of AstraZeneca doses have been linked to a person dying in Australia as a result of TTS. Thirty-three people have been sent to the ICU due to TTS, with six still receiving treatment in the ICU.

One other death due to immune thrombocytopenia (ITP) has also been linked to AstraZeneca.

So, what is to be?  Is the TGA report “medical misadventure”?

Seems pretty unambiguous to me.

It also seems that these statistics are being interpreted in a way to pull the wool over the eyes of the public and of bone-lazy GP’s who read this and are quite happy, seemingly, to be involved in injecting death shots.

You could try sharing this information with your friend and family but I have doubts that it will have any effect whatsoever because people are living under a trance and gripped with unjustified fear.

They SHOULD, instead, if they want to be afraid be afraid of the “vaccines”

P.S Meanwhile, in New Zealand according to the latest  figures (which, it was possible, are EVEN HARDER TO GET TO) there have been more than 100 deaths from the jab since January whereas the total number of deaths (which dates back 16 months and were fraudulently obtained) still stands at 26