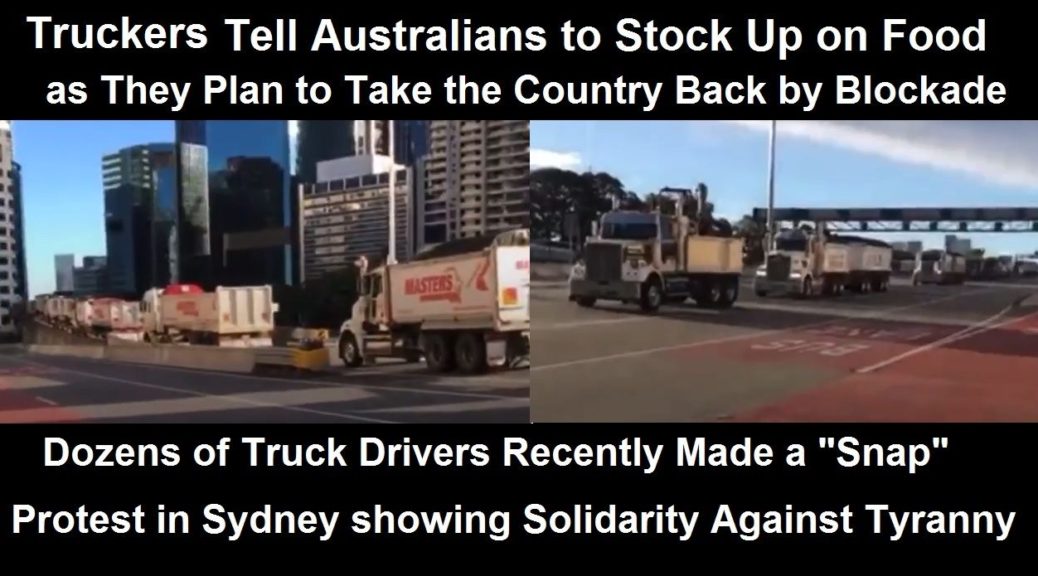 Video messages from Australian truck drivers have surfaced in some of the alternative social media sites in recent days stating that they are going to take their country back, by going on strike and creating a blockade that will choke the supply chain.

They are warning Australians to prepare, and stock up on food and basic necessities while they do this. They claim to have widespread support among “truckies” and also among military veterans.

They recently had a “snap” protest in Sydney where dozens of trucks spanning miles lined up blowing their horns in a sign of solidarity against tyranny.

I have put together a video report with messages from various truck drivers, as well as footage from the “snap protest” in Sydney. 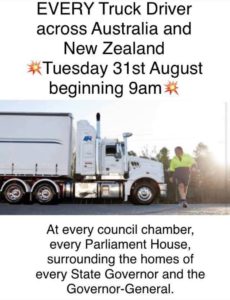 Related: Read about the protests across Australia yesterday, Saturday August 21, where police opened fire on peaceful protesters, and why Aussies have had enough!