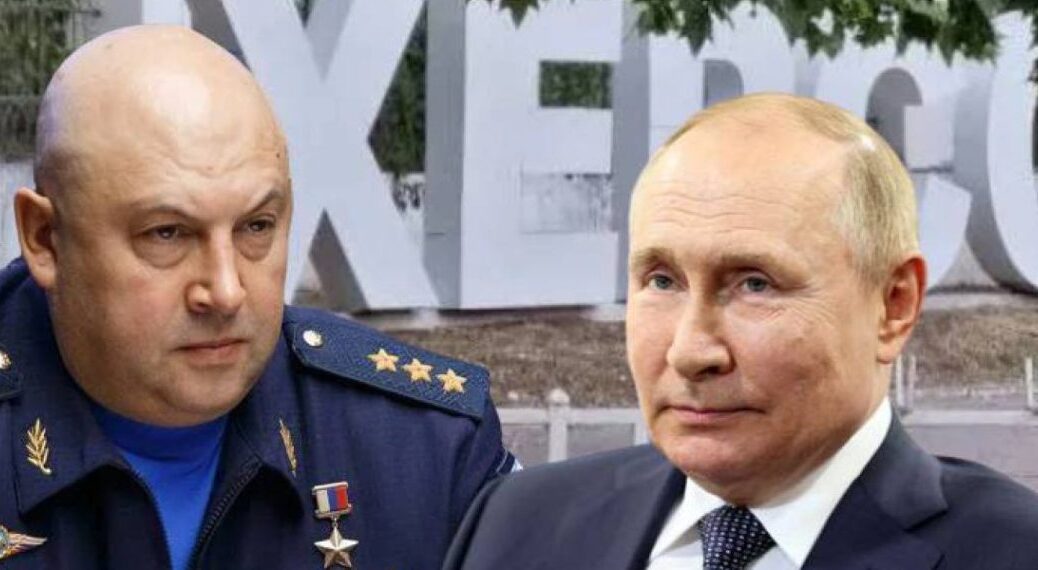 Apocalypse images are coming to Kherson

The Russian Commander-in-Chief and commander of the Russian forces in Ukraine, Sergey Surovikin, has received clear orders from B. Putin to bury the Ukrainians if they dare to blow up the dam of the Kakhovka hydroelectric plant in Kherson, which will cause incalculable destruction.

For this reason, B. Putin both with martial law and with the evacuation “untied the hands” of S. Surovikin as Russia and Ukraine are heading to a decisive period for the course of the war.

S.Surovikin can now use whatever he wants as he wants. All information converges on the fact that Kherson is expected to be leveled.

According to the Russians:

1. The West is pressuring Zelensky to take Kherson at any cost before the US elections. If he doesn’t succeed, they at least want him to have “set foot” in the city.

2. The Ukrainians must occupy Kherson so that it does not become a Russian military base for a new offensive campaign. The aim is to protect the Nikolaev-Odessa region and prevent Russia from gaining access to the border with Transnistria/Moldova

3. For Zelensky, this battle is still a matter of life and death. The Ukrainians will not forgive him the loss of Odessa and Nikolaev. Therefore, huge forces are now concentrated on the southern front.

Will the dam of the Kakhovskaya hydroelectric power station be hit?

Yesterday, both S.Surovikin and the head of the Kherson Administration, Saldo, stated that the Ukrainians are trying to destroy the Kakhovka hydroelectric dam. If this happens, there will be incalculable consequences.

Today Russia returned to this issue.

According to him, the situation is under control. The authorities have strengthened the security and defense of strategic facilities.

According to Russian intelligence, the Pentagon simulated a situation in which the Kakhovka dam would blow up and what consequences this would have for the region.

In 1985, experts from the All-Union Design, Survey and Research Institute Hydroproject analyzed the consequences of a hypothetical destruction of the dam of the Kakhovka reservoir. These data, of course, are preserved from the Soviet era.

In 2004, the newspaper Kherson Hryvna published an article titled “Not Ready for a Local Apocalypse,” which revealed the details of the report. In the event of an explosion of the Kakhovka dam, millions of tons of water will fall into Kherson at a speed of 24.4 km / h and a wave height of 1 meter. After 2.5 hours, there will be a fairly steep rise in the level to 4.8 meters. The flood will last three days and completely destroy the regional center.

But if, at the same time as the Kakhovka dam, the Kremenchug reservoir dam is destroyed, then Kherson will be flooded literally in 2 hours at a level of more than 5 meters in the Korabel region. Residents of Tsyurupinsky and Golopristansky districts will be under water. And this time the flood will last 10 days.

According to the calculations of the Hydroproject Institute, the residents of Novaya Kakhovka will be in the worst position of all as the vertical wave will be 10 meters high, which is comparable to a tsunami.

The fact that the probability of such a development of events is high stated the acting governor of the Kherson region Vladimir Saldo.

“There is an immediate risk of flooding the lands due to the planned destruction of the Kakhovskaya hydroelectric dam and the release of water from a reservoir of power plants upstream of the Dnieper. I announce the voluntary relocation and departure for residents of Berislavsky, Belozersky, Aleksandrovsky and Snigirevsky districts. All this work will be done in an organized manner and (the evacuation) will be free of charge,” he said.

What will happen if the Kakhovskaya HPP dam is hit?

According to Russian media, the consequences of a strike at the Kakhovskaya HPP are as follows:

“1. All settlements downstream of the Dnieper will either be washed away or flooded, including Kherson and Golaya Pristan. The area will become uninhabitable even after the water recedes due to the destruction of infrastructure.

2. The Northern Crimea Canal will be empty, as water enters the settlement area from the Kakhovka Reservoir. Tavriysk is located above the Kakhovskaya hydroelectric dam. Crimea will remain without water again.

3. Zaporozhye NPP will run out of cooling water – there are no cooling towers next to it, cooling water is taken from the Dnieper. The station will be closed indefinitely. The risk of nuclear accidents will increase dramatically.

4. The Dnieper will become shallower above the dam of the Kakhovskaya hydroelectric station, after the frosts there will be an opportunity to transport equipment.

5. Russia will lose access to the right bank of the Dnieper, supplying the group of the Armed Forces of the Russian Federation will become an extremely difficult task.

6. The ecosystem of the area will suffer massive damage.

7. The economic damage will be terrifying, it will take decades and billions of rubles to repair the damage.

Why Surovikin is evacuating the population of Kherson

“Even before the appointment of Sergei Surovikin as the commander of the Russian forces in Ukraine, there was alarming information among the military command of the Kherson group about Kherson and the entire Pravoberezhny side controlled by us.

The supply of the group through the Dnieper is very difficult, the Ukrainians use NATO resources and effectively hit important nodes, creating management difficulties.

“What will happen to Chersona? The situation will tell. Land can always be returned, dead soldiers – never. Stand in death – yes, it is a choice, but is it right for us now? – comments military commander Alexander Sladkov.

By the way, Surovikin himself in an interview mentioned the task of protecting Russian soldiers.

Alexander Sladkov believes that in the defense of Kherson, much will depend on the construction of mechanical fortifications, which were absent in the regions of Kharkiv and Krasny Liman.

“If the city turns into a fortress, it will not surrender,” said Sladkov.

In his opinion, the main problem remains the destruction of bridges on the Dnieper and the difficulty of feeding the group.

“The Dnieper is a natural barrier, which can serve as a serious difficulty in securing a fortress.”

” Good news: Chersona will not be surrendered. The bad news is that in all likelihood, the Armed Forces of Ukraine will make great progress in this direction. Almost to the city ,” writes Dolgaryova

Columnist Boris Rozhin called on the civilian population to take the risk of bombing seriously.

“Judging by the intelligence background, in the next few days a heavy batch of bombing will begin in the Kherson region, with massive arrivals in Kherson, Berislav, Nikolaev and other settlements.

Citizens should either evacuate or take care of personal security issues (bomb shelters, basements, etc.), as well as a backup necessary in case of severe destruction of the socio-economic infrastructure,” Rozhin warned.

“Surovikin is preparing to do exactly what he did in Syria: the evacuation of the civilian population, then the air force and artillery, then the elimination of the terrorists.” 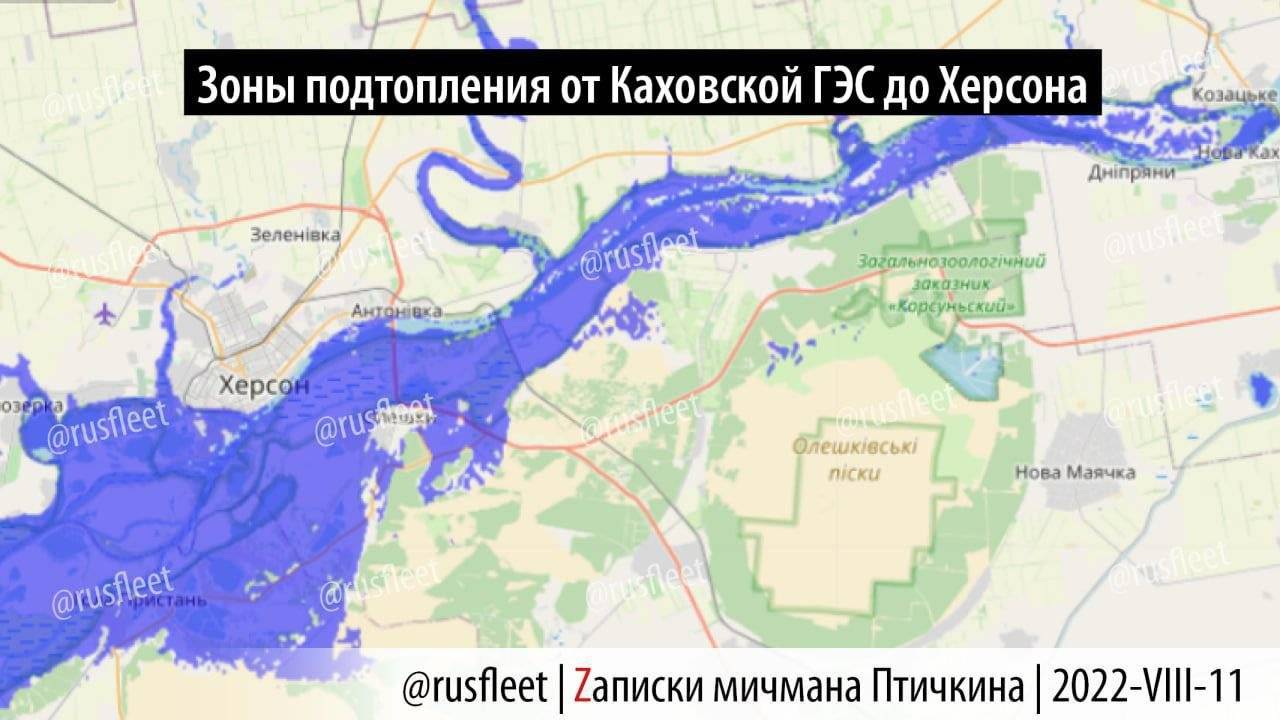