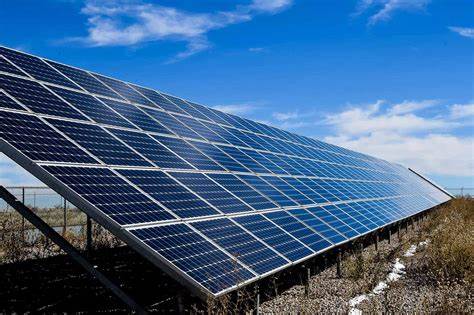 More and more, I feel that we are returning to the past, to issues that were first pointed out as I began this blog in 2011 by Mike Rupert.

In his book on the Great Reset Alex Jones cites Mark Mills who is a senior fellow at the Manhattan Institute and a faculty fellow at Northwestern University’s McCormick School of Engineering and Applied Science, where he codirects an Institute on Manufacturing Science and Innovation. In 2019, Mills published a twenty-four-page report titled “The ‘New Energy Economy’: An Exercise in Magical Thinking.” From the report by Mills:

“So how many batteries would be needed to store, say, not two months’ but two days’ worth of the nation’s electricity? The $5 billion Tesla “Gigafactory” in Nevada is currently the world’s biggest battery manufacturing facility. Its total annual production could store three minutes’ worth of annual U.S. electricity demand. Thus, in order to fabricate a quantity of batteries to store two days’ worth of U.S. electricity demand would require 1,000 years of Gigafactory production . . . Then there are the hydrocarbons and electricity needed to undertake all the mining activities and to fabricate the batteries themselves. In rough terms, it requires the energy equivalent of about 100 barrels of oil to fabricate a quantity of batteries that can store a single barrel of oil-equivalent energy”

Jones points out that  it shows how far away we actually are from reliably powering the world on “green energy.”. It also hits on a key point that nobody discusses. It is dangerously expensive to “transition” our energy sources in the full force manner that global elites are attempting.

“Scientists have yet to discover, and entrepreneurs have yet to invent, anything as remarkable as hydrocarbons in terms of the combination of the low-cost, high-energy density, stability, safety, and portability. In practical terms, this means that spending $1 million on utility-scale wind turbines, or solar panels will each, over 30 years of operation, produce about 50 million kilo-watt-hours (kWh)—while an equivalent $1 million spent on a shale rig produces enough natural gas over 30 years to generate over 300 million kWh”

How are they going to actually implement all this?

Well, of course, they are going to print the money out of thin air.

Mike Ruppert could never have foreseen that. However, he did point out the problems associated with both shale and solar power.

We are talking about Peak Oil and energy collapse.

However, to understand the issues in full take the time to watch this.