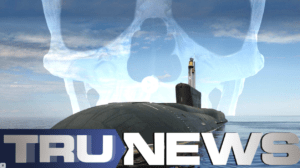 Today on TRUNEWS, host Edward Szall and the team look at how the Biden administration seems to be ramping up American forces for a face off with Russia over Ukraine and Crimea. 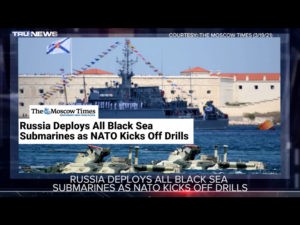 Russia has deployed all six of its Black Sea Fleet submarines as NATO drills kicked off in the area, the state-run RIA Novosti news agency reported Friday.

“All Black Sea Fleet submarines are performing their tasks outside their bases,” said Vice-Admiral Igor Osipov, the fleet’s commander-in-chief.

“None of the submarines are at their base,” RIA Novosti quoted Osipov as saying.

“This doesn’t happen with either Russia’s other fleets or those of foreign states,” Varochkin was quoted as saying.

“Sea Shield 21” aims to enhance interoperability and cooperation between the Romanian and other NATO members’ naval forces. From there, NATO’s standing maritime group composed of Spanish, Turkish, Bulgarian and Romanian frigates will make port calls in Turkey and the republic of Georgia.

Russia views NATO’s expansion eastward into its old Soviet sphere of influence as a key national security risk. NATO members perceive Russia’s missile deployments in the country’s Baltic exclave between Poland and Lithuania as a threat.

NATO, a U.S.-led alliance created during the Cold War to provide collective security against the Soviet Union, suspended relations with Russia in response to Moscow’s annexation of Crimea from Ukraine in 2014. 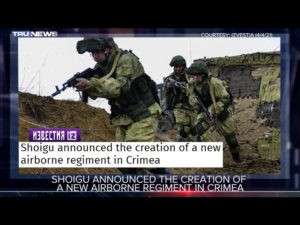 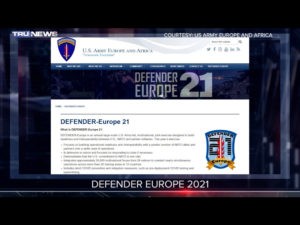 WIESBADEN, Germany – DEFENDER-Europe 21 activities begin this month across Europe and continue through June.

Building on the success of last year’s exercise, DEFENDER-Europe 21 includes a greater number of NATO ally and partner nations conducting activities over a wider area than what was planned for in 2020. More than 30,000 multinational forces from 27 nations will conduct nearly simultaneous operations across more than 30 training areas in a dozen countries.

“While we are closely monitoring the COVID situation, we’ve proven we have the capability to train safely despite the pandemic. No matter what, our nations count on our forces being ready to defend the peace,” said Gen. Christopher Cavoli, U.S. Army Europe and Africa commanding general. “DEFENDER-Europe 21 provides us the best opportunity to hone our abilities alongside our allies and partners in the strategically important Balkans and Black Sea region so that collectively, we are ready to respond to any crisis that may arise.”

This year, DEFENDER-Europe 21 will also include significant involvement of the U.S. Air Force and U.S. Navy. The exercise will utilize key ground and maritime routes bridging Europe, Asia and Africa. The exercise will incorporate new or high-end capabilities including air and missile defense assets, as well as assets from the U.S. Army Security Force Assistance Brigades and the recently reactivated V Corps.

“DEFENDER-Europe 21 is a critical exercise that will provide V Corps with another great opportunity to build readiness in our march towards full operational capability, and promote interoperability as we work alongside allies and partners,” said Lt. Gen. John Kolasheski, V Corps commanding general. “We are looking forward to this chance to work closely with U.S. Army Europe and Africa and demonstrate U.S. resolve and commitment to Europe.”

In March, equipment and personnel begin moving from the United States. In April, participating units will draw Army Prepositioned Stock from sites in Germany, Italy and the Netherlands. The bulk of training activities will occur in May and the exercise will conclude in June with the redeployment of U.S.-based forces and equipment.

DEFENDER-Europe 21 will encompass several linked exercises, to include:

DEFENDER-Europe 21 will also be associated with two key training events:

Associated exercises are not directly linked to DEFENDER-Europe 21, but share many of the same participants and/or assets, and occur in the same time frame.

The large-scale movement of troops and equipment for these exercises involve extensive support from each of the host nations, demonstrating the importance of ally and partner investment in European military readiness and defense.

A strict COVID prevention and mitigation strategy implemented by U.S. and participating nations will be critical to the execution of DEFENDER-Europe 21. Accordingly, U.S.-based Soldiers will conduct pre-deployment COVID testing, quarantine in Europe upon arrival and conduct another COVID test before travelling throughout the continent.

DEFENDER-Europe 21 is evidence of the ironclad U.S. commitment to NATO, is a prime example of our collective capabilities, and demonstrates that NATO allies and partners stand stronger together.

There will be many media opportunities during DEFENDER-Europe 21 activities. Journalists interested in being added to our distribution list should email USArmyEurope.MediaDesk@mail.mil, or subscribe to our RSS feed at www.EuropeAfrica.army.mil/PressReleases. Follow the latest news and information on DEFENDER-Europe 21 at www.EuropeAfrica.army.mil/DefenderEurope.

This is how Alexy Arestovich, Ukrainian representative on the Trilateral Contact group/Donbass describes the above exercise 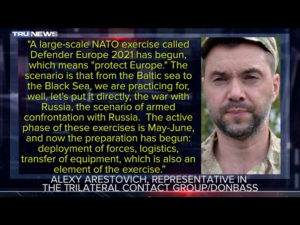