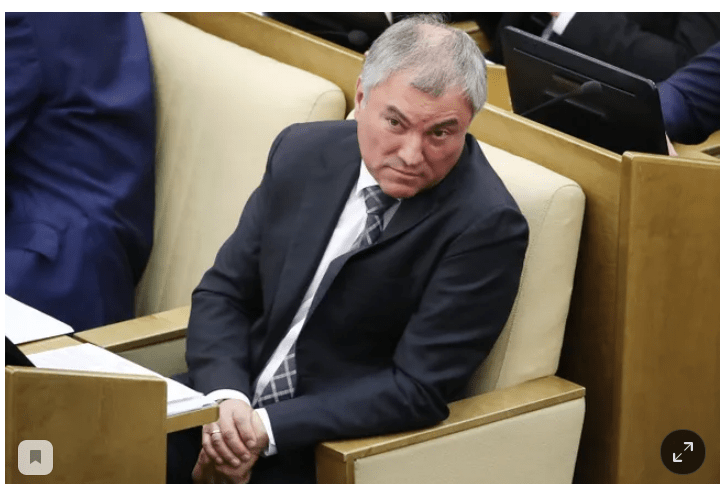 Here we have a second source on the political battle in Russia over QR codes.

A pro-Putin Alex Christeforou discusses an article from the generally anti-Putin publication, Meduza, which is based in Latvia.

QR codes? Not worth it. A draft bill on introducing vaccine proof on public transport was removed from the Russian State Duma’s agenda. Here’s why.

Draft legislation on introducing QR-code vaccine proof for accessing planes and trains in Russia will not go to the floor of the State Duma, parliamentary speaker Vyacheslav Volodin wrote on Telegram late in the evening on December 12. This abrupt announcement came just two days before lawmakers were expected to vote on the bill, which had already been sent to regional legislative assemblies for feedback. Despite public protests opposing the legislation, three quarters of Russia’s regions approved the proposal. So why was the draft law shelved at the last minute? Here’s what Meduza found out.

On November 24, State Duma Speaker Vyacheslav Volodin asked his Telegram followers to share their thoughts on proposed legislation that would make QR-code vaccine passports mandatory for accessing many public places and intercity transit across Russia. In response, he was flooded with around 700,000 comments — most of them negative.

“Volodin was against the [QR] codes from the very beginning,” a source close to the State Duma speaker’s inner circle told Meduza. “He understood that people would [react] negatively to this idea. That’s why he wrote the post and opened the comments — to show that people are against it.”

‘This only takes 20 minutes!’ Opponents of QR-code vaccine passports take to Instagram to wage ‘mental war’ on Russian governors

This person also noted that Volodin wasn’t the only one who opposed the draft legislation. Allegedly, “nearly all [influential officials] were against it.” Indeed, as Meduza reported previously, the Russian government’s draft laws on mandating QR-code vaccine proof at the federal level caused a split in the Cabinet, and provoked a conflict with officials from Vladimir Putin’s Executive Office (the Presidential Administration or AP).

The Cabinet was divided between the so-called “nurses” bloc — made up of Deputy Prime Minister Tatyana Golikova, Health Minister Mikhail Murashko, and Rospotrebnadzor Head Anna Popova — and the “economists” bloc, led by First Deputy Prime Minister Andrey Belousov. While the “nurses” supported the introduction of QR codes in the hopes of accelerating coronavirus vaccine uptake, the “economists” feared the proposed requirements would have a negative impact on the Russian economy. Moreover, officials in Putin’s administration, realizing that the QR codes are unpopular among the Russian population, worried that the legislation might bring down the president’s ratings.

The ‘nurses’ vs. the ‘economists’ Draft legislation on QR-code vaccine passports has caused a split in the Russian Cabinet — and the Kremlin isn’t too keen on it either

“Around mid-November the [United Russia] party believed the draft law was unpopular, but it had to be adopted — perhaps with some changes in the wording. Some of the single-mandate deputies tried to declare that they wouldn’t support it — otherwise, voters wouldn’t understand. They got a harsh glimpse at party discipline,” a source close to the ruling party’s leadership told Meduza.

By early December, however, United Russia’s position had changed, the source continued. “[Top party official] Andrey Turchak gathered several dozen State Duma deputies and explained to them that now the task of adopting the draft law isn’t worth it. The discussion itself and the hype around the document had led to an increase in those wanting to get vaccinated,” he explained. However, judging by Russia’s vaccination numbers, the alleged knock-on effect was only temporary — first dose vaccination rates spiked in the middle of November, but then fell once again.

Meanwhile, the Cabinet’s economic bloc was hard at work. The heads of airlines, for example, presented First Deputy Prime Minister Belousov with estimates of the losses they would incur from making vaccine proof mandatory. A Meduza source close to the government said that the proposed legislation raised a lot of other questions, too, particularly about enforcing the QR-code requirements:

“Access to railway station complexes is regulated by Russian railways, [access] to airports [is regulated by] their owners. This not only [means] losses for the transport industry, but also problems for checking QR codes on the way in. Who’s responsible — the carrier or the airport operator? Should those meeting and seeing off [travelers] present QR codes or not? Who will compensate for their losses? In the first quarter [of 2022] carriers would come after a direct budget subsidy both due to [lost] revenue and in connection with significant additional costs. There’s no cushion,” the source explained.

Speaking about the legislative initiative at a meeting of the Presidential Human Rights Council on December 9, Putin said: “We’ll try not to allow any rash decision.”

Update. During a meeting with Cabinet ministers on Tuesday, December 14, Putin spoke out against introducing QR-code restrictions on public transport “on New Year’s eve.” “It seems to me that introducing such restrictions is quite a complex story. We’ll create a lot of problems for people,” the president said, commenting on reports about the decision to take the draft law off the State Duma’s agenda. In turn, Transport Minister Vitaly Savelyev said there are plans to “have a closer look at all the risks” associated with the use of QR codes and to finalize the bill.

“This is a victory of society’s healthy forces over administrative madness. In general, this ‘hardcore stuff’ was due not to the conviction of [the Cabinet’s ‘nurses’ bloc], but to the cargo cult of ‘everyone is doing it’ and a desire to take some steps,” explained a Meduza source close to the leadership of the AP’s internal political bloc.

That said, the second piece of legislation — on requiring vaccine proof for accessing many public places — is likely to be adopted. According to Meduza’s sources, this proposal didn’t provoke as much backlash from officials in the Kremlin’s internal political bloc, since the list of public places that would require QR codes for entry would be determined by regional governors and not by the federal center. At the same time, as Meduza reported previously, the QR codes are set to be rebranded — most likely as a “Health Passport” or “Immune Passport.”

Update. Also on Tuesday, the State Duma’s Committee on Health Protection recommended that the lower house approve the draft law on introducing QR-code prerequisites for accessing public places. “Our conclusion is to support [it] and to recommend to adopt it in the first reading,” reported the committee’s chairman Dmitry Kubezov.