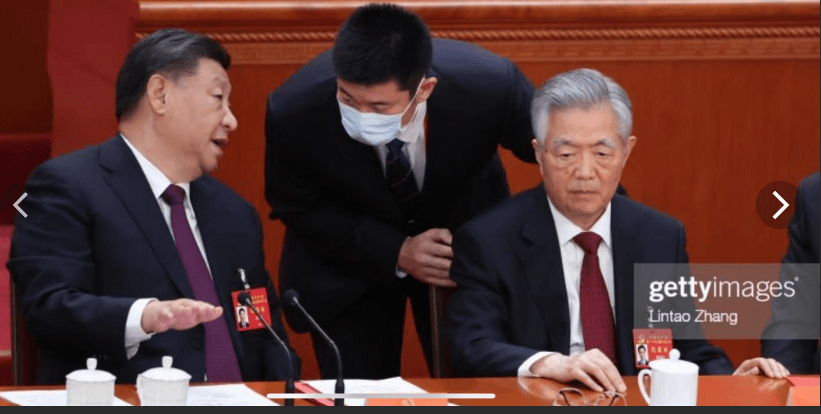 I have been told that I am being a bit hard on the Duran. Comments were made by Alexander Mercouris that underlined what I have been feeling for some time. It was this incident that went around the world yesterday.

Alexander treats the meeting of the Chinese Communist Party as if was a conference of the Tory Party at Brighton instead of what it was – the ritualised enthronement of dictator, Xi Jinping for a third term as president.

Instead, I feel the comments from Gonzalo Lira are far more accurate and he has his fingers on the pulse of the way in which things really work even if this makes him look a little cynical.

I love Alexander and I go to him most days for comments but my response here is “come on, Alexander!“.

Whatever the irrefutable reasons behind this conflict  it does not make the Russians and the Chinese lily -white.

The Chinese Communist Party, whatever their justifiable geopolitical position are still a communist tyranny and despite all the massive positive changes there are aspects of Putin’s Russia that have elements of corruption and top-down (read, dictatorial) methods of making political decisions.

Speaking for myself, I can say there are aspects of naivete that I find difficult to go along with. I have said before that they leave a lot out of their analysis.

For instance, they fail to reflect the sheer anger of high-up people at what is happening, with very extreme things coming out of their mouths.

This is not a private discussion but on prime time Russian television.

Not like the very measured, British style of Alexander Mercouris!

For instance we have this. It is of course selected by western propagandists, but for all that these words were said and no degree of contextualising can take them away.

If there are questionable things on either side I am going to report them.

None of this changes the basic reality that is well reflected by Alexander Mercouris and the Duran but there are things that make me uncomfortable and resonate with people from the past who attended the Moscow Show Trials in 1937-38 and reported on them as if the charges were real and they were looking at proper judicial process.