Belarusian President Alexander Lukashenko responded to the drastically ratcheting sanctions being slapped on Moscow as the West is increasingly unified behind the move to block Russia’s SWIFT access and taking measures against its central bank. He warned Sunday that NATO countries are pushing Russia into a “third world war”.

The alarming words came just as Putin placed his nuclear force posture on “high alert” Sunday over what he called “aggressive statements” by NATO top officials. A statement from the United Nations then called the possibility of nuclear conflict “inconceivable”. 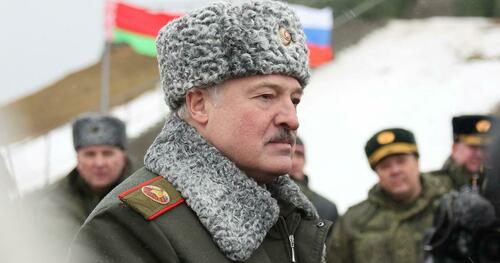 Lukashenko said in his latest Sunday comments as quoted and translated in regional media: “Now there is a lot of talk against the banking sector. Gas, oil, SWIFT. It’s worse than war. This is pushing Russia into a third world war.”

He specified that if the West didn’t start backing off from these extreme measures, the ending could lead to nuclear conflict. He called for “restraint” in this regard, even though in the past two months of tensions leading up to the war in Ukraine he issued an invitation for Putin to host Russian nukes on Belarusian soil.

“We need to be restrained here so as not to get into trouble. Because nuclear war is the end of everything.”

“We have experience. We discussed this theme with Putin more than once. We’ll survive. It is impossible to starve us to death,” Lukashenko said.

He vowed that both Belarus and Russia were readying retaliatory measures that he described as being “very tangible” but said Minsk and Moscow would be thinking them over “very carefully”.

But he warned that should the West or NATO countries ever move nuclear weapons into bordering states with Russia, that Moscow will respond in kind – especially by moving nukes into Belarus. Currently, Ukraine and Russia are expected to begin initial talks “without preconditions” near the Belarusian border.