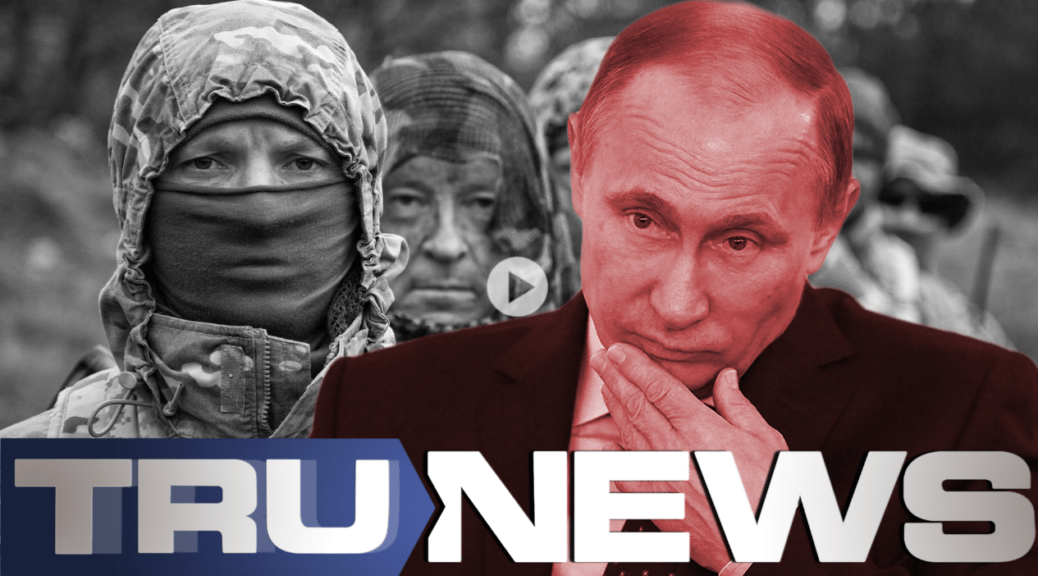 I am feeling particularly out-of-sorts today and out-of-synch with the rampant insanity the TruNews folk are describing.  For people who believe in a literal interpretation of the Bible they are pretty savvy!

I can’t find a single thing in their analysis that grates with me so this is the basis of my recording. 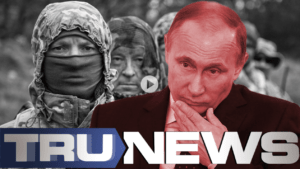 Today on TRUNEWS, host Edward Szall focuses attention on the impending conflict in Ukraine and Crimea, as NATO baits Russia into world war; Tulsi Gabbard warns of nuclear devastation; Chinese and US carriers are facing off in the South China Sea. 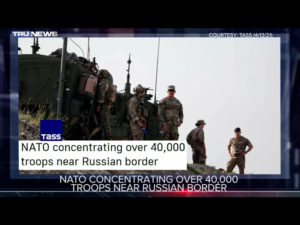 Overall, “40,000 troops and 15,000 items of armament and military hardware, including strategic aircraft, will be concentrated” near the Russian borders, the defense chief said.

The American troops are now redeploying from continental North America to Europe through the Atlantic, Shoigu said.

“The troops in Europe are moving towards Russian borders. The basic forces are being amassed in the Black Sea area and in the Baltic region,” the defense chief said.

As the Russian defense minister pointed out, “US force groupings are being reinforced in Poland and the Baltic states, the American ‘four thirties’ concept has been adopted and is being implemented and the intensity of air reconnaissance has grown twofold and naval reconnaissance by 50% compared to last year.”

“The alliance annually holds up to 40 large operational training measures of a clearly anti-Russian bias in Europe. In the spring of this year, the NATO allied forces launched Defender Europe 2021 drills, the largest exercise over the past 30 years,” Russia’s defense chief stressed. 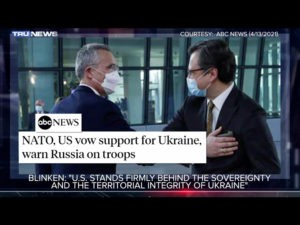 The United States and NATO on Tuesday expressed strong support for Ukraine and warned Russia against pressing ahead with a major troop buildup along the former Soviet republic’s eastern border.

Blinken accused Russia of taking “very provocative” actions that have alarmed Ukraine and the West. Stoltenberg, meanwhile, called the Russian movements “unjustified, unexplained and deeply concerning.” Ukrainian Foreign Minister Dmytro Kuleba said Kyiv welcomed the support and urged Western countries to make clear to Moscow that it would pay a price for its “aggression.”

Unfortunately, I cannot find this particular article from Russia’s Kommersant. 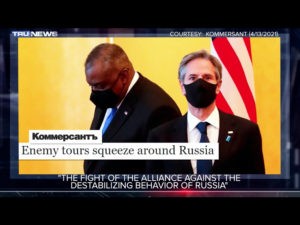 But here are some quotes caught by TruNews. 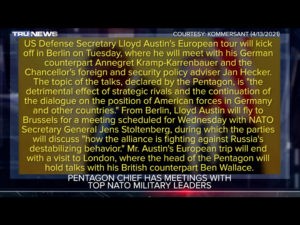 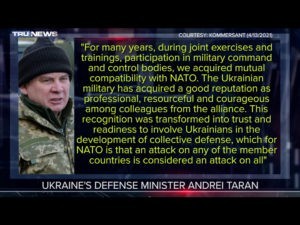