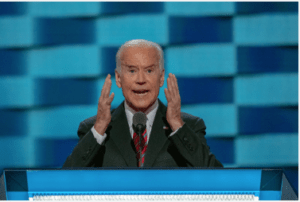 The REASON Biden needs war is very simple. The world monetary system is collapsing. The negative interest rates in Europe since 2014 have wiped out all the pension funds that needed 8% to break even. This is what is being the Guaranteed Basic Income because the politicians have destroyed the future of pensions. Even in the USA, 100% of social security is invested in US government bonds that pay well below 8% and this has undermined the fund going forward. Biden is following the FDR playbook and since COVID failed to produce the Great Depression they were counting on, they are shifting to PHASE 2 which is war.

With World War III, they will call upon patriotism to get through not just their BUILD BACK BETTER agenda but to install a full-blown Marxist agenda. They need WWIII to justify significant tax changes that will be introduced tomorrow.

Tomorrow will be D-DAY in the Financial Markets. Not only will they introduce ECASH which will create the digital currency NOT issued by the Federal Reserves, but by the Treasury. Now there have been the haters of the Federal Reserve because they do not understand the entire purpose of Elastic Money and that the Fed has been independent of the White House. For the Treasury to issue the digital dollar means that the power to create money will shift from the Federal Reset to the White House. On top of that, they want to restrict the amount of digital cash you will be allowed to have to $2,000. The object will be to force everyone onto the grid to be fully taxed. Then they will push to eliminate the paper money.

That is just one assault on the financial system. The next is the Minimum Billionaire’s Tax to be set to 20%. Most people will cheer on taxing the Billionaires. But what is also in this proposal is Elizabeth Warren’s dream of Marxism come true. The “definition” of income will include UNREALIZED gains. That means that people who started major companies like Tesla, Google, Amazon, Apple, Microsoft, and so on, will be forced to sell their stock to just raise money to pay 20% of that UNREALIZED gain. They are cheering that they expect to raise $360 billion from this alone and have no idea that such a proposal can crash the stock market and undermine everyone’s pensions because of their hatred of the rich.

The UNREALIZED tax will eventually be expanded down to everyone. The Income-tax began the same way – it would only apply to millionaires back then. The UNREALIZED taxation will work similar to gambling where you pay tax on your gains, but no credit for losses. So if you buy a stock, it triples and you make $1 million, you will have to pay $200,000 to the Feds so you will be forced to sell at least some stock and as the price declines, so be it. You are taxed on where it was at the end of that period – no credit for the decline. Then next year, you will pay 20% again on what is left until the entire gain is paid in taxes and you will be left with NOTHING.

They always target the rich to justify the tax and then extend it down to everyone. Janet Yellen tried to bullshit everyone lowering reporting every transaction down to $600 claiming they were after billionaires. They always count on people just being stupid.

The ONLY way to avoid this disaster of a 20% wealth tax, which would apply even to your home, is you can no longer invest. But it also means you should NOT take your company public or expand it for you will be punished for doing so.

Everyone will have to become a trader. So to avoid paying endless taxes on the value of your home thanks to inflation is to sell it and rent from Larry Fink at Blackrock, who is on the board of guess who – Kaus Schwab’s World Economic Forum. So in the end, Biden is ushering taxes to force you into YOU WILL OWN NOTHING AND BE HAPPY. Fink will be exempt for it is owned by a fund.

Yes, a number of people have asked in Fink is a subscriber to our model after he came out and said globalization is dead, I have no idea but I would NOT advise Fink anymore than I would Advise Schwab. The only question I would ask is why the hell are you trying to destroy the world economy? Investing in Blackrock emerging markets you better get out before it’s too late. These people have destroyed the world economy in just 8.6 weeks come the week of April 18th.

So while Biden calls for a regime change in Russia where he said: “For God’s sake, this man cannot remain in power,” I think he was looking at himself in the mirror. Putin is not a threat to the future of my family – Biden and his Marxists are. We need a regime change not in Russia – but right here in what used to be America.

The Founding Fathers KNEW the danger that an income tax would do for it renders all citizens nothing but economic slaves to the state and they must know everything we do at all times. Thus, in Article I the Founding Fathers PROHIBITED any form of a Direct Tax. We are now witnessing the destruction of the United States because of political corruption.