I repost this, not for the rhetoric, but for the links to stories

A disquieting new Security Council (SC) report circulating in the Kremlin today first noting French Foreign Ministry State Secretary Clement Beaune stating this morning that France and Germany have different positions on the Nord Stream 2 pipeline for carrying Russian gas to Europe and are negotiating in a bid to find a consensus, says this was followed by Deputy Foreign Minister Alexander Grushko observing: “We are absolutely confident that the project will be completed and remain a symbol of healthy energy cooperation between Russia and EU countries for many years…In this regard, we surely expect no actions contradicting implementation of the project”—and then saw Branch Director Andrei Minin of Nord Stream 2 AG reporting: “Higher activity of naval vessels, airplanes and helicopters and civilian vessels of foreign states is observed in the work area after restarted construction of the offshore segment of the Nord Stream 2 gas pipeline, whose actions are often clearly provocative”.

At the core of the issue surrounding the Nord Stream 2 project to provide much needed Russian natural gas into the energy starved European Union market is the “Petrodollar System”, which is an exchange of oil and natural gas for US dollars between countries that buy these energy supplies and those that produce it—a petrodollar system rejected by Iraq, Libya, Syria, Iran, Venezuela and Russia, who began accepting other foreign currencies in exchange for oil and natural gas in the late 1990s and early 2000s—since then has seen the United States invading Iraq, Syria and Libya, while launching cold wars against Iran, Venezuela and Russia—that the Americans believe they were forced to do, as without the petrodollar system, and the military might to support it, their entire paper “fiat money” economic system will collapse—but whose economic collapse is self inflicted, specifically because the US gutted itself of its once all-powerful manufacturing might in a demented bid to remake the world into a socialist utopia ruled by an elite oligarchy—whose plight today sees virtually no nation wanting to buy anything the Americans make—which is why today there is a global shipping container crisis that sees tens-of-millions of them sitting unused in America because it has nothing to ship out to other countries.

To compound the wounds America keeps inflicting upon itself it saw them invading Iraq to re-impose the Petrodollar System in 2003—a war the United Nations declared illegal and a breech of the UN Charter—an illegal war the US essentially lost by 2013, which was the year China cemented its hold on Iraqi oil supplies—saw this loss being compounded by the “Fracking Revolution” as the world’s energy needs shifted from oil to natural gas—that America responded to launching its “Pipeline Wars” to ensure natural gas was paid for only in US dollars—in furthering this adventure, saw the United States engineering a war in Ukraine the following year in 2014, that Stratfor, the world’s leading geopolitical platform (aka “The Shadow CIA”), called “The most blatant coup in history”—and with Russian natural gas pipelines through Ukraine providing the European Union with the bulk of its energy, has allowed the Americans to keep their Petrodollar System afloat by forcing Ukraine to sell Russian natural gas only in US dollars.

In understanding these factual realities, therefore, one can see that the Nord Stream 2 project is an existential threat to the United States and its Petrodollar System because Ukraine will no longer be needed to supply the European Union with Russian natural gas, which means that EU nations can pay for these energy supplies with their own currency, and actually will have to as Russia will not accept payment in US dollars—and with the Nord Stream 2 project fast nearing completion, is why Supreme Socialist Leader Joe Biden has directed the Pentagon to begin removing military capabilities and forces from the Middle East and this week ordered the United States European Command to raise its war-watch level for Ukraine to the highest level of “potential imminent crisis”—all of which comes at the same time Biden continues to exhibit clear signs of serious mental illness, yesterday saw him sending his wife to stand in front of a Nazi-inspired flag—and is happening in an America that sees sweeping through their nation a truly demonic and horrific “death-streaming craze” where viewers pay to watch torture, humiliation and death live on YouTube.  [Note: Some words and/or phrases appearing in quotes in this report are English language approximations of Russian words/phrases having no exact counterpart.] 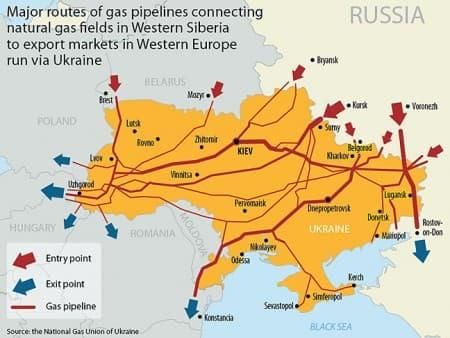 According to this report, in response to NATO outright lying and saying that Russia is refusing to talk to them, Foreign Minister Sergey Lavrov hit back with the truth saying: “We aren’t refusing new talks with NATO, but we don’t just want to sit there and hear about Ukraine”—a truth grounded in the reality that issues having to do with Ukraine are economically related to America attempting to preserve its failing Petrodollar System—but the US is attempting to turn into a war, as evidenced by Chairman of the Joint Chiefs of Staff General Mark Milley vowing to rush military supplies to Ukraine, and his stating: “We are not looking to reset our relations with Russia nor to escalate…Our goal is to impose costs for actions we consider unacceptable, while seeking stability, predictability, turning down the temperature…If they’re inclined to turn the temperature up, we’re ready for that”.

As to “turning down the temperature” and who is really “escalating” towards war, this report notes; it most certainly isn’t Russia—though in quick response to rabid leftist US Defense Secretary Lloyd Austin stating: “I reaffirmed our unwavering support for Ukraine’s sovereignty, territorial integrity, and Euro-Atlantic aspirations”, saw Moscow warning that an escalation could destroy Ukraine—and while watching as Biden and his socialist warmongers push their nation ever closer to the abyss of nuclear war, yesterday astonishingly saw 27 top US organizations, from both the far-right and far-left, urging Biden to halt his “reckless” rhetoric with President Putin—one of whom is the Progressive Democrats of America, whose Executive Director Alan Minsky plainly stated: “The grassroots progressive base of the Democratic Party has zero interest in a bellicose foreign policy towards Putin or Russia…What people want is a safer world with international cooperation, which will allow all of us to rebound more quickly from the public health and economic catastrophe of the past year…We have no patience for Cold War saber-rattling, let alone nuclear brinkmanship”.

As to be expected, this report details, neither Biden nor his warmongering socialist forces are listening to such urgings, as best exampled by his main leftist propaganda mouthpiece The Washington Post publishing such war propaganda like “How Russia’s Military Activity Near Ukraine Is Poised To Test The Biden Administration”, wherein it comically states: “Sanctions against the Russian petroleum sector are having an effect, blocking access to needed Western technology…Russia attempted to increase production in recent months in aging fields, for example, but output continues to decline because they lack modern equipment”—the only truth of which did see Russian oil output declining this past year for the first time decades, but was due to a global deal to cut output to raise the price of oil and sluggish demand caused by the coronavirus—saw this screed not even mentioning the true fact that Russia’s world’s largest $75-trillion in natural resource wealth is why sanctions are impossible and have no effect whatsoever—nor did it even bother to tell the truth that the Russian multinational energy corporation Lukoil is a world leader in oil and natural gas drilling technology—and deliberately left out the fact that Russia hasn’t used Western oil or natural gas technology for nearly 40-years because, in 1982 during the Cold War, the CIA used this technology in a trojan operation to blow up a pipeline in Siberia.

To the reason why the American leftist media feeds to its citizens such provable as false war propaganda lies, this report continues, is to make it appear that Russia is weaker than it really is—which, in turn, keeps these peoples from knowing true facts, like those contained in the just published financial article “Is Russia About To Invade Ukraine?”, wherein it reveals:

A possible full-scale military operation will not only impact regional security but also put the European oil and gas sector under pressure, while maritime logistics could also be hampered.

With Europe’s gas storage currently very low and dependency on Russian supplies still very high, a crisis here could have a major impact.

Gas prices will soon be under pressure if the situation escalates.  With storage sites at 37% capacity compared to 60% capacity at the same time last year or 74% at the start of this year, inventories are becoming critical

Analysts currently expect levels to fall as low as 16% of total capacity.

The stranglehold that Russia has over European gas markets may soon become a major geopolitical market factor once again.

If a Ukraine crisis erupts, potentially blocking or closing gas and oil pipelines in the region, a new energy crisis would follow closely behind. 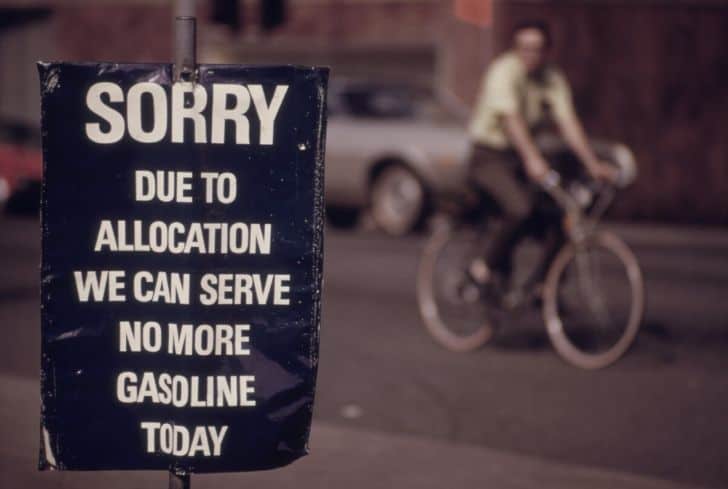 With nothing appearing to be able to stop Biden and his socialist warmongers, this report concludes, it is no wonder that articles are now appearing like “As Russian Tanks Move Toward Ukraine, The Globe Braces For World War 3”—nor is it surprising to see such war analysis now appearing like “A growing amount of reports have emerged showing not only largescale Russian military movements towards the Ukrainian border but also Moscow’s only regional supporter Belarus has deployed new troops to the Ukrainian border…Kiev has already reacted to the growing threat perception by calling up reinforcements…A majority expect a so-called localized escalation, dramatic and devastating, leading to the deployment of Russian ‘peacekeepers’”—and while viewing sees Foreign Minister Lavrov opining: “On the one hand, this confrontation has reached rock bottom…On the other hand, deep down hope exists that all people are adults and understand the risks that are associated with any further escalation of tensions…I for one believe that good judgment will prevail”—though this does lead one to logically ask, “Is Biden an adult or an idiot?”—and whose answer to the fate of the world depends on. 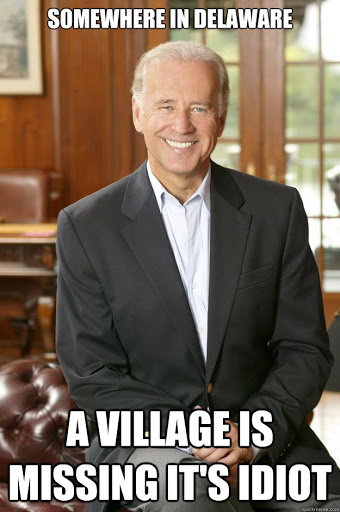