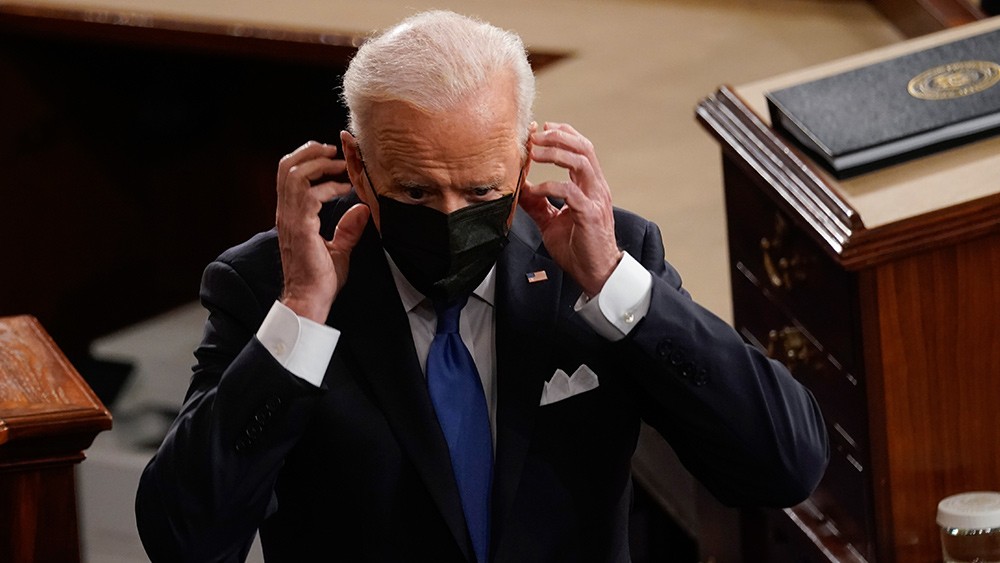 (Natural News) There are domestic terrorists hiding under every rock, according to Resident Biden, who is setting up a new Soviet-style snitching program to keep track of all Americans who might be engaging in “white supremacy.”

A senior White House official recently told reporters that Hunter’s dad is trying to stop the spread of whiteness by killing it before it starts. And the only way to do this is to turn family members against each other, and neighbor against neighbor.

“We will work to improve public awareness of federal resources to address concerning or threatening behavior before violence occurs,” this person indicated, suggesting that the federal government is planning to spend a whole lot of cash turning America into a police state.

In conjunction with the Department of Homeland Security’s (DHS) “If you see something, say something” campaign, China Joe’s plan is to scare everyone in the United States into ratting out their parents, siblings, coworkers, or whomever for saying things that are “offensive,” as mean-sounding words could provoke violence.

“This involves creating contexts in which those who are family members or friends or co-workers know that there are pathways and avenues to raise concerns and seek help for those who [sic] they have perceived to be radicalizing and potentially radicalizing towards violence,” the official added.

Ever since he was “inaugurated,” Beijing Biden has rambled at times about “white supremacy” and “political extremism.” A lot of the times it was somewhat incoherent as he was clearly having trouble reading the teleprompter, but the general sentiment has been that white is bad and government is good.

China Joe’s braindead supporters have cheered this on, believing that it only applies to white conservatives, but the official’s statements suggest that white people of all political stripes are now a target.

After all, the most violent white people throughout the year 2020 were far-left Antifa and Black Lives Matter (BLM) pawns who helped trash Target stores and burn down black-owned businesses in support of George Floyd and Breonna Taylor.

“This is a strategy that is agnostic as to political ideology or off the spectrum,” the White House lackey further explained about the program. “What matters is when individuals take their political or other grievances and turn that – unacceptably, unlawfully – into violent action.”

Intelligence agencies are also being tasked with keeping a closer eye on whitey to make sure he does not get too out of line, especially now that the United States is an out-in-the-open banana republic controlled by a fake “president” who undeniably stole the election right in front of our faces.

Anyone who points this out and tries to fix the problem could be rounded up by one of Xiden’s henchmen – all to prevent “domestic terrorism,” of course.

The regime has indicated that it remains “laser-focused” on stopping all violent acts committed by white people, though it is unclear how black violence will be handled.

China Joe is also heavily invested in turning the U.S. into a “digital dictatorship” through new technocratic “pre-crime” protocols that will supposedly stop violence before it even occurs, much like what was depicted in the film Minority Report.

“We are investing many agencies of the government and resourcing them appropriately and asking our citizens to participate,” the White House official further revealed, using similar language as what was spread during the Third Reich.

“Because, ultimately, this is really about homeland security being a responsibility of each citizen of our country to help us achieve.”

More related news about Beijing Biden can be found at Treason.news.