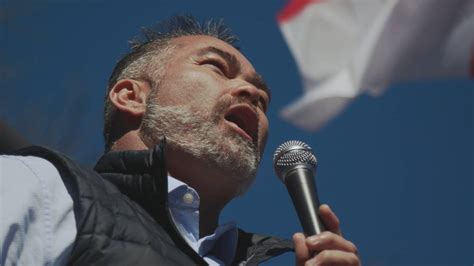 I have some sympathy (but only to a certain extent) at this futile gesture. They must have known they would be arrested but probably expected they would be released as would normally be the case.

But we are living in very different times

Conspiracy theorists Billy Te Kahika and Vinny Eastwood will appear in court on Thursday, each facing three charges after taking part in an anti-lockdown protest.

The pair were among four people arrested outside TVNZ’s headquarters on Wednesday afternoon.

“Two men, aged 49 and 36, are due to appear in the Auckland District Court today following arrests at a protest in Auckland yesterday,” police told Newshub.

“They are each facing two charges under the COVID-19 Public Health Response Act, and one charge under the Search and Surveillance Act.”

Te Kahika came to prominence in 2020 as leader of the Public Party, which teamed up with former National Party MP Jami-Lee Ross’ Advance NZ to contest that year’s election. The pair campaigned on a platform of conspiracy theories and misinformation, and failed to be elected.

Eastwood used to host a YouTube channel where he would regularly host Te Kahika, but was booted off the platform for spreading misinformation about COVID-19 and vaccines.

In addition to Te Kahika and Eastwood, police said a 52-year-old woman would appear in court next week facing two charges – one under the COVID-19 Public Health Response Act, and the other under the Search and Surveillance Act.

“As this matter is now before the court we are unable to comment further.”

Under the COVID-19 Public Health Response Act, the pair face up to six months in prison or a $4000 fine. The Search and Surveillance Act has a range of penalties, including imprisonment.

Because the media are (worse than) useless scribes they won’t tell you what is in the Act even if they knew, so I will.

The text of the Enabling Act is HERE