This is a story that has hardly made it into the media.

The significance has not escaped Hal Turner who has put out an alert,“THE” Black Swan Event has Taken Place – Destruction Imminent” to his subscribers.

Saudi Defense Minister Khalid bin Salman announced the agreement via Twitter, stating it would aid in “developing joint military cooperation between the two countries.” In a second tweet, he elaborated on his meeting with his Russian counterpart, Sergey Shoygu, in which the pair explored ways to “strengthen the military and defense cooperation between our two countries.”

In order to understand this in proper context, you need you go back in history to the 1970’s to grasp how and why there was created what came to be known as the Petro-Dollar.

The emergence of the petrodollar dates back to the early 1970s when the U.S. reached an agreement with Saudi Arabia to standardize the sale of oil based on the U.S. dollar. Petrodollar recycling creates demand for U.S. assets when dollars received for oil sales are used to buy investments in the United States….

What Saudi Arabia did today IS the “Black Swan Event” for the US.

Everyone around the world will want “out” of U.S. dollars.  The value of our currency is about to begin plummeting.

Saudi Arabia, in one move, smashed our currency into what will quickly become a death spiral.

These things often turn out differently from what we think but after Afghanistan and the rapid collapse of American power it is hard to escape the logic.

This is from the media. 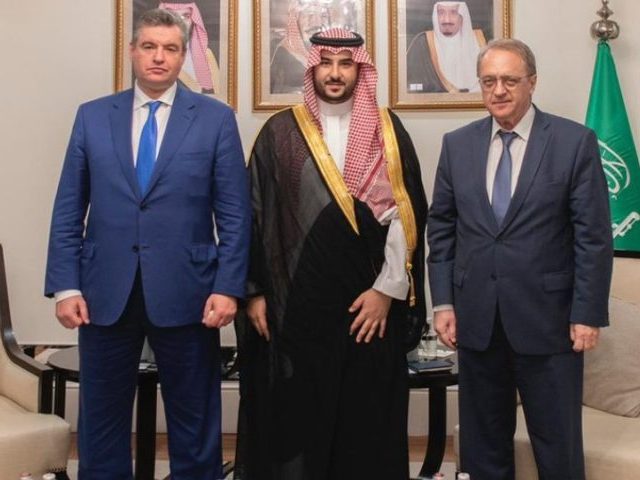 Saudi and Russian officials Tuesday announced the signing of military cooperation pact between the two countries.

Saudi Defense Minister Khalid bin Salman announced the agreement via Twitter, stating it would aid in “developing joint military cooperation between the two countries.” In a second tweet, he elaborated on his meeting with his Russian counterpart, Sergey Shoygu, in which the pair explored ways to “strengthen the military and defense cooperation between our two countries.”

“We aim for a progressive development of cooperation in military and military-technical fields on the entire spectrum of issues that pose mutual interest,” Shoigu said, according to Radio Free Europe/Radio Liberty (RFERL).

Neither signatory party specified any of the deal’s terms, but RFERL noted the signing occurred outside of an arms expo in Moscow. Russia is the world’s second-largest arms exporter aside from the United States while Saudi Arabia is the number one state purchaser of military hardware.

The United States has historically been a major supplier of weapons to the Saudi monarchy. Former President Donald Trump maintained close ties with Riyadh, aiming to bolster the regime against Iran. His arms sales to the Saudis prompted congressional rebuke and Trump subsequently vetoed measures to block arms sales to the country. President Joe Biden, however, reversed course and suspended arms sales to Saudi Arabia and the United Arab Emirates this year.

Russia’s outreach to an agitated U.S. ally also follows Biden’s decision to extend the Afghan War for an extra four months, breaking a deal Trump brokered that would have resulted in an organized military withdrawal by May 1. Biden’s August 31 deadline – on which he has since doubled down – has prompted tens of thousands of U.S. citizens and allied Afghans to swarm Kabul’s international airport in light of a Taliban takeover of the country last week. Thousands remain trapped in the country as of press time following the Taliban’s successful conquest of Kabul and the evaporation of the Islamic Republic of Afghanistan’s forces.

Kremlin expansion in the region has not been limited to the Arabian Peninsula. On the western shore of the Red Sea, Moscow is building a large-scale naval base near Port Sudan allegedly capable of housing nuclear-powered vessels. The station will be Russia’s second naval base outside of the former Soviet Union, the other being a way station in Tartus, Syria.

Closer to Afghanistan, Russia is flexing its military muscle in neighboring Tajikistan. A member of the Collective Security Treaty Organization (CSTO), a military bloc of former Soviet Republics, the government in Dushanbe requested Russian aid to contain security threats and handle refugees following the Taliban’s conquest of Badakhshan province in Afghanistan and most of the border territories. In early August, Tajikistan played host to joint drills between its military and those of Russia and Uzbekistan aimed at preparing for potential security threats from Taliban-led Afghanistan.

Moscow appears eager to recognize the Taliban government – even while the Taliban remains a Russia-designated terrorist organization – and cultivate stronger ties with the new regime, but faces competition for influence from China, which aims to expand its investment in the country.

Saudi Arabia and Russia have signed a military cooperation agreement at an arms expo outside Moscow.

The deputy defense minister said the meeting explored ways to “strengthen military and defense cooperation between our two countries.”

There were no immediate details of the military agreement between Saudi Arabia, the world’s top arms importer, and Russia, the second largest weapons exporter after the United States.

The United States has traditionally been the top arms supplier to Saudi Arabia. According to the Stockholm International Peace Research Institute, Saudi Arabia was the main recipient of U.S. arms transfers in 2016–20, accounting for 24 percent of U.S. arms exports.

“We aim for a progressive development of cooperation in military and military-technical fields on the entire spectrum of issues that pose mutual interest,” Shoigu said during the meeting with Salman.

He noted that Russia had many new weapons systems that have “proven themselves well in Syria,” where Russia’s military intervened to support President Bashar al-Assad in that country’s civil war.

And, for another view

The global financial crisis is set to take another downward turn as investment capital bankers begin waking up to the reality that the show is over sooner than they had hoped it would be. We are running our economy ‘like we’re not interested in maintaining global reserve currency status’ WARNS Billionaire bond investor and founder of the $137 billion DoubleLine Capital