When I first heard Dr. Shiva Ayyadurai I thought he had some good things to say but when I heard him attack Bobby Kennedy Jr.it grated.  I think it is unconscionable to attack someone in that way and to divide a fragile opposition to what is happening.

Microsoft is Why He’s 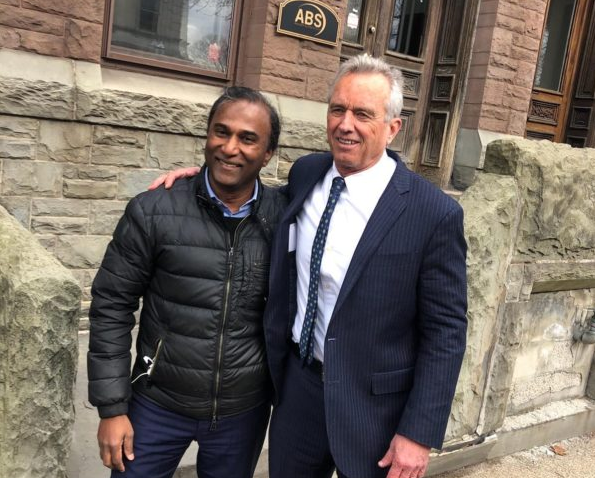 (Note from Erin Elizabeth: full disclosure. I know Mr. Kennedy personally. We have met and worked together numerous times and I am interviewing him in a matter of days. Dr. Mercola will be doing the same. Dr. Mercola, my better half of eleven years, interviewed Dr. Shiva before he know about this, but I did not. I elected not to even pursue an interview with him after I found out this information. I knew just days before this went public.) 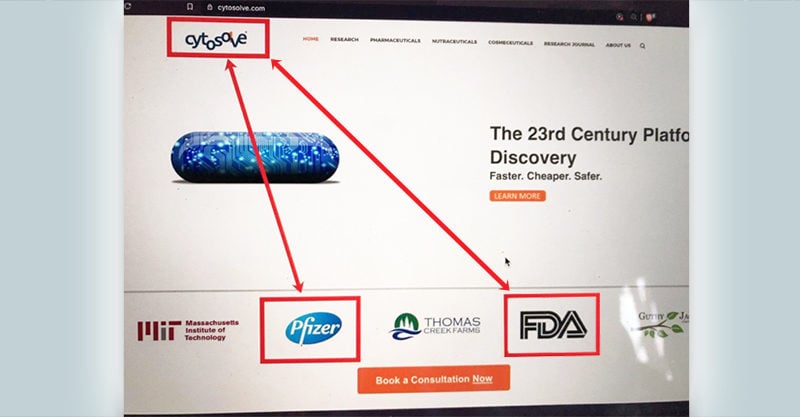 For many months I have remained silent in the face of defamatory and dishonest attacks against me by Dr. Shiva Ayyadurai. My approach was to ignore the sniping to preserve the unity of the Health Freedom Movement. However, Shiva has expanded his malevolent campaign to include venomous salvos against our community’s most prominent and effective leaders, including Del Bigtree, Mark Blaxill, Dr. Rashid Buttar, Polly Tommey and Samoan-Australian activist Taylor Winterstein. Because he now has some of our outstanding spokesmen in his gun-sites, and because his poisonous volleys have begun to damage the solidarity that is critical to our success, I reluctantly make this response.

I had never heard of Shiva when he approached me on the street following a January 6th, 2020 Trenton rally. We had a friendly chat and took a photo. Afterward, he tweeted that I had refused to shake his hand. A half-dozen photos of us shaking hands soon surfaced, proving his statements false. It was only then that I learned he was running as a fringe candidate for U.S. Senate against my nephew, Massachusetts Congressman Joseph Kennedy. It is axiomatic that a man who lies about small things, will also lie about the large. I made a note to fact check Shiva’s assertions. I advise others to take similar precautions. 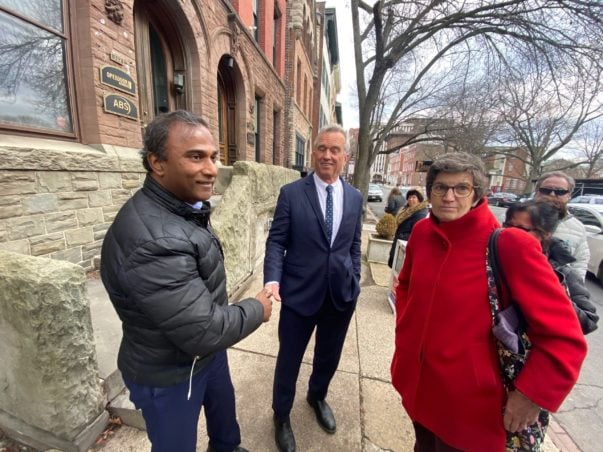 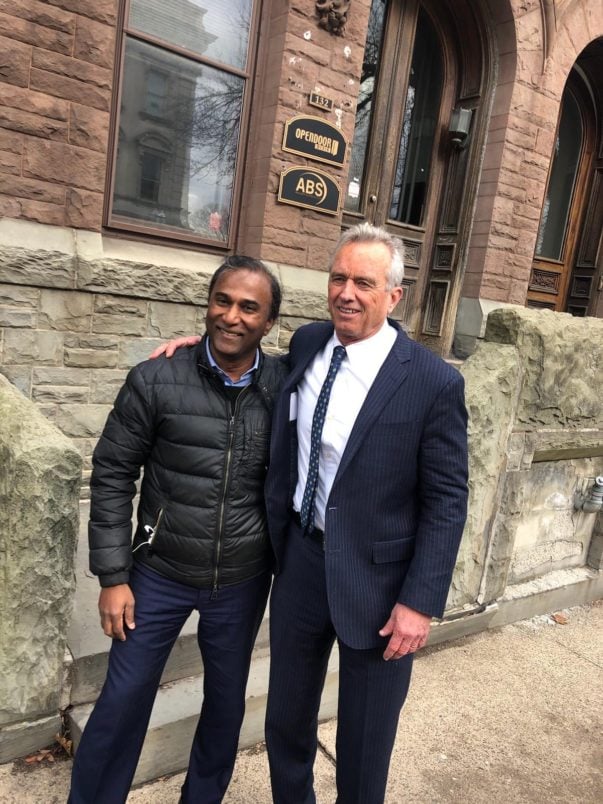 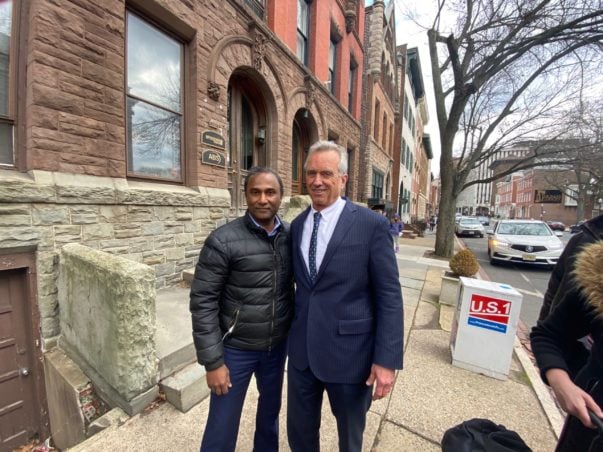 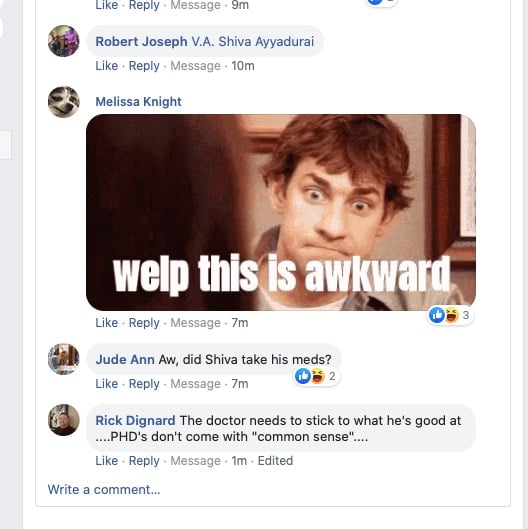 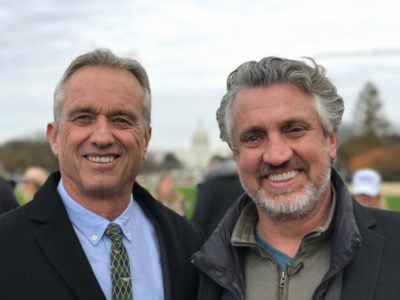 Del Bigtree, Mark Blaxill, Polly Tommey and Dr. Rashid Buttar are battle proven veterans deeply scarred by incalculable personal sacrifices suffered on the front-line trenches during decades of hand to hand combat against Pharma, corrupt regulators and the medical cartel. They have published, litigated, campaigned, debated, testified, strategized, organized, informed, and defended. I am proud to have served with each of them in dozens of state 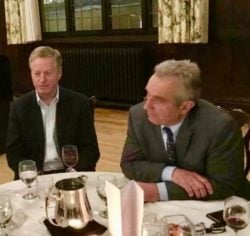 capitals, speaking at rallies, testifying before state legislatures, and meeting with public officials. 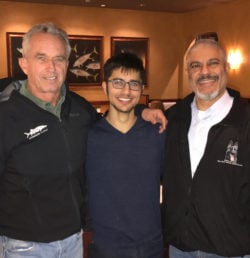 They have emptied their personal bank accounts and, at times, ruined their health in service to our cause. They have each played indispensable roles in building the institutions that have helped us coalesce into the coherent and powerful movement that now threatens the Pharmaceutical paradigm. They have given us every reason to trust them and no reason for doubt. Shiva’s claim that these individuals are “controlled opposition” are patently absurd. 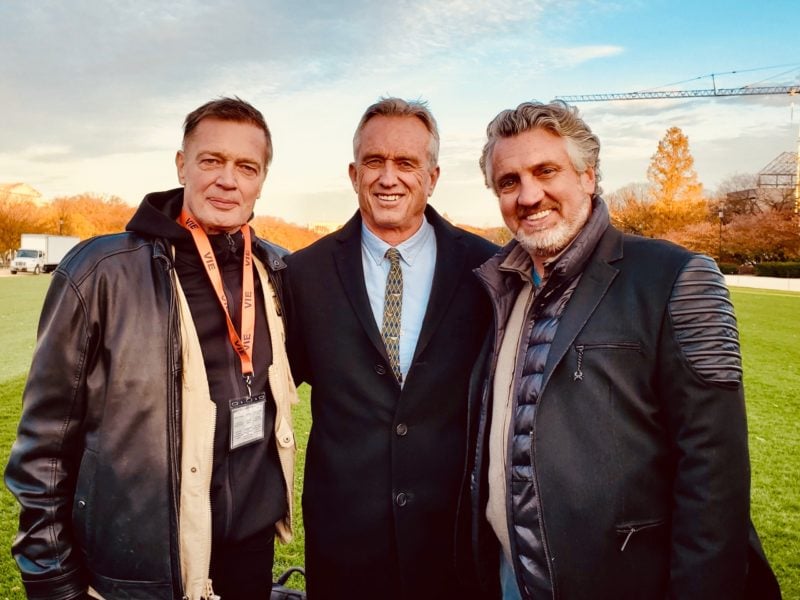 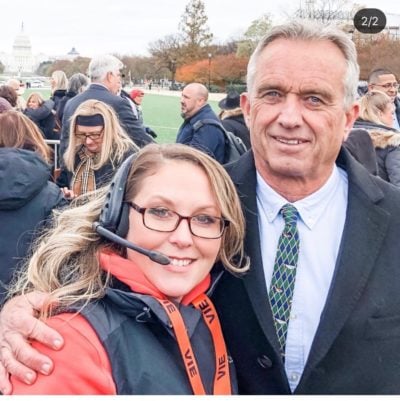 Shiva has viciously attacked the brilliant Health Choice Massachusetts (HCM) organizer, Candice Edwards. Edwards and her HCM co-founder, Allison Chapman lead the battle to derail the repeal of vaccine exemptions in Boston. Shiva tried to sabotage the group’s efforts, by showing up at Legislature Hearings without the science panel he had promised and delivering self-promotional testimony so loaded with insulting vulgarity and invective, that the Public Health Committee shut down the hearing, calling Shiva “a prick.” Shiva then picked a loud fight with one of the moms accusing her of using her child for political purposes. “He threw us under the bus,” Edwards recalls. Shiva accuses Edwards of being “controlled opposition.”

When Shiva calls Movement leaders “controlled opposition,” is he speaking of himself?

Instead of preaching science, Shiva spends money from his Health Freedom donor base digging up dirt on other activists. Shiva employs a full-time “Negative Research” investigator, Jennifer Bennett, to excavate and invent defamatory gossip about Health Freedom Groups and their leaders in Massachusetts and nationally. In his war against our Movement, Shiva employs all the classic strategies and gambits prescribed by psychological warfare experts, in our Intelligence Services, for disrupting social reform movements when they begin to gather steam and threaten the power of entrenched vested interests.

So why, beside malignant narcissism, would a newcomer to our Movement seek to undermine our most effective and influential leaders and divide our forces? I don’t like to speculate about people’s motives, but it is a common motif among a certain species of scoundrel to project their own villainy in their slandering of others. Do Shiva’s accusations that all of us are “controlled opposition” reveal his own motivations?

Some hints to that answer may lie among the things Shiva doesn’t tell us.

Shiva never mentions the fact that he is a vaccine maker. Shiva owns a pharmaceutical company, Cytosolve, that partners with vaccine and drugmakers to accelerate FDA approvals for vaccines and other pharmaceutical drugs. His principal business partner is Pfizer, the world’s #4 vaccine maker. Are Shiva’s attacks on our Movement calculated pandering, to court affection from Pfizer and the HHS regulators––upon whose favor his financial success relies––and to win their blessings by discrediting a Movement that questions vaccine products? 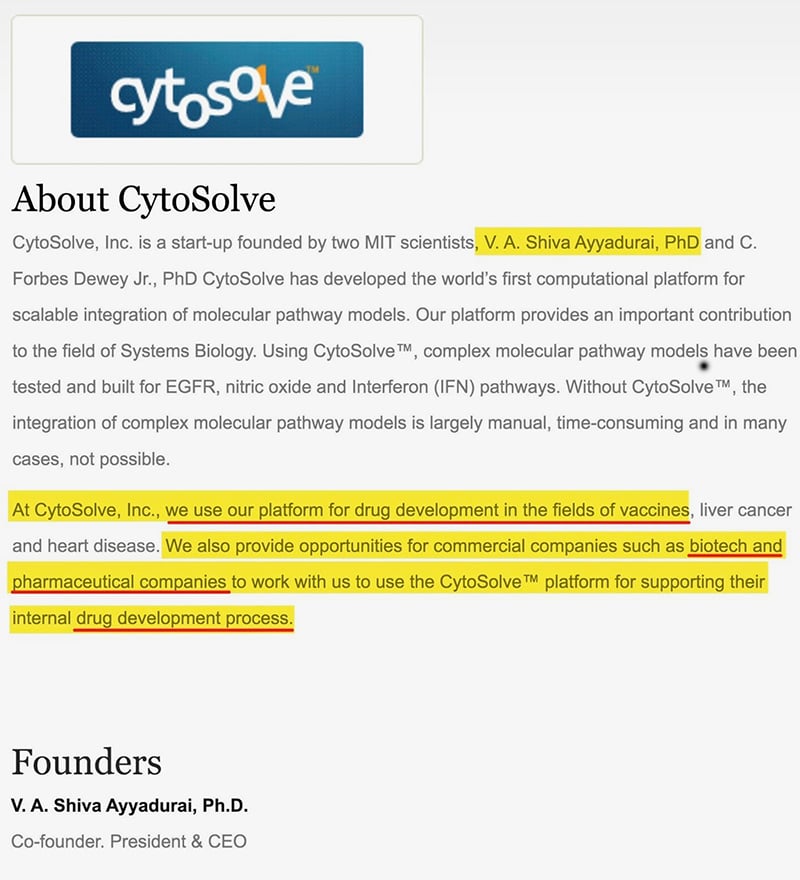 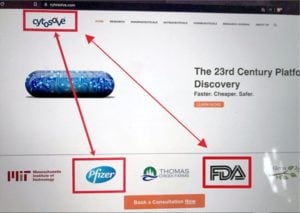 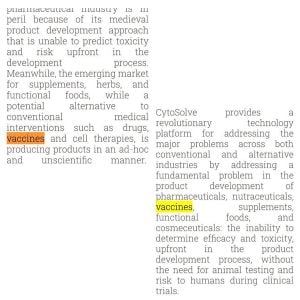 Shiva made his money from the Clintons

Shiva claims to have invented Email (Smithsonian says Shiva’s claim is untrue and a Federal court has agreed). In fact, Shiva made his fortune running Email operations for President Bill and Hillary Clinton during the White House years. (It is ironic, therefore, that he accuses others of consorting with the Clintons). The Clinton contract propelled his company, EchoMail, to a $200 million valuation. 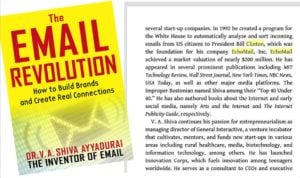 Shiva’s Echomail partner was Bill Gates’ Microsoft. Even today, Shiva lists Microsoft as his partner on his EchoMail homepage. Gates, the world’s most prominent and vocal advocate for universal mandatory vaccination is also a proponent for tagging human beings with injected technologies for tracking vaccine records. Both Microsoft and Gates are leading industry efforts to develop a subdermal biometric chip system. Shiva’s success at dividing our movement and undermining and discrediting our leadership might ingratiate him with these business partners. 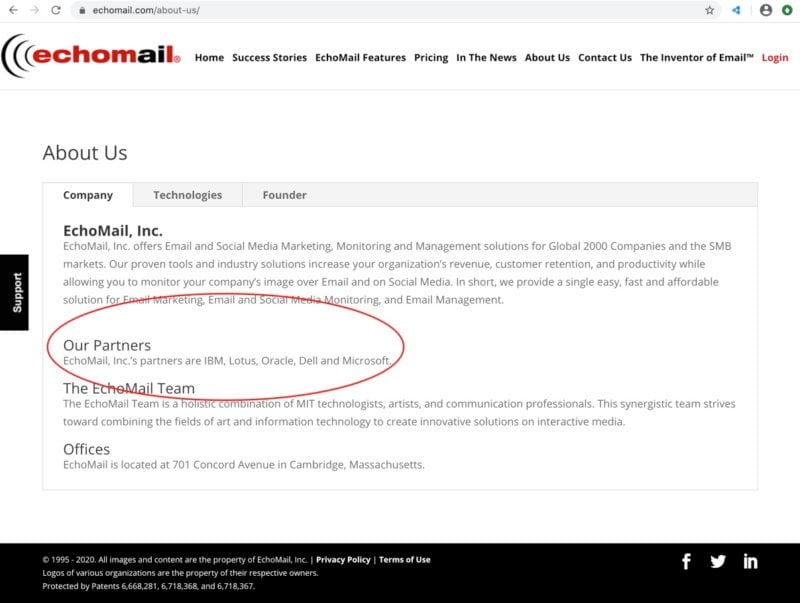 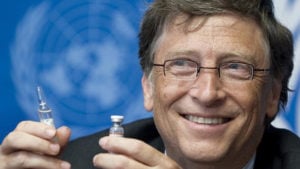 It is noteworthy that Shiva consistently mutes his criticism of Bill Gates, seeking to deflect public anger at Gates towards Hillary Clinton. This makes no sense. Hillary’s views on mandatory vaccines are abhorrent, but unlike Gates whose ownership of the WHO and GAVI, the Vaccine Alliance allows him to dictate global vaccine policy, Hillary is an out-of-work politician with no political power. The Clinton Foundation is virtually defunct and bootless as an arbiter of public health policy. Why does Shiva shield Gates and insist that Hillary is the more important target?

Both Gates and Microsoft hold leading stakes in the burgeoning wireless infrastructure expansion. Gates’ subdermal chip systems will be capable of meshing with Gates’ extensive new 5G antennae and satellite deployments, to harvest, not only our vaccination and medical data, but also lucrative information about our movements, our purchases, and our desires, at the granular level. Shiva lists his other business partners as the principle Big Data Titans, Dell, Oracle and IBM which all stand to make a killing on the current 5G expansion. Is this why Shiva refuses to condemn 5G? 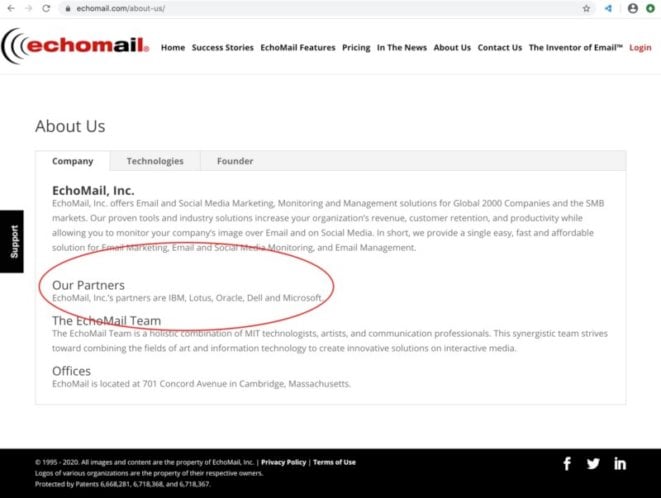 How Does Shiva Escape Censorship?

Shiva is the only leader in our Movement who doesn’t suffer the Social Media censorship that bedevils the rest of us. His capacity to boost his audience, his immunity from shadow-banning and from eviction from his platforms has allowed him to exponentially expand his base, as the rest of us struggle past the censors to reach our audiences, one follower at a time. Why are Facebook, Google, and Instagram showering love on Shiva while they strangle the rest of us? Why does Silicon Valley boost Shiva and smother us? 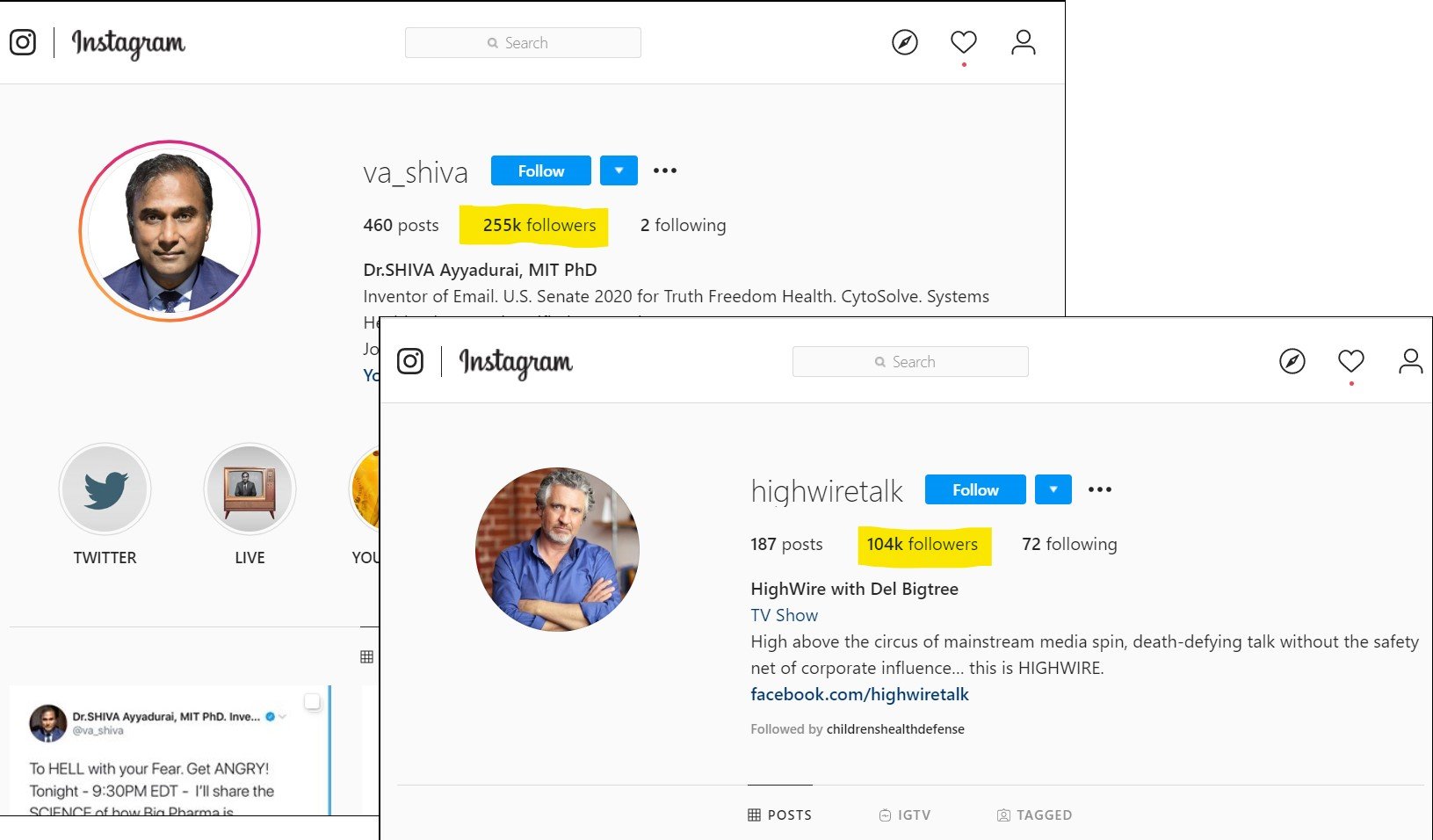 Shiva has previous experience shilling for Big Data/Telecom. In 2010, Shiva served as front man to PayPal’s Silicon Valley titan, Peter Thiel. Thiel was campaigning to destroy Gawker in revenge for its unflattering article about himself. Thiel funded Shiva to file a defamation law suit against Gawker for reporting that Shiva lied about inventing Email. Shiva, of course, lost the law suit, but the ruinous costs of the litigation helped bankrupt Gawker, which was always Thiel’s purpose. Shiva may have discovered, from that transaction, the economic opportunities in shilling for Silicon Valley’s Big Data Barrons.

Silicon Valley is deeply entrenched with the CIA and the Pentagon in cyber-warfare efforts and in developing AI surveillance systems that can compete with the Chinese. The Silicon Valley/CIA partnership has its own secretive Federal agency, the National Security Commission, chaired by ex Google CEO, Eric Schmidt. Their strategy is to roll out 5G as a comprehensive security and surveillance superstructure that will serve as a platform for new surveillance technologies. This sinister cabal undoubtedly see the evolving Health Freedom coalition between anti 5G and anti Pharma activists as an obstacle to their ambitions.

Why Does Shiva Want to Push Democrats Out of the Health Freedom Movement?

Shiva’s insistence that Democrats disown their party, before being welcomed into the Health Freedom Movement, and his attacks on anyone who ever voted for Hillary or any other prominent Democrat, seem deliberately calculated to foment destructive partisanship and to drive Democrats from our Movement. 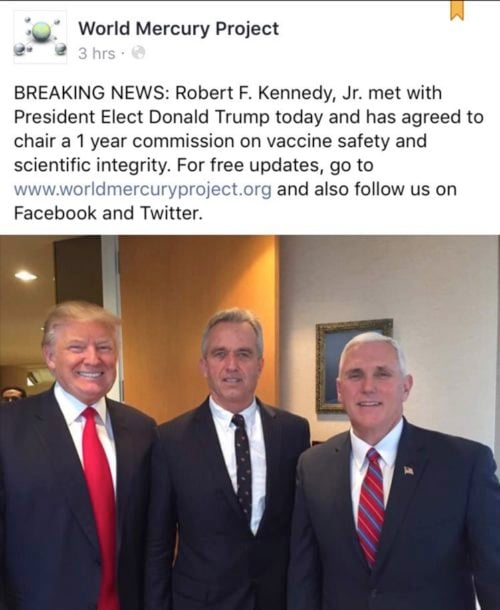 Shiva knows that for us to succeed, our Movement requires political diversity, unity, harmony and a big tent. We welcome citizens of every nation and every political stripe. We don’t impose ideological tests or check party affiliations. I, myself, am a lifelong Democrat, but I understand that this issue must transcend party affiliations. All of our best leaders comprehend that there is no such thing as a Republican child or a Democratic child. I have worked effectively and aggressively across the nation, with Republicans—including President Trump. Trump, who himself donated $1,000,000 to the Clinton Foundation in 2009, did not hold my previous support for Hillary against me. He welcomed the opportunity to burnish the project’s bipartisan bona fides.

Our bipartisan approach is effective, and frightening to Pharma. Is this why Shiva is trying so hard to excite political hatred among our followers, and to polarize us along party lines?

Can Shiva Pass his Own Ideological Test? 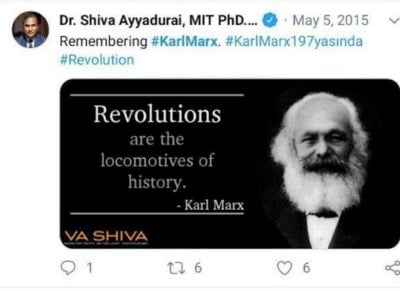 Shiva’s insistence on ideological purity is ironic at best and duplicitous and deceptive at worst, given his own ambiguous political theologies. To win the top spot on the G.O.P.’s U.S. Senate ballot, Shiva persuaded Massachusetts Republicans that he was a staunch, dyed-in-the-wool Right-wing Trump supporter. Elsewhere, however, he brags of being a committed socialist and communist sympathizer. His wavering affiliations beg the question: Who is Shiva, and does he stand for anything beyond personal opportunism? 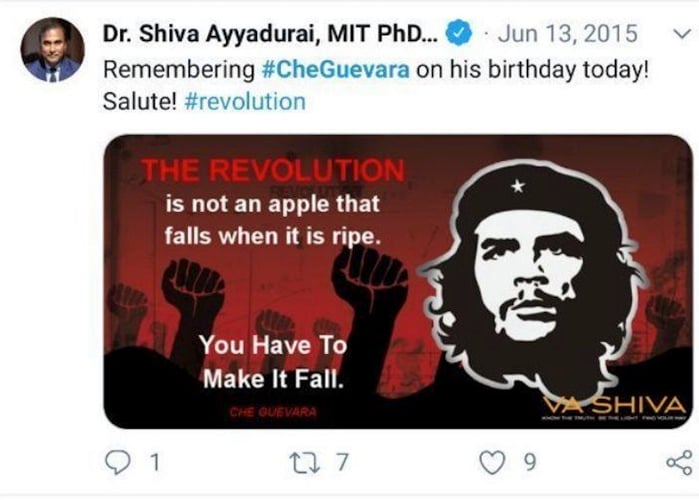 Shiva does not litigate, publish or fund scientific research, build institutions, treat patients, or collaborate with other leaders. He has demonstrated no inclination to work with the rest of us to build a Movement, powerful enough to confront the Big Pharma and the Big Data/Telecom tyrants. He behaves, in every instance, like a man determined to tear down all that others have built up. People who still believe in Shiva might demand to know why he chooses to spare FDA, Pfizer, Microsoft, and 5G his barbs, and to direct his poison instead at our proven leaders. Shiva seems intent on distracting Del, Mark, Rashid, Polly, Taylor, Candice and others from their important work. His sinister, treacherous and destructive rear guard action, fomenting and feeding schism, division, discord, and confusion that harms our Movement, plays directly into the hands of Big Pharma.

Shiva’s followers are entitled to an explanation.

I was wondering where I had seen him and then remembered that he was interviewed by Stefan Molyneux who is not free of some of his own agendas and prejudices and I someone I have a rather complicated relationship with.