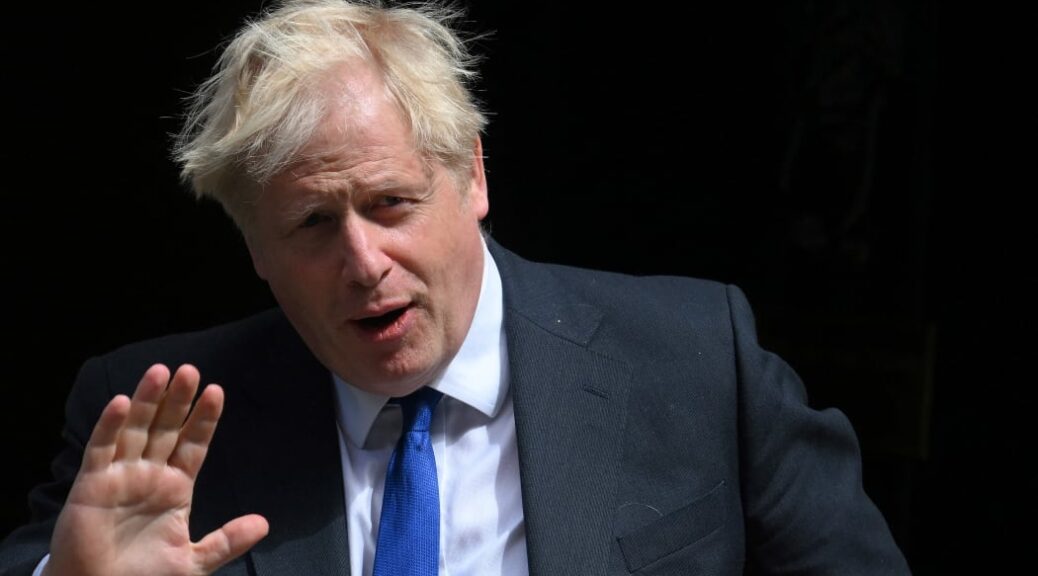 Boris Johnson is defying calls to resign, as he attempts to face down a growing mutiny among his cabinet.

Home Secretary Priti Patel, a former close ally, has joined a group of rebel ministers who are urging the PM to stand down.

But he has defied the growing calls for him to quit, saying it would not be “responsible” for him to go.

He told MPs it would not be right for him to “walk away” amid economic pressures and the war in Ukraine.

Under repeated questioning by senior MPs on the Commons Liaison Committee, he ruled out calling a snap general election, saying the earliest date he can see for one is 2024.

Levelling Up Secretary Michael Gove told him to go earlier, and Business Secretary Kwasi Kwarteng has told the chief whip the PM should resign.

BBC political editor Chris Mason said the rebel group was joined in Downing Street by another set of ministers arguing he should stay.

The BBC has also been told Johnson has been stressing that “millions” voted for him, and questioning whether any of his would-be successors would be able to “replicate his electoral success at the next election”.

Meanwhile, Tory party bosses on the executive of the backbench 1922 committee have postponed a decision on whether to change the rules governing a vote of confidence.

However, elections to replace the committee have been pulled forward and will now take place next week.

Johnson survived such a vote last month, and under the rules as they currently stand he would be immune from another challenge for a year.

They quit within minutes of each other following a row over Johnson’s decision to appoint Chris Pincher deputy chief whip earlier this year.

Their departures have triggered a wave of further resignations, with one in five MPs in government roles quitting their posts.

A senior ally of the prime minister told the BBC: “It’s now a question of how he exits,” adding the situation was “not sustainable”.

He took aim at ministers who have resigned in recent days, saying their decision not to quit before now showed they lacked a “shred of integrity”.

“Isn’t this the first recorded case of the sinking ships fleeing the rat?” the Labour leader said.

And he rounded on those who have stayed in post, mocking them as a “Z list cast of nodding dogs”, keeping the PM in power.

He added they were “only in office because no-one else is prepared to debase themselves any longer”, calling them the “charge of the lightweight brigade”.

Tory backbencher Gary Sambrook accused the PM of blaming other people for his mistakes and was applauded after calling on him to resign.

But Johnson defied calls for him to go, adding he had a right to stay because of the 80-strong majority he won at the 2019 election.

“The job of a prime minister in difficult circumstances, when he’s been handed a colossal mandate, is to keep going – and that’s what I’m going to do.”

In a resignation statement after PMQs, Javid said “treading the tightrope between loyalty and integrity” had become “impossible in recent months”.

He added: “At some point we have to conclude that enough is enough. I believe that point is now.”

Johnson has admitted it was a “bad mistake” to appoint Pincher, despite being aware of misconduct allegations against him.

The row over his appointment comes after the PM’s relations with his backbenchers have been damaged by the Partygate scandal and unhappiness over tax rises.

Several key cabinet ministers have rallied round the prime minister.

However, rebel Tories want to use the upcoming vote to the backbench 1922 committee to scrap the year-long gap between contests, making it possible he could face another challenge later this summer.

How could Boris Johnson go?

If party bosses change the one-year rule on leadership challenges, rebel Tory MPs could try again to oust him later this summer, or in the autumn.

If Johnson lost a vote of no confidence in Parliament, he would have to resign or call an election.

Otherwise, he would have to resign himself – possibly in the face of cabinet pressure, like Margaret Thatcher – or after a fresh wave of ministerial resignations.

Here is some real analysis