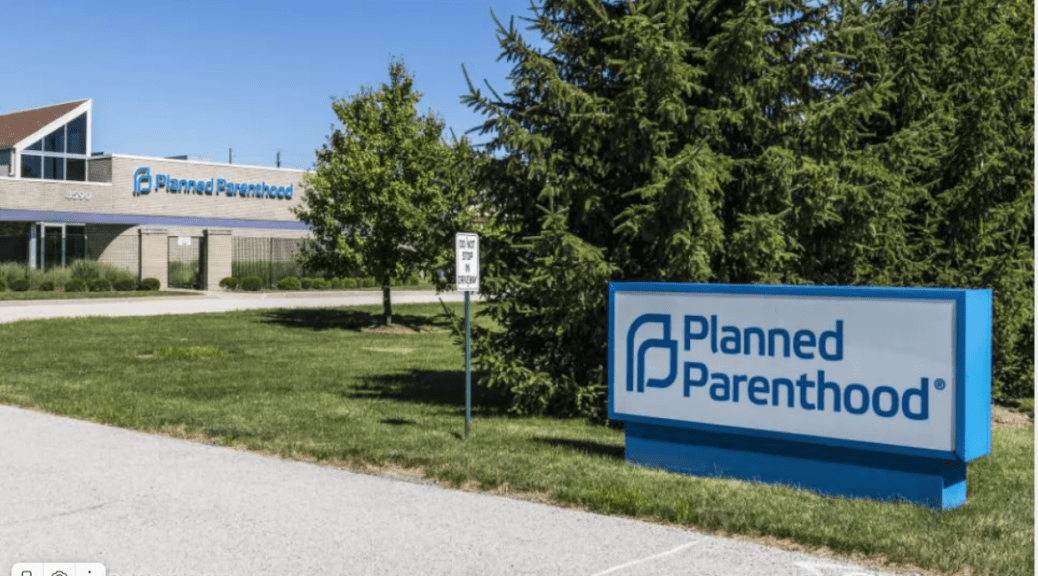 From a Christian source

New revelations have come to light about communist Chinese involvement in the black market for aborted baby body parts.

Mitchell Gerber, an investigative journalist who specializes in the Chinese Communist Party’s (CCP) black market for human organs, told Jeff Dornik of “The Breakdown” that he has uncovered strong evidence of collusion between Planned Parenthood and the CCP.

“The CCP has been using DNA, the organ tissue, and the organs from aborted U.S. babies to sell back to the Chinese Communist Party,” Gerber explained.

“The director of the Chinese Communist Party’s National Health and Family Planning Commission, Li Bin, announced that he would contribute $528 million to Planned Parenthood in exchange for the continued donation of human tissue samples.”

Since forging that partnership, Gerber says the CCP has become the largest repository of human DNA from U.S. persons in history. And he says that human DNA is being used to develop biological weapons.

“This is treason,” Gerber expressed, “and our own government is colluding with the CCP with biological weapons, and that’s a whole other story, but yes they’re using these organs to make massive amounts of money, and they’re doing it deliberately to take over the world, basically.”

Keep in mind that Americans have been voluntarily sending their DNA to the CCP under the guise of figuring out their families’ ancestry.

Companies like 23andMe collect samples and purportedly use them to map out someone’s family tree. In reality, however, those samples are likely making their way into the CCP’s vast DNA repository.

Not just bioweapons but also artificial intelligence (AI) systems are produced from these samples, Dornik says. And our own government is complicit in the deception, hence why Gerber used the word treason to describe what is taking place.

“The CCP is actively seeking Americans’ DNA, ancestry records, etc. in and for the development of bio-weapons they can build that will not affect their own populace,” is how one of Dornik’s subscribers and commenters put it.

WERE ABORTED BABIES FROM AMERICA USED TO DEVELOP COVID “VACCINES?”

Bioweapons certainly are a hot topic these days, and one cannot help but think of the Wuhan coronavirus (Covid-19) and its associated “vaccines” whenever seeing revelations like this that involve the CCP, the abortion industry, and bioweapons operations.

If the CCP really is harvesting babies from the United States and using their body parts to build race-specific bioweapons, then it is not much of a stretch to speculate that Fauci Flu shots are almost certain to be part of that.

The Chinese Virus itself has never been isolated and proven to exist using Koch’s postulates, by the way. The jabs that supposedly cure it contain deadly spike proteins and other mystery ingredients that appear to be the real bioweapon in this whole narrative.

We know those shots contain ingredients derived from aborted baby body parts, as do most other vaccines. With that said, aborted babies have been part of the vaccine industry for many years – and have probably been a part of China’s as well.

PLANNED PARENTHOOD LOVES MONEY, EVEN FROM THE CCP

We know from earlier reporting on Planned Parenthood’s illegal baby body part trade that the abortion mill will do just about anything for cash.

Every potential pregnancy that a Planned Parenthood clinic encounters is immediately recognized as also being a potential abortion – which means more body parts that can generate more cash for its employees.

Mind you, this was more than seven years ago. A lot has developed since that time, including revelations about the CCP’s involvement with the medical “deep state” in our country.

Since the time that O’Donnell spoke out, more has come to light about how the government, which is directly tied to Planned Parenthood, has been colluding with the CCP on bioweapons, censorship, trade and currency manipulation, and so much more.

“They’re cold,” O’Donnell added about Planned Parenthood and the abortion industry at large. “They just wanted their money.”

O’Donnell admitted that she was told by her superiors to pressure women into getting abortions so that their dead babies could be harvested and sold for cash. Whenever a patient could not be convinced to abort, it was seen as “an opportunity you just missed.”

“One needs to remind everyone what a role the Rockefellers played in the establishment of Planned Parenthood,” expressed a commenter at Natural News.