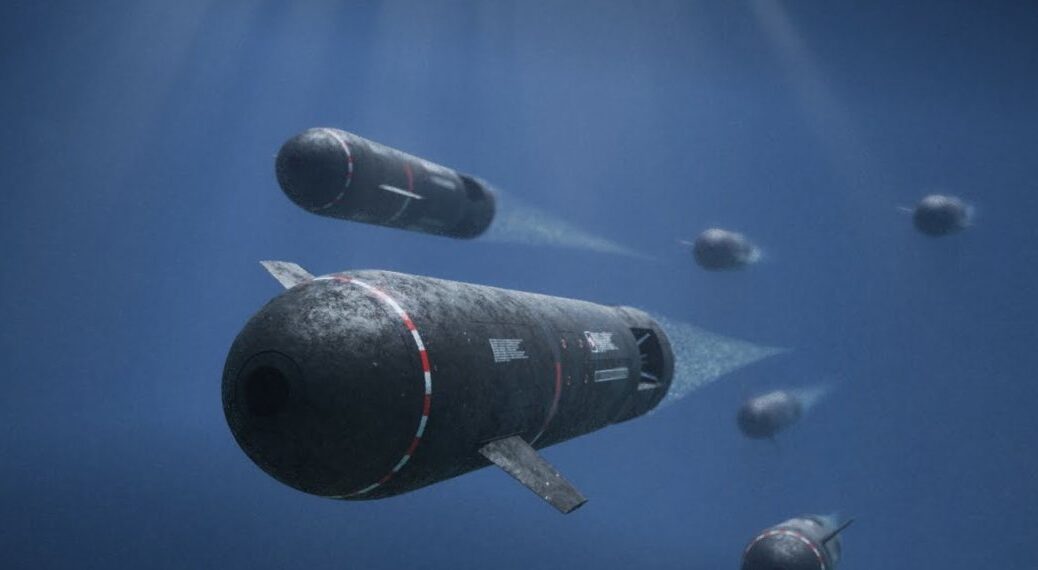 This morning as I post this there is an eerie silence on You Tube. The people who would normally jump in to comment are unusually silent.

Preliminaries to the British-Russian conflict: Wild “wood” to the British ambassador – “London will pay for the bombing of the Nord Stream pipelines”

Liz Truss blew it all up – Details to be released

Britain and Russia are at war, if not on the brink of conflict, as Moscow handed the British ambassador evidence of Britain’s involvement in both the attack on Sevastopol and the blowing up of the Nord Stream pipelines.

Along with the evidence, Moscow delivered an ultimatum to Britain and revealed that the same evidence would soon be made public.

Russian sources speak of a very bad atmosphere in the meeting with the British ambassador, where threats and promises prevailed that London will pay dearly for what happened…

At the same time, the secretary of the Security Council of Russia, Nikolay Patrushev, in his statements referred to the infamous message of Liz Truss to the US Secretary of State A. Blinken. Therefore, it is not just a rumor, but indeed Liz Truss made the biggest blunder in history.

The Russians will prove that the British government is guilty of bombing another country’s critical infrastructure. It is not just an act of international terrorism but an act of war.

It seems that the British are afraid that something serious is about to happen. Let’s see the sequence of events:

Read also : Pure act of war against Russia: Liz Truss nailed the British operation to blow up the Nord Stream pipelines – Here’s why she was “quit”

It is recalled that yesterday, Wednesday 2/11, Maria Zakharova, the representative of the Russian Ministry of Foreign Affairs, said that the British ambassador will be given all the evidence that proves the involvement of Great Britain in the attacks against both the Nord Stream natural gas pipelines and the Russian naval station in Crimea.

In fact, Zakharova had pointed out that these attacks will not go unanswered, while she had assured that after the official information from the British side, all the material would be made public either through the website of the Russian Ministry of Foreign Affairs or through social media.

Let’s start from the beginning.

The British ambassador to the Russian Foreign Ministry

British Ambassador Deborah Bronnert was summoned to the Russian Foreign Ministry today. It arrived shortly after 10:30 am Moscow time. On her arrival she was greeted by a crowd shouting anti-British slogans and holding placards reading “England is a terrorist state”. He left after about 30 minutes.

The reason the Ambassador was summoned was to directly confront the British involvement in the recent attack on Russian naval vessels near Sevastopol and the bombing of the Nord Stream pipelines weeks ago.

“There is no doubt that British intelligence was involved in the terrorist attack on the Black Sea Fleet base in Sevastopol on October 29 and the act of sabotage against the Nord Stream pipeline. We will not be left without a reaction. We have stated this to the Security Council. We have spoken about this publicly… The British Ambassador has been summoned and given the relevant material… the same material… will also be available to the general public… ‘.

“They tried to absolve themselves of responsibility for the terrorist attack. They said they were not even aware of such a thing. It was a very strange reaction. They have contacts, as they always have, with the Russian Ministry of Defense.”

She concluded her remarks by saying:

“There is no doubt that British intelligence was involved in the terrorist attack on the Black Sea Fleet base in Sevastopol on October 29 and the act of sabotage against the Nord Stream pipeline.

We will not be left without a reaction” , said M. Zakharova.

We have stated this in the UN Security Council.

We said it publicly.

And of course, as I have already said, the British ambassador will be called and the relevant material will be given to her.
I promise you that the evidence that will be given to her will also be made available to the general public,” Zakharova asserted.

As Zakharova said, immediately after informing the British ambassador, the information will be made public through the website of the Ministry of Foreign Affairs of Russia and social media.

Zakharova also referred to the reaction of the Ministry of Defense of Great Britain.

“They tried to absolve themselves of responsibility for the terrorist attack.

They said they were not even aware of such a thing.

It was a very strange reaction.

They have contacts, as they always have, with the Russian Ministry of Defense.

First, they could have tried to clarify some things.

It turned out that they knew the answers to all the questions in advance, which is strange.
In the end, no one doubts that he was on the attack.

It is a confirmed fact” underlined Zakharova.

In addition, Russia warns that such confrontational actions by the British ” carry the risk of escalation and may lead to unpredictable and dangerous consequences.”

The Russian Foreign Ministry claims that the British have transported UUVs to Ukrainian territory.

The United Kingdom has trained minesweeper crews for Ukraine and has also transferred a certain number of unmanned underwater vehicles (UUVs) to Kiev, the Russian Foreign Ministry said in a statement Thursday in connection with Britain’s involvement in the terrorist attack on its ships. Black Sea Fleet in Sevastopol.

“In August-September this year, the British conducted training for the crews of minesweepers transported to Ukraine.

There is information that the British Navy has also delivered a certain number of BRAs to Ukraine, ” the ministry said.

Escalation – Telegram to the British ambassador

During her exit from the Russian Ministry of Foreign Affairs, the British diplomat did not want to make statements.

In a statement, the Russian Ministry of Foreign Affairs states that it expressed its strong protest to the British ambassador for the active participation of British military experts in the training of the Ukrainians in order to carry out the attack on the naval station in the Black Sea.

“In connection with the reports of the Russian Ministry of Defense about the participation of Britain in the terrorist attack committed on October 29 on ships of the Black Sea Fleet in Sevastopol, the British Ambassador, Deborah Bronnert was summoned to the Ministry of Foreign Affairs on November 3.

The ambassador expressed Russia’s strong protest against the active participation of British military specialists in the training and resupply of Ukrainian Special Forces units, including for the purpose of carrying out sabotage operations.

At the same time, concrete information was given about such an activity by London,” the Russian Foreign Ministry said in its statement.

As reported, the ambassador was informed that such confrontational actions by the British “risk escalation and may lead to unpredictable and dangerous consequences”.

“The unacceptability of such hostile provocations was pointed out and a request was made that they stop immediately.

In the event that such aggressive actions continue, the responsibility for the consequences and the development of tension in the relations between our states will fall entirely on the British side,” the Russian Foreign Ministry asserts.

The terrorist attacks on the Nord Stream pipelines were beneficial to the US and the UK was involved in planning them, Russia’s Security Council Secretary Nikolay Patrushev revealed Thursday, speaking at a meeting of his Commonwealth of Independent States counterparts.

He recalled that literally from the first minutes after the reports of the explosions along the Nord Stream 1 and Nord Stream 2 gas pipelines appeared, an active smear campaign was launched to assign responsibility to Russia.

“However, it is obvious that the main beneficiary of these terrorist attacks is the US, and the British navy was involved in their planning and execution, according to the Russian Ministry of Defence ,” Patrushev pointed out.

The top Russian official stressed that what cannot be ignored is the text message from former UK Prime Minister Lizz Truss informing US Secretary of State Antony Blinken immediately after the gas pipeline bombing that ” everything is done”.

In general, as Patrushev noted, the US, using the most advanced technologies, created a favorable information field for itself, acting as organizers of smear campaigns and shifting the responsibility for what was happening to other members of the international community.