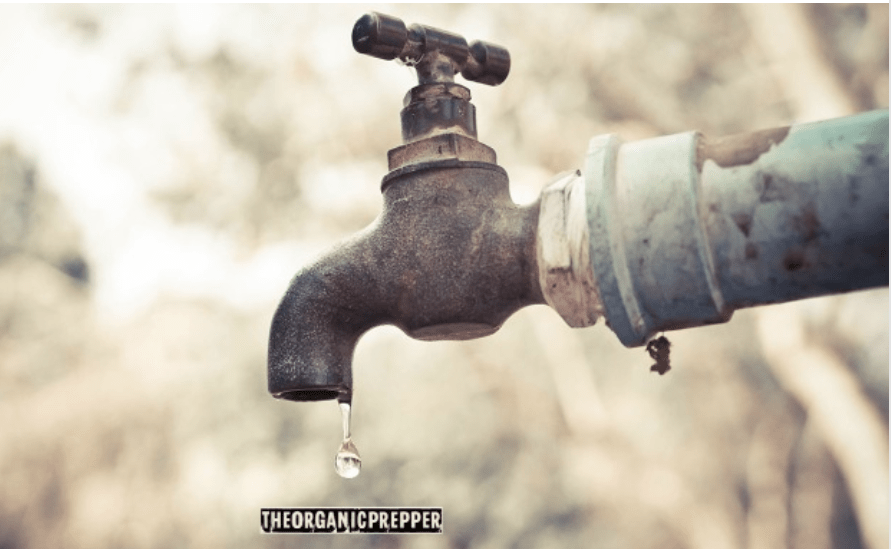 California and Nevada are 100% in drought.

After two water years of dry conditions, both California and Nevada are now 100% in drought. And with dire drought conditions, rapidly decreasing snowpack, and low reservoir levels, concern for wildfire season is growing. Read the drought status update to learn more.

This is a dry spell not seen since the Great Depression and the Dust Bowl days. Because of the drought, Americans very likely will experience a shocking food shortage very soon.

As explained in my previous article, drought is also affecting Arizona, and Colorado and the prairie states like Kansas, Nebraska, and the Dakotas. However, other states such as those in the Midwest and areas considered the nations’ “corn belt” also suffer from the drought.

Midwest states suffering the most

Here are the states in the Midwest currently experiencing drought conditions:

Southeast U.S. is not as bad, but still not looking good

The Southeast United States is faring better. However:

The issue went before the U.S. Congress. From the AZ Mirror:

A drought crisis unfolding across the West will require short-term relief and massive, long-term federal funding to help states weather the effects of climate change, state water managers and lawmakers said at a U.S. House hearing on Tuesday.

Nearly 90 percent of the West is now experiencing drought conditions, according to the federal U.S. Drought Monitor. The problem is particularly acute in the Southwest.

Many states suffer from the driest water year on record

According to the AZ Mirror:

Arizona, New Mexico, Nevada, and Utah just had their driest year in 126 years. Colorado had its fourth-driest year, according to the National Oceanic and Atmospheric Administration.

Snowpack is well below average this year, and early snowmelt is raising serious concerns for this summer.

“Droughts are not new, but many are experiencing the impact of one of the driest water years on record,” Elizabeth Klein, a senior counselor at the Interior Department who is overseeing drought response, said at the hearing before a panel of the House Natural Resources Committee. “Competing demands for water can lead to more conflict.”

Water wars heat up as the dry spell worsens

Among those conflicts are who gets priority for limited water resources: upstream users, farmers, endangered fish, tribes, or municipal water systems.

In some cases, states are in conflict over who has rights to the water. The U.S. Supreme Court has several interstate water disputes on its docket, including cases between Mississippi and Tennessee and Texas, New Mexico and Colorado.

None of these issues are unforeseen consequences

They are the natural consequences of drought brought on, not by mythical CO2-based climate change. But a combination of natural phenomena, human action, and lack of preparation, problem-solving, and adaptation by governments and industry.

We shouldn’t look to Congress to solve the repercussions of the drought. (Unless the solution is giving themselves a raise.) Instead, all we can do is prepare ourselves and our families as best we can.

In other words, hope for the best, prepare for the worst.

I will say it again…

And whatever you think might be the causes, there are no signs that any reasonable solutions will be discovered or implemented any time soon. The best course of action is to prepare and plan. Now. Famine conditions are next on the list of things to worry about.

Scientists are calling it a “mega-drought” brought on by climate change.

It’s taking a dramatic toll on the Colorado River system that provides water to 40 million people in seven states — and may force the federal government to make a drastic and historic decision.

For more than eight decades, the iconic Hoover Dam has relied on water from Nevada’s Lake Mead to cover up its backside. But now, at age 85, it finds itself uncomfortably exposed. Much of the water the dam is supposed to be holding back is gone.

“This is like a different world,” said Pat Mulroy, the former head of the Southern Nevada Water Authority. She told CBS News senior national and environmental correspondent Ben Tracy that Lake Mead, the nation’s largest reservoir, is on track to soon hit its lowest level ever recorded.

This part of the Colorado River system is a crucial water supply for Las Vegas, Phoenix and Southern California. It makes the vast agricultural land of the desert Southwest possible.

Mulroy said, “This landscape screams problems to me. I mean, just look at the bathtub rings. To me, that is an enormous wake up call.”

Lake Mead is at just 37% of its capacity.

It hasn’t been full since back in 2000, when the water came right up to the top of Hoover Dam:

Since 2000, Lake Mead has dropped 130 feet, about the height of a 13-story building. Islands in the lake that used to be completely submerged are now visible.

Back in 2014 Tracy had visited the dam, and asked Mulroy about water levels at Lake Mead, which she described as being at “a pretty critical point.”

Today, Tracy asked, “If you look at 30 feet lower now, what point are we at?”

“We’re at a tipping point,” said Mulroy. “It’s an existential issue for Arizona, for California, for Nevada. It is just that simple.”

For the first time ever, the federal government is expected to declare a water shortage on the lower Colorado River later this summer. That will force automatic cuts to the water supply for Nevada and Arizona starting in 2022. Homeowners have higher priority and, at first, won’t feel the pain as badly as farmers.

Dan Thelander is a second-generation family farmer in Arizona’s Pinal County. The water to grow his corn and alfalfa fields comes from Lake Mead. “If we don’t have irrigation water, we can’t farm,” he said. “So, next year we are going to get about 25% less water, means we’re going to have to fallow or not plant 25% of our land.”

In 2023 Thelander and other farmers in this part of Arizona are expected to lose nearly all of their water from Lake Mead, so they are rushing to dig wells to pump groundwater to try to save their farms.

“The future here is, honestly I hate to say it, pretty cloudy,” Thelander said.

Back at Hoover Dam, facility manager Mark Cook has his own concerns. Lake Mead has dropped so much that it has cut the dam’s hydropower output by nearly 25%.

Mulroy said a rapidly-retreating reservoir may be the new normal – and the millions of people who rely on this water supply will have to quickly learn to live with less of it. “We don’t change unless we absolutely have to,” she said. “Well, when you look out at this lake, I think that moment of ‘it’s absolutely necessary’ has arrived.”

5 thoughts on “California and Nevada Are Now 100% in Drought”